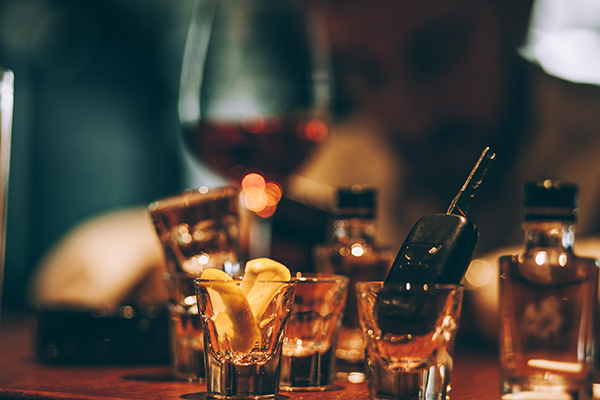 The Ebola effect: HCWs working in teams could protect co-workers, patients from other infections

The Ebola effect: HCWs working in teams could protect co-workers, patients from other infections

The results of a new study suggest that consuming seven to 13 alcoholic drinks per week can substantially raise one’s risk for high blood pressure or hypertension. This contradicts some previous work that has suggested moderate alcohol consumption could lower risk of some heart disease.

Using information collected in the National Health and Nutrition Examination Survey, researchers analyzed data on more than 17,000 U.S. adults. Investigators divided these subjects into three groups: never drinkers, moderate drinkers (seven to 13 drinks per week), and heavy drinkers (more than 14 drinks per week). The researchers also defined hypertension in the following way: stage 1 (systolic blood pressure between 130 and 139 or diastolic pressure between 80 and 89) and stage 2 (systolic pressure above 140 or diastolic pressure above 90). To separate effects from alcohol from other factors known to cause hypertension, the authors adjusted for income, sex, race, and age.

“This study is not only large but diverse in terms of race and gender,” Amer Aladin, MD, a cardiology fellow at Wake Forest Baptist Health and the study’s lead author, said in a statement. “The results are very informative for future research and practice. If you are drinking a moderate or large amount of alcohol, ask your provider to check your blood pressure at each visit and help you cut down your drinking and eventually quit.”

In a study published in late 2018 about alcohol effects, the authors were more blunt: “The safest level of drinking is none.” Investigators came to this conclusion after conducting a systematic analysis of data from the Global Burden of Disease Study 2016 on alcohol-linked disorders and patterns of alcohol use over 25 years worldwide.

"Among the worldwide population ages 15-49 years, alcohol was the No. 1 cause of disability-adjusted life years and the leading risk factor for death, accounting for nearly 10% of deaths in this group,” author Ellen Feldman, MD, noted in her article on this study in the January 2019 issue of Integrative Medicine Alert. “Among all age groups in 2016, 2.8 million deaths worldwide were linked to alcohol use.”

On a similar note, in a recent ethical guideline, genetic testing is not yet ready to predict alcohol dependence. “Alcohol dependence is a complex, multifactorial polygenic disorder,” said lead author Audrey R. Chapman, PhD, in the February 2019 issue of Medical Ethics Advisor. She notes that evidence suggests it is unlikely that one or even a small number of genes will be identified that explain all the variance in its heritability. “Hopefully, the guidelines will help shape future research on the genetic dimensions of alcohol dependence,” Chapman adds.

For much more cardiology-related news and research, be sure to check out the latest issues of Clinical Cardiology Alert and the regularly occurring “ECG Review” feature in Internal Medicine Alert. And also keep an eye out for the soon-to-be-published book, STEMI Watch 2019.