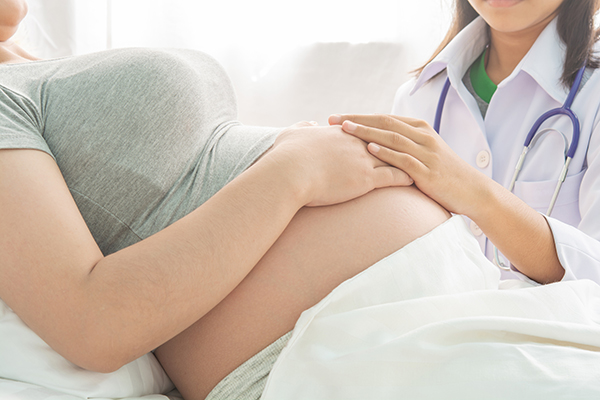 The Push Is On to Reduce Pregnancy-Related Deaths

Investigators combed through national data regarding pregnancy mortality collected between 2011 and 2015 as well as information from 13 state maternal mortality review committees gathered between 2013 and 2017. This work revealed that stroke and heart disease were responsible for 34% of pregnancy-related deaths during this period. Other contributing factors included access to high-quality care, delayed or missed diagnoses, and lack of knowledge among patients and providers about warning signs. By addressing these issues at multiple levels and from various angles, researchers concluded that many of these deaths, regardless of when they occurred, could be prevented.

“Our new analysis underscores the need for access to quality services, risk awareness, and early diagnosis, but it also highlights opportunities for preventing future pregnancy-related deaths,” Wanda Barfield, MD, MPH, FAAP, director of the Division of Reproductive Health in CDC’s National Center for Chronic Disease Prevention and Health Promotion, said in a statement. “By identifying and promptly responding to warning signs not just during pregnancy, but even up to a year after delivery, we can save lives.”

The CDC report arrived days after the American College of Obstetricians and Gynecologists (ACOG) released a practice bulletin about pregnancy and heart disease. The guidance includes information about screening, diagnosis, and management of cardiovascular disease through each stage of pregnancy.

“The rise we’re seeing in maternal deaths is largely due to acquired cardiac disease in pregnancy,” ACOG President Lisa Hollier, MD, MPH, said in a statement. “Most of these deaths are preventable, but we are missing opportunities to identify risk factors prior to pregnancy and there are often delays in recognizing symptoms during pregnancy and postpartum, particularly for black women. The new guidance clearly delineates between common signs and symptoms of normal pregnancy versus those that are abnormal and indicative of underlying cardiovascular disease. As clinicians, we need to be adept at distinguishing between the two if we’re going to improve maternal outcomes.”

The May issue of OB/GYN Clinical Alert contains two major articles about pregnancy. First, the cover feature concerns cesarean deliveries. Even though these procedures today are shorter, accompanied by less surgical fanfare, and are associated with fewer days in the hospital than decades past, the author notes that these operations should be considered major because of the potential for complications.

The second article concerns a recent study in which the use of 150 mg of daily aspirin from 11 to 14 weeks through 36 weeks of gestation reduced the rate of early preeclampsia (PE) in approximately 90% of at-risk pregnancies. “A targeted attack on PE, and the suffering that it causes, is long overdue,” the author wrote. “After reviewing these studies, it is difficult to understand why we are not moving more eagerly toward this two-staged approach in the United States.”

For much more information about this topic, be sure to check out the Relias Obstetrics personalized learning solution, a suite of tools that is designed to help nurses and physicians reduce variation in care and save lives.