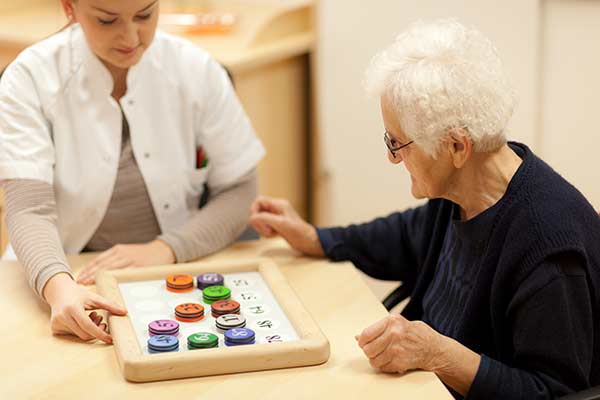 The World Health Organization (WHO) released new guidelines this week regarding how to prevent dementia.

The recommendations highlight the importance of regular exercise, eating a balanced diet, and avoiding alcohol and tobacco, among other important considerations. This advice closely mirrors guidelines produced by U.S. organizations like the Alzheimer’s Association, which also recommends challenging the mind through continuing education, regular reading, and the completion of complex puzzles.

“In the next 30 years, the number of people with dementia is expected to triple,” WHO Director-General Tedros Adhanom Ghebreyesus said in a statement. “We need to do everything we can to reduce our risk of dementia. The scientific evidence gathered for these guidelines confirm what we have suspected for some time, that what is good for our heart is also good for our brain.”

Researchers are finding more connections between a lack of sleep and the development of neurodegenerative disorders. In the May issue of Neurology Alert, Daniel Barone, MD, FAASM, unpacked a recent prospective cohort study of patients with REM behavior disorder in which investigators reported that 73.5% of patients developed a neurodegenerative disorder after a 12-year follow-up.

“Patients with a new diagnosis of [idiopathic REM sleep behavior disorder] should be examined for existing subtle signs of neurodegenerative disorders,” Barrone offered. “Perhaps the most important opportunity for research in the intersection of sleep medicine and neurology is the potential discovery and testing of a neuroprotective strategy to prevent ongoing neurodegeneration in identified at-risk individuals.”

Eating a proper diet to prevent the development of neurodegenerative disorders (along with plenty of other health maladies) is another point around which researchers concur. In the April issue of Neurology Alert, Makoto Ishii, MD, PhD, wrote about a study of the connection between Alzheimer’s disease (AD) and cholecystokinin (CCK), a gut hormone that can suppress appetite. Specifically, researchers set out to determine whether cerebrospinal fluid (CSF) levels of CCK were associated with the onset and severity of AD and if CSF CCK levels were related to changes in cognition, neuroimaging, and AD biomarkers such as amyloid-beta and tau.

Investigators found that CCK levels were associated with better outcomes that may reflect compensatory protection as AD pathology progresses. But Ishii cautioned that because of significant limitations, these findings need to be validated in additional studies. “The authors postulated that as AD progresses, CCK actually is increased to protect the brain from any further injury, which is mitigated by progressive neurodegeneration,” Ishii noted. “Although this is plausible, additional evidence is needed to support this claim, such as by conducting longitudinal studies measuring CCK levels as AD progresses or mechanistic studies in model systems.”

For even further reading on how to strengthen mind and heart health, be sure to check out recent issues of Clinical Cardiology Alert, Integrative Medicine Alert, and Internal Medicine Alert.