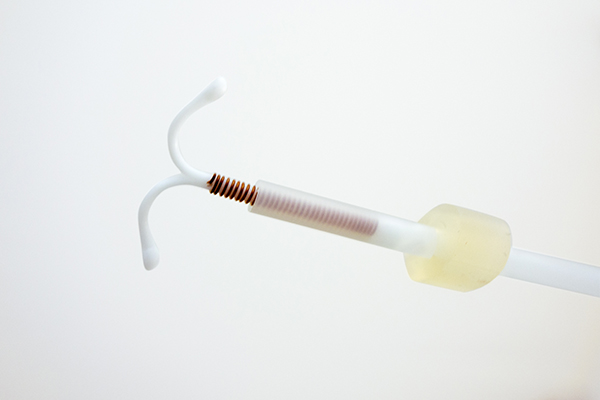 How you can remove HPV vaccination barriers

The 'Get It and Forget It' methods are here: Remove obstacles to use

Despite guidance stating that a patient should be offered the option to begin her chosen long-acting reversible contraception birth control method at the time of the office visit rather than waiting for her next period or returning for another appointment, just 29% of clinicians say they provide same-day placement.

Use of long-acting reversible contraceptives (LARCs) has grown in the United States, but new research indicates that many practitioners still are not providing LARC methods on the same day women choose them.1 Findings from the new study also suggest providers are failing to provide LARC options immediately postpartum.1

According to the latest data, LARC methods now account for 10.3% of women currently using contraception, compared to 12.6% for the Pill and 18.6% for sterilization.2 Whether a patient chooses the intrauterine device (IUD) or contraceptive implant, she should be offered the option to begin her chosen LARC birth control method at the time of the office visit rather than waiting for her next period or returning for another appointment.3 There is no medical reason for providers to routinely require multiple visits to begin any contraceptive method if the U.S. Selected Practice Recommendations for Contraceptive Use criteria for excluding pregnancy are met.4

The use of LARC in the postpartum period is safe, according to the US Medical Eligibility Criteria for Contraceptive Use. This guidance classifies immediate postpartum initiation of IUDs and implants as Category 1 (no restriction for use) or Category 2 (advantages generally outweigh theoretical or proven risks).3

However, not all clinicians are putting the guidance into practice. Findings from a recent survey of American College of Obstetricians and Gynecologists (ACOG) members indicate that although 91% of respondents said they provided IUDs, just 29% provided same-day placement. Nineteen percent indicated they offered immediate postpartum IUD placement and 21% said they offered immediate postpartum implant placement.1

These results mirror those of a similar telephone survey of Family PACT providers’ offices in Los Angeles County, where only about 5% of telephone respondents said clinics offered same-day placement, notes Anita Nelson, MD, professor and chair of the obstetrics and gynecology department at Western University of Health Sciences in Pomona, CA.

Robert Hatcher, MD, MPH, professor emeritus of gynecology and obstetrics at Emory University School of Medicine in Atlanta, notes that Eva Lathrop, MD, MPH, and Denise Jamieson, MD, MPH, trained physicians and their office staff to provide contraceptives to 29,000 women throughout Puerto Rico. A remarkable 96% of women received their contraceptive on the first day they were seen by the clinic; 70% of women received an implant, a levonorgestrel IUD, or a copper IUD.

“If access to contraceptives the first time a patient is seen becomes a priority for a family planning program, the percentage of women receiving their contraceptives the day they indicate they want it will rise dramatically,” Hatcher states.

Will clinicians be seeing more women choosing LARC methods in light of President Donald Trump’s promise to make the 2020 election a referendum on the Affordable Care Act (ACA)? To check this hypothesis, researchers from the University of California San Diego monitored Google searches from the United States for the three most popular reversible methods of contraception (oral contraceptives, IUDs, and condoms) from Jan. 1, 2004, through Oct. 31, 2017.

The results indicate that IUD searches were cumulatively 15% higher (95% confidence interval [CI], 10-20) than expected in the year after the 2016 election, which reflected 10 million to 21 million extra searches. Searches for IUDs were statistically significantly higher in all states except Nevada, and they were consistent across states won by Trump or Clinton. The researchers reported that following the election, searches for oral contraceptives and condoms were stable (0%; 95% CI, -2 to 1) or decreased (-4%; 95% CI, -5 to -2), respectively.5

Under the ACA, most private insurance plans have been required to cover all Food and Drug Administration-approved contraception methods without cost-sharing since the 2013 plan year. A recent analysis of private insurance claims from 2006 to 2014 for women 13 to 45 years of age identified a small but statistically significant increase in LARC device insertions after the contraceptive mandate went into effect.6

“Women’s interest in IUDs appears to be a hedge against ACA repeal by providing long-term family planning,” says Alicia Nobles, PhD, MS, a data scientist at the University of California San Diego and lead author of the research.

The patterns in search trends for contraception revealed by this research appear to mirror the political debate on Capitol Hill. For instance, searches for IUDs reached a record high in May 2017, with 8.3 million searches, when legislation for a repeal of the ACA advanced in the House of Representatives, said Nobles in a press statement.

Women who choose LARC methods may find that their devices provide effectiveness past their labeled indications. Scientists have just presented new six-year data from an ongoing multicenter clinical trial of the Liletta IUD at ACOG’s 2019 Annual Clinical and Scientific Meeting in Nashville.7 The device, which is similar in size to the Mirena IUD, was approved by the federal Food and Drug Administration (FDA) in February 2015. Initially labeled for three years of effective use, Liletta gained FDA approval for five years of effective use in 2018. The newly presented research is part of the company’s efforts to seek approval to relabel the device for six years of effective use.

Investigators shared Pearl Index and life-table analysis information from the ongoing ACCESS IUS (A Comprehensive Contraceptive Efficacy and Safety Study of an IUS) trial. Data indicate the pregnancy rate, calculated as the Pearl Index, in the first year was 0.15 among women who were 16 to 35 years of age when they enrolled in the study. At six years, the cumulative life-table pregnancy rate was 0.87.7

The ACCESS IUS trial includes U.S. women ages 16 to 45 years, women who have given birth and those who have not, as well as obese and non-obese women. According to the presented information, two perforations following IUD placement were diagnosed within the first year, with no additional perforations reported in the trial to date. Expulsions have occurred in 4% of patients (68 participants), with most (73.5%) diagnosed during the first year. Fifteen women (0.9%) were diagnosed with pelvic infection, with most of the infections (73.3%) occurring after six or more months of device use. Forty women (2.3%) discontinued use because of bleeding complaints, with 75% of these discontinuations occurring in the first two years.7

“These latest clinical findings from ACCESS IUS are encouraging as they further reinforce Liletta’s effectiveness and safety for pregnancy prevention in a broad range of women,” said Jessica Grossman, MD, chief executive officer of Medicines360. “These data were included in our recent U.S. regulatory submission requesting approval of Liletta for up to six years of use.”

Science Focuses on the Use of Metronidazole for Endometriosis