Home » Dozens of Medical Groups Call for Prior Authorization Reform

Dozens of Medical Groups Call for Prior Authorization Reform 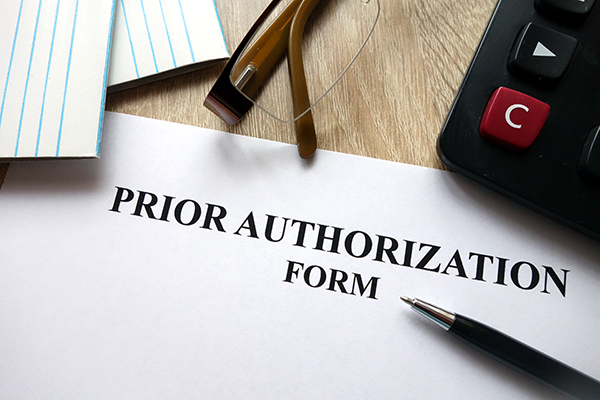 Analysis Details the Burdens
of Prior Authorization

A coalition of more than 100 medical groups recently sent a letter to the Centers for Medicare & Medicaid Services (CMS) calling on the agency to comprehensively address prior authorization reform.

The coalition praised CMS for the agency’s effort to reduce administrative burdens on healthcare professionals through initiatives such as Patients Over Paperwork. In a September 24 speech to the America’s Health Insurance Plan’s 2019 National Conference on Medicare, CMS Administrator Seema Verma acknowledged “doctors are exasperated with the increasing administrative burdens … hassles with prior authorization and quality reporting.”

“Some feel they spend more time haggling with insurance companies than taking care of their patients,” Verma said. “The disastrous result is that physician burnout or moral injury is now at an all-time high.”

However, the coalition letter expressed concern that CMS is too focused on automation as the only way to solve the problem. For instance, CMS backs the Da Vinci Project, which aims to improve the electronic exchange of clinical data by extracting information from physicians’ electronic health records (EHRs).

“Solely concentrating on process automation may set the stage for increased [prior authorization] volume because document exchange will be easier and faster. Patient care delays will continue, as manual review of medical documentation is often required following the instantaneous electronic exchange of data,” the coalition argued. “Furthermore, Da Vinci will allow payers unprecedented access to EHRs. Protections are needed to prevent plans from inappropriately accessing patient information, coercing physicians into using technology (e.g., through contracts), or interfering with medical decision-making.”

Automation is only one of five reforms that constitute The Consensus Principles, a plan drafted by leading healthcare associations and insurance providers. Stakeholders believe these principles can lead to meaningful change. The coalition offered its services to CMS to help the agency institute these reforms.

On the cover of the September issue of Hospital Access Management, author Stacey Kusterbeck reported that the authorization process seems slower than ever, with some registrars telling Kusterbeck that approval for nonurgent services could take up to two weeks.

“Payers are not all the same when it comes to time frames. Major payers (who use third-party utilization management administrators) usually take two or three business days. … In contrast, some Medicaid and Medicare Advantage HMOs take double or triple that time,” Kusterbeck wrote. “Sometimes, no authorization is required — at least according to the payer rep. The problem is that another entity is really the one making the decision. It turns out that a separate company handles authorization requests for the payer.”

Check out the rest of the story to learn techniques that could help speed and simply for the process. And for more information about CMS is trying to reduce administrative burdens, check out this post from Relias Media's "Hospital Report" blog.