Home » Blood Pressure and Brain Lesions: Is There a Connection? 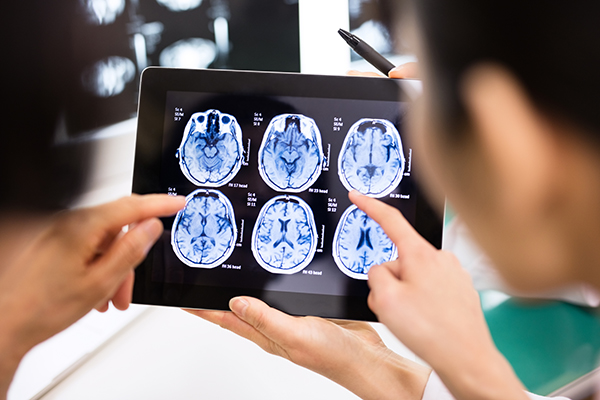 The results of a study published this week suggest that maintaining lower ambulatory blood pressure levels in patients 75 years of age and older could lower the risk of those patients developing brain lesions that can cause dementia or stroke.

The authors noted these positive developments, but cautioned in their conclusion that “three years was likely too short a duration for reductions in accrual of white matter hyperintensity to translate to functional benefit.”

"People who initially reviewed our study were worried 130 would be too low for these older adults," William White, MD, the study's lead investigator and a professor of medicine at the University of Connecticut School of Medicine's Calhoun Cardiology Center, said in a statement. "But we found that both treatments were equally safe. In fact, fewer patients had major heart events when their systolic blood pressure was 130 or less. And the patients whose blood pressure was 130 or lower had significantly less damage to their brain."

Still, while many healthcare professionals seem to agree that maintaining lower blood pressure is good for overall health, just what the exact target should be continues to be debated (specifically, trying to determine how low is too low and for whom).

In the October issue of Clinical Cardiology Alert, Michael Crawford wrote about research in Germany, where investigators from the Berlin Initiative Study (an ongoing prospective, observational study of eligible Berlin residents ≥ 70 years of age) tested the hypothesis that blood pressure values < 140/90 mmHg during treatment of hypertension would reduce all-cause mortality. Those authors found reducing blood pressure to < 140/90 mmHg is associated with increased mortality, and mortality was highest in those with previous cardiovascular events and age > 80 years.

But what does this mean? What does this add to the investigations on high blood pressure that have come before? Perhaps applying narrow guidelines to a wide patient population (especially older patients) is not the best approach.

“The real issue is discovering the driving pressure needed for optimal organ perfusion in the elderly. This probably depends on the individual. Ideally, one would consider the patient’s biological age, comorbidities, and fitness to decide on what should be the optimal blood pressure target,” Crawford explained in his article. “In those with clear vascular disease, higher thresholds for treatment makes sense, whereas healthy, fit elderly individuals may benefit from a lower target. Also, it is recommended that the introduction of antihypertensive medications and their uptitration should be handled more cautiously in the elderly, with particular attention paid to frailty. Frail individuals are going to be more prone to hypotension, syncope, and falls. Thus, in patients > 60 years of age, antihypertensive therapy should be more individualized rather than following strict blood pressure targets.”