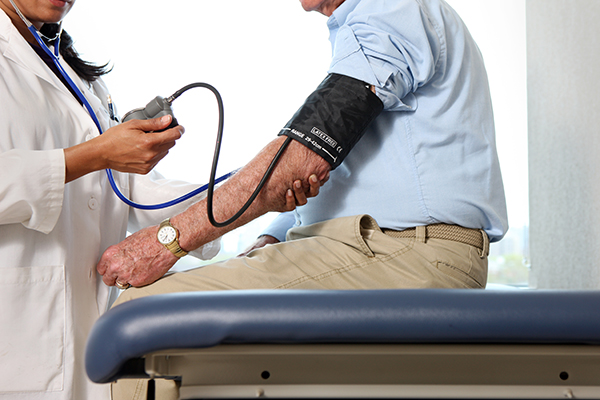 A survey commissioned by the American Medical Association (AMA) and American Heart Association (AHA) revealed many healthcare workers may not receive proper ongoing training regarding their blood measurement skills.

This summer, the two groups polled 2,000 U.S. healthcare workers. Half of physicians and physician assistants said they had not received any re-training on blood pressure measuring after what they learned in school. One-third of nurses and one-quarter of medical assistants said the same. Of those surveyed, half said there should be standardized, required blood pressure measurement training.

“Hypertension is a leading risk factor for heart attacks, strokes, and preventable death in the U.S. Inaccurate blood pressure readings can lead to diagnosis errors, which means getting an accurate reading is vital to treating the condition,” AMA President Patrice A. Harris, MD, MA, said in a statement.

Based on these survey results, the AMA and AHA teamed up to create a new online learning module that provides guideline-recommended training on blood pressure measurement. The groups worked with a healthcare system, two universities, and a national retail clinic chain to test the module’s efficacy.

“We found that the module is extremely useful for providers across all levels of training, from medical assistants through attending physicians. We have no doubt that this will be a practice-changing endeavor,” Debbie Cohen, MD, director of clinical hypertension at the University of Pennsylvania, one of the participating universities, said in a statement.

An article in the December issue of Neurology Alert concerns optimal blood pressure for the secondary prevention of stroke. A group of researchers recently discovered intensive blood pressure lowering tended to reduce stroke recurrence and recommended a target blood pressure that was lower than 130/80 mmHg for secondary stroke prevention.

However, Matthew Fink, MD, noted there were problems with these recommendations. For example, the researchers excluded patients 85 years of age and older. Also, they based many of their findings on a meta-analysis and pooled data from other studies. Further, the researchers ended the study early before drawing firm conclusions.

Speaking of older patients, in the October issue of Clinical Cardiology Alert, Michael Crawford, MD, explored the problem of setting strict, uniform blood pressure targets for this cohort. Through a large population study, investigators discovered reducing blood pressure to lower than 140/90 mmHg was associated with increased mortality, and mortality was highest in those older than 80 years of age and previous cardiovascular events.

“The real issue is discovering the driving pressure needed for optimal organ perfusion in the elderly. This probably depends on the individual. Ideally, one would consider the patient’s biological age, comorbidities, and fitness to decide on what should be the optimal blood pressure target,” Crawford wrote. “In patients > 60 years of age, antihypertensive therapy should be more individualized rather than following strict blood pressure targets.”