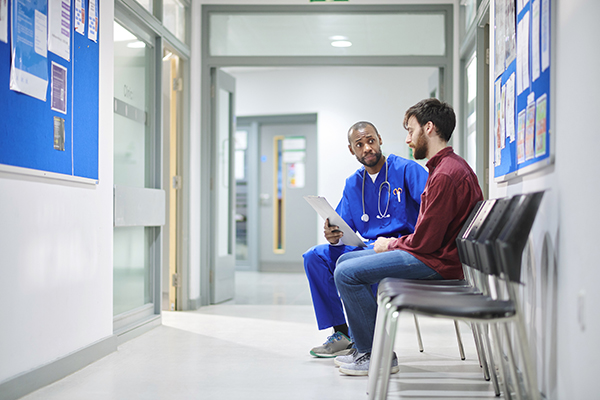 Suicide-Related Calls Involving OTC Analgesics on the Rise in Children

The results of a new study suggest patients who present to an ED to treat self-inflicted wounds or to address suicidal ideation are much more likely to commit suicide in the year after their visit when compared to others with demographic similarities.

Researchers examined the one-year incidence of suicide and other mortality among California ED patients who presented with suicidal ideation and deliberate self-harm that was nonfatal, along with sociodemographic and clinical factors associated with suicide mortality risk. The authors found the probability of suicide in the first year after discharge from an ED was almost 57 times higher for people who had presented with deliberate self-harm than that of demographically similar Californians overall. For those who presented with suicidal ideation, the suicide rate was approximately 31 times higher than among Californians overall.

“Until now, we have had very little information on suicide risk among patients after they leave the emergency department because data that link emergency records to death records are rare in the United States. Understanding the characteristics and outcomes of people with suicide risk who visit emergency departments is important for helping researchers and practitioners improve treatment and outcomes,” Sidra Goldman-Mellor, PhD, lead author and assistant professor of public health at the University of California, Merced, said in a statement. “We think our findings will be useful for guiding intervention and healthcare quality improvement efforts … We think this shows the importance of addressing the full spectrum of their health and social needs in follow-up care."

In 2017, 10.6 million American adults seriously thought about suicide, 3.2 million made a plan, and 1.4 million attempted suicide, according to CDC data. There are various actions underway designed to address this issue. For example, Congress is considering legislation that would allocate $100 million over five years to help ED workers prevent patient suicide.

The January 2020 issue of Hospital Peer Review includes an article about a new partnership between the Institute for Healthcare Improvement and Boston Medical Center. These groups are working to provide a set of best practices for reducing morbidity and mortality related to opioid use disorder, focusing on practical steps that can be taken immediately.

Obviously, treating overdose patients is no easy task, but doing so could even lead to legal exposure, as explained in the December 2019 issue of ED Legal Letter. Say someone overdoses on opioids and is brought to an ED unconscious. Naloxone is administered, and the patient wakes up — and immediately starts walking out of the ED. Perhaps whatever the patient overdosed on, which often is unknown, will outlast the duration of the reversal agent. Twenty minutes later, maybe this patient goes right back to a life-threatening situation. Now what? Legal experts explain a few practices that can reduce risk when an emergency physician must decide between holding an overdose patient or allowing him or her to leave.

Also, it is important for healthcare leaders to monitor their staff, as healthcare workers can be at risk for self-harm — perhaps even more so, as detailed in the October 2019 issue of Hospital Employee Health. A recent study revealed nurses may be at higher risk for suicide than the general population, a troubling revelation that led the American Nurses Association to do something about it. Nursing professionals discussed both solutions and provided current interventions leaders can use to help healthcare workers in need.

The “Rounds with Relias” podcast series includes two episodes that offer even more guidance on how to help both nurses and physicians deal with the struggles of their day-to-day work who may be bordering on burnout (or worse).