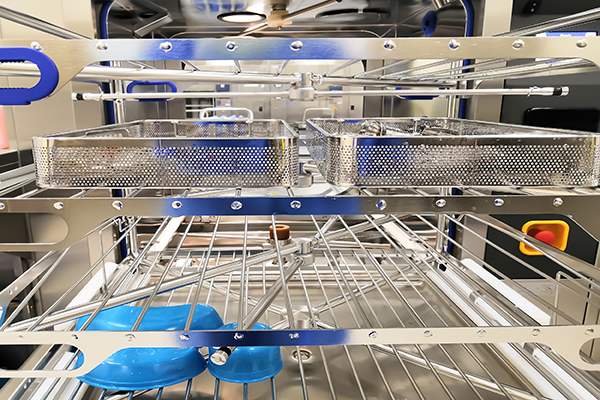 Less than one month after approving the nation’s first duodenoscope with a sterile, disposable elevator component, the FDA has approved the first fully disposable duodenoscope.

Called the EXALT Model D Single-Use Duodenoscope, the device provides visualization and access to the upper gastrointestinal tract to treat bile duct disorders and other issues.

“The availability of a fully disposable duodenoscope represents another major step forward for improving the safety of these devices, which are used in more than 500,000 procedures in the U.S. each year. Unlike duodenoscopes that are used on multiple patients, a fully disposable duodenoscope doesn’t need to be reprocessed, eliminating the risk of potential infection due to ineffective reprocessing,” Jeff Shuren, MD, JD, director of the FDA’s Center for Devices and Radiological Health, said in a statement. “Improving the safety of duodenoscopes is a top priority for the FDA since such devices remain critical to life-saving care for many patients, and the FDA continues to encourage innovative ways to improve the safety and effectiveness of these devices.”

Healthcare workers use duodenoscopes in thousands of procedures annually. The devices are considered a less invasive way to drain fluids from biliary and pancreatic ducts blocked by cancerous tumors, gallstones, or other gastrointestinal conditions. However, it is an elaborate device that includes many parts that can be difficult to clean. These pieces can trap contaminated fluid or tissue; if not cleaned and disinfected properly, duodenoscopes can transmit infection-causing bacteria between patients.

In 2015, the FDA ordered three duodenoscope manufacturers to conduct postmarket surveillance studies to determine if healthcare professionals were reprocessing the devices properly. As part of the process, the companies were supposed to gather samples from reprocessed devices to investigate the types of possible contamination. In March 2018, the FDA issued warning letters to each company, saying they had not followed through on these federal mandates.

In May 2019, during a CDC meeting in Atlanta, it was revealed that 3-5% of duodenoscopes remain contaminated after reprocessing, according to postmarket surveillance. “I am deeply uncomfortable with the period that has gone on with us being aware of this level of risk and the inability to disinfect these devices,” Lisa Maragakis, MD, MPH, co-chair of the CDC’s Hospital Infection Control Practices Advisory Committee, said at the meeting. “It really does call for a disposable product or a complete paradigm shift and redesign.”

Three months later, “in the best interest of the public health,” the FDA released a statement recommending healthcare providers gradually move to using duodenoscopes with disposable parts. Further, the agency also called on manufacturers to update their reprocessing procedures.

For additional tips on effective and efficient scope cleaning, check out this article from the December 2019 issue of Same-Day Surgery.