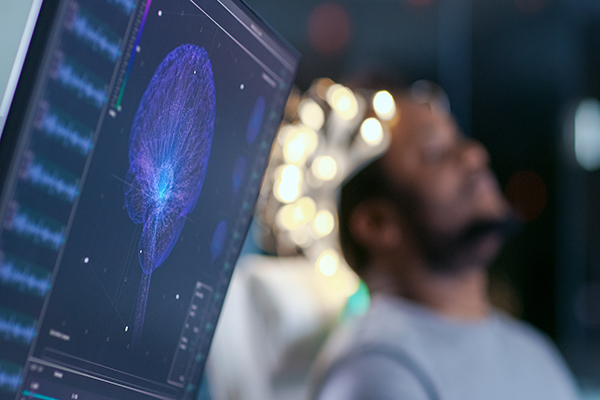 A Good Night’s Sleep is Not Always Necessary

In Defense of a Good Night's Sleep

The results of a small preliminary study revealed that when young, healthy men lost just one night of sleep, their blood contained higher levels of tau, a biomarker for Alzheimer’s disease.

Researchers recruited 15 healthy, normal-weight men (average age = 22 years). Each reported sleeping between seven and nine hours each night. Participants were observed under a strict meal and activity schedule in a sleep clinic for two days and nights. The study authors took blood samples in the evening and in the morning.

Participants were randomized to one of two phases. In one phase, subjects slept well both nights. In the other phase, participants slept well the first night, but were sleep deprived on the second night. Sleep deprivation on night 2 consisted of keeping the lights on and participants playing games, talking, or watching movies. After one night of sleep deprivation, researchers observed an average 17% increase in tau levels vs. an average 2% increase in tau levels after a night of proper sleep.

“Our exploratory study suggests that acute sleep loss results in increased blood levels of t-tau. These changes provide further evidence that sleep loss may have detrimental effects on brain health even in younger individuals,” the authors concluded. “Larger cohorts are warranted to delineate sleep vs. circadian mechanisms, implications for long-term recurrent conditions (e.g., in shift workers), as well as interactions with other lifestyle and genetic factors.”

From gimmick mattresses to special medication, everyone seems to be trying to sleep better. Some researchers are testing unique solutions. The November 2019 issue of Integrative Medicine Alert includes an article about a study of 72 patients with Parkinson’s disease (PD) and major depressive disorder. Participants were treated with bright light therapy (BLT) in their homes for three weeks (10,000 lux twice daily). The authors were attempting to ameliorate subjects’ depressive symptoms. Interestingly, BLT showed some advantages in improving subjective quality of sleep.

“The sleep quality measures were significantly improved in the BLT arm only. It makes sense that this improvement in sleep is linked with the decrease in cortisol levels seen in the BLT arm as well,” Ellen Feldman, MD, wrote. “However, it does give rise to question how the control arm patients noted a decrease in depressive symptoms without an improvement in sleep and if depressive disorder linked to PD is unique in this regard. Again, this clearly is an area for future investigation.”

The connection between diet and sleep quality is another area of study. In the January issue of Integrative Medicine Alert, Traci Pantuso, ND, MS, references other investigations that have revealed a lack of magnesium in one’s diet could lead to poor sleep quality, among other health maladies.

“Magnesium fluxes occur daily and are theorized to regulate cellular time keeping. Magnesium also facilitates NMDA receptor function, which is important in sleep regulation. Magnesium also is a cofactor in the synthesis of melatonin,” Pantuso wrote. “The 2007-2008 NHANES analysis demonstrated lower magnesium intake was associated with very short (less than five hours) sleep. The Jiangsu Nutrition Study, conducted from 2002 to 2007, found that dietary magnesium consumption was inversely associated with falling asleep during the day in women, but not in men. In addition, one placebo-controlled study conducted in the elderly demonstrated improvement in various sleep parameters, including sleep onset latency, sleep efficiency, and sleep time with magnesium supplementation.”

Look for more information on this subject and other evidence-based summaries of the latest clinical neurology research in Neurology Alert.