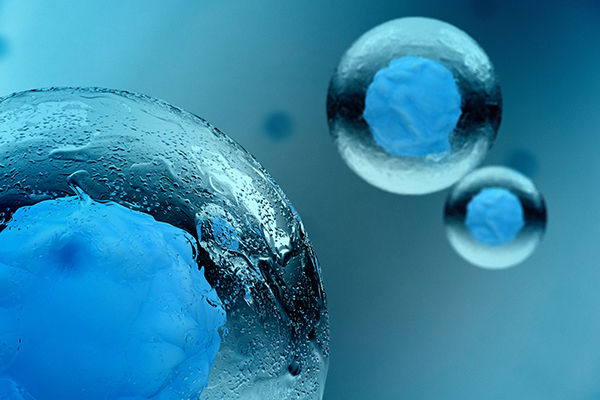 The National Institutes of Health (NIH) is providing funding for a study of FDA-approved drugs and autologous hematopoietic stem cell transplantation (AHSCT) to see which is more efficacious and cost-effective for treating severe forms of relapsing multiple sclerosis (MS).

More than 1 million Americans suffer from MS. The FDA has approved more than a dozen drugs to treat the disease, each varying in cost and efficacy. First- and second-line drugs may not be effective, while third-line drugs can control severe MS, but may cause debilitating side effects. The results of other research suggest AHSCT may treat MS effectively, but no one has formally compared this experimental therapy directly to third-line drugs.

“AHSCT has the potential to halt the progress of relapsing MS, eliminate the need for a person to take lifelong medication, and allow the body to partially regain function,” Anthony S. Fauci, MD, director of the National Institute of Allergy and Infectious Diseases (part of NIH), said in a statement. “However, we need to be certain that the benefits of this form of treatment outweigh its serious risks.”

Investigators plan to enroll 156 adults 18-55 years of age at 19 sites in the United States and the United Kingdom. Participants will be assigned to randomly receive AHSCT or one of the best available drugs. Researchers will follow these subjects for six years. Neurologists who conduct periodic exams and disability assessments will be blinded to the treatment assigned.

Researchers will measure the time elapsed between a subject’s assignment to a treatment and MS relapse or death from any cause, if either of these occur, during the first three years of follow-up. Also, they will compare the newly developing immune systems of subjects on AHSCT with the immunologic features of those who receive drugs. Other measures include disease activity and severity, healthcare costs, and quality of life.

Stem cell therapy shows promise for treating many conditions, but it is important the process is safe and properly regulated. In September 2019, the FDA released a warning about spurious treatments that are illegal and harmful. Not long after, the International Society for Stem Cell Research (ISSCR) issued guidance on informed consent for stem cell-based interventions.

In an article that appears in the November 2019 issue of Medical Ethics Advisor, one member who served on the task force that developed the guidance explained patients need to understand the stem cell therapy offered. This includes whether a governmental authority has asserted its legislative right to regulate, and whether the intervention has complied with all applicable regulations. Further, patients need to understand the risks of adverse effects (and where those data come from), the probability of good outcomes (and of which type) and where that prediction comes from, and if the clinic personnel are medically qualified.

Other investigators recently conducted research into the background and training of clinics offering stem cell therapy, including purported safety and efficacy of advertised treatments. As explained in the December 2019 issue of Medical Ethics Advisor, the authors identified 183 companies in California, Texas, and Florida (the three states with the most stem cell clinics). Of these 183, more than 160 continued to advertise unproven stem cell procedures in 2018. The authors scrutinized what claims those clinicians made about themselves and their training that was posted on company websites. They confirmed these qualifications using state medical board-licensing databases.

Beyond FDA-approved drugs and stem cell therapy, MS patients also may try cannabis to alleviate disease side effects. In the November 2019 issue of Neurology Alert, Ulrike W. Kaunzner, MD, referenced studies that revealed approximately 16-20% of patients with MS use cannabis, 47% have considered using cannabis, 26% have used cannabis in the past, and 20% have spoken with their physician about using cannabis.

“However, consistent benefit from cannabis use needs further investigation, and potential harmful effects on the central nervous system require careful evaluation,” Kaunzner wrote. “Because 40-80% of patients with MS have cognitive dysfunction, researchers need to assess cautiously if and how cannabis use might contribute to cognitive changes seen in patients with MS.”

Indeed, investigators evaluated the effect of discontinuing cannabis use in MS patients. They found ending cannabis use led to significant improvements in memory, processing speed, and executive function. “Recreational cannabis and medically prescribed cannabis contain both THC and CBD, and it might be important to decipher the effects of each compound and investigate their effects on the nervous system independently,” Kaunzner concluded. “This study prompts a careful review of risks and benefits of medical and recreational cannabis use in this patient population, and the effect on cognitive function needs to be discussed carefully.”