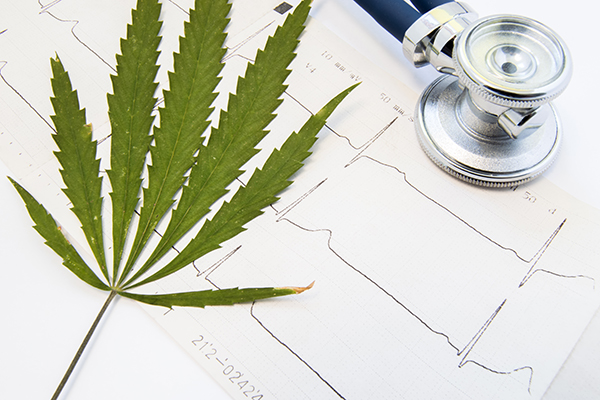 Indiana Patients Turning to EDs for Opioid Use Disorder Assistance

In a recently released report, investigators advised cardiologists to engage in serious conversations with patients who use marijuana and are at high risk for experiencing cardiovascular events, especially as legal medical and recreational cannabis use spreads.

The authors estimated that more than 2 million U.S. adults who are using or have used marijuana may be living with cardiovascular disease. In addition to recreational purposes, this use includes cannabis to treat medical conditions ranging from seizures to pain and nausea associated with cancer. For patients with cardiovascular issues, the authors noted cannabis may not mix well with certain medications, including statins and blood thinners. This, in addition to the risks of smoking marijuana that may be similar to the risks of smoking tobacco.

“Some observational studies have suggested an association between marijuana and a range of cardiovascular risks,” Muthiah Vaduganathan, MD, MPH, who works at Brigham and Women’s Hospital’s Heart and Vascular Center in Boston and lead author, said in a statement. “While the level of evidence is modest, there’s enough data for us to advise caution in using marijuana for our highest-risk patients, including those who present with a heart attack or new arrhythmia, or who have been hospitalized with heart failure.”

In the February issue of Same-Day Surgery (SDS), author Melinda Young outlined some existing organizational guidance for clinicians looking to advise patients about cannabis use. Plenty of medical associations have released position statements addressing medical marijuana, but many cite the lack of research into cannabis as a healthcare product as a barrier to writing comprehensive, evidence-based guidelines.

Healthcare professionals may prescribe cannabis or derivatives, where legal, to treat certain types of pain, or patients may try the drug on their own (legal or otherwise). In another article in the February issue of SDS, Young reports surgery centers treating patients who have been using marijuana or cannabinoids for pain relief or nausea are raising questions about efficacy and side effects.

“When people use cannabinoids for pain, I do believe they seek them out with good intentions,” Edward Mariano, MD, MAS, professor of anesthesiology, perioperative and pain medicine, Stanford University, told SDS. “As an anesthesiologist and a physician who focuses on pain management around injury and surgery, I’m for any innovation that will help relieve suffering. The difficulty with recommending these cannabinoid products is we don’t always know what’s in them, and that’s scary from a physician’s perspective.”

Regardless of these unknowns, medical and recreational marijuana use is becoming legal in more states each year. Thus, this may be creating additional burdens on emergency nurses, according to the results of a recent investigation reported in the January issue of ED Management.

In research led by the Institute for Emergency Nursing Research, a division of the Emergency Nursing Association, investigators collected information from 24 emergency nurses who provide care to patients either in states that have legalized cannabis or in states adjacent to those that have approved legalization. Participants repeatedly brought up the issue of cannabis hyperemesis, the cyclic vomiting that comes from ingesting high levels of THC, the primary psychoactive compound found in marijuana. Nurses noted these patients may deny a connection between consuming THC and vomiting and ask for more tests to determine if some other malady could be causing their illness.

Similarly, there are patients who become pregnant but continue using cannabis, as noted in the October 2019 issue of OB/GYN Clinical Alert. Investigators researched whether associations exist between self-reported prenatal cannabis use and maternal and perinatal outcomes. As in other studies, these researchers noted using cannabis during pregnancy can be risky, but they did not sound major alarms or draw definitive conclusions that would lead to game-changing clinical guidance.

“Assessing the use of cannabis is challenging since detection can be through self-reporting or through laboratory confirmation testing of THC in urine or blood, neither of which is perfect,” author Camille Hoffman, MD, MSc, observed. “Another challenge comes from limitations in existing technologies to assess THC accurately in other tissues (breast milk), which could affect the fetus/newborn directly, and which likely influences reported ‘effects’ and risks.”

For more critical analysis of the latest clinical research in cardiovascular medicine, be sure to read Clinical Cardiology Alert.