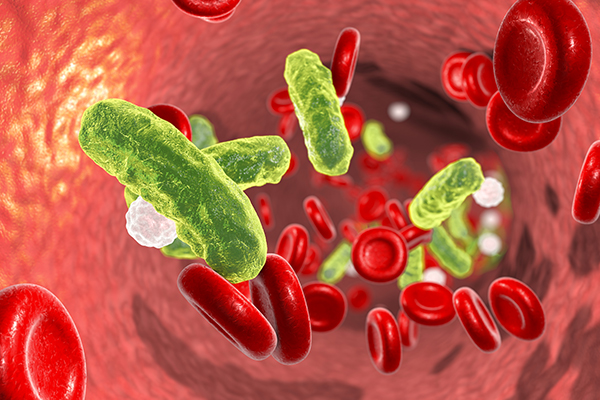 Blind Spot: Many Hospitalized Patients Not Encouraged to Wash Hands

In a series of recently published papers, researchers from the U.S. Department of Health and Human Services (HHS) reported an alarming rise in the number of Medicare patients hospitalized with sepsis between 2012 and 2018.

In what HHS called “the largest sepsis study based on contemporary Medicare data to be published in the United States,” researchers examined more than 9.5 million inpatient hospital admissions. They observed a 22% rise in Medicare enrollment between 2012 and 2018, but this additional beneficiary volume did not explain the 40% rise in sepsis-related hospital admissions during the same period.

The authors noted many of these patients arrived at the hospital with sepsis instead of developing the condition while at a facility. HHS attributed that to wide-ranging efforts to prevent such outcomes. Still, two-thirds of these sepsis patients experienced a medical encounter in the week before their hospitalization. Ten percent of patients with non-severe sepsis died at the hospital or within a week after discharge. Sixty percent with non-severe sepsis died within three years.

Overall, this rise resulted in an estimated increase in Medicare spending from $27.7 billion in 2012 to more than $41.5 billion in 2018 for inpatient hospital admissions and subsequent skilled nursing facility care. The authors projected this figure could reach $62 billion for 2019 (complete data are unavailable to make that precise calculation).

“We were astonished by the study’s results,” Rick Bright, PhD, a study author, HHS deputy assistant secretary for preparedness and response (ASPR) and director of the Biomedical Advanced Research and Development Authority at ASPR, said in a statement. “To save lives in public health emergencies, we must solve sepsis. The findings of this study have implications not only for patient care, particularly after patients are discharged, but also for investments by industry, non-government organizations, and government agencies. Solving sepsis requires working together. Because of the health security implications, we are taking a holistic approach to this national threat.”

Some hospitals and EDs are re-examining how they manage patients who present with sepsis, as reported in the December 2019 issue of ED Management. Data underscore the importance of following the recommended order of tasks within sepsis care bundles. Specifically, investigators found there are significant benefits from ensuring blood cultures are taken before broad-spectrum antibiotics are delivered to sepsis patients. While taking blood cultures should not significantly delay needed treatment, investigators noted their data prove that cultures taken after treatment lose nearly half the clinical information needed to make subsequent treatment decisions.

CHI Franciscan, a system based in Tacoma, WA, with eight acute care hospitals in the region, launched its Inpatient Code Sepsis program in spring 2019 to identify patients at high risk for sepsis and to put them on antibiotics faster, as reported in the December 2019 issue of Hospital Peer Review. CHI saw success with a similar program in its ED before rolling it out systemwide.

The January 2020 issue of Critical Care Alert includes a review of a recent investigation that revealed compared to saline, balanced crystalloids reduced in-hospital mortality and major adverse kidney events within 30 days in critically ill patients with sepsis or septic shock.

Sometimes, certain treatments may not work as well as hoped, as noted in the February 2020 issue of Critical Care Alert. In a randomized, double-blind, placebo-controlled trial, intravenous vitamin C infusion did not influence a change in the modified Sequential Organ Failure Assessment score from the time of infusion to four days compared to placebo.

“The plausibility of a clinical effect of vitamin C in the setting of shock and ARDS [acute respiratory distress syndrome] is well founded. Vitamin C is an antioxidant, and low levels have been demonstrated in the setting of sepsis. Vitamin C also increases the synthesis of norepinephrine and vasopressin, having been defined as a cofactor in the synthesis of these molecules,” author Vibhu Sharma, MD, MS, wrote. “Furthermore, vitamin C has been shown to attenuate increases in cytokine levels that lead to activation and sequestration of neutrophils in the lungs in vitro.”

Sharma highlighted a few design features that may have negatively influenced outcomes. He recommended recruiting a larger cohort, specifically more patients with ARDS due to sepsis of non-thoracic etiology. “Given the exploratory nature of this trial, it seems premature to recommend vitamin C to all patients with sepsis and ARDS,” Sharma stressed. “Careful fluid management is an established intervention with respect to outcomes of interest in this trial, and it ought to be the focus of management rather than who may benefit from vitamin C.”