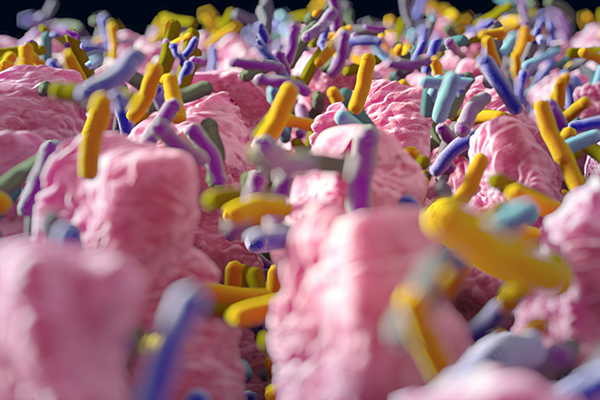 Eating a healthy diet is important, but what happens inside the gut microbiome specifically when one sticks to a plant-based diet? A group of investigators recently discovered that consuming more vegetables and fewer animal products may thwart a certain microbial known to exacerbate heart disease.

The gut microbiome includes various microbials that play important roles. Trimethylamine N-oxide (TMAO) is a metabolite produced when gut bacteria digests nutrients found in red meat and other animal products. Other scientists have connected this action to increased heart attack and coronary heart disease (CHD) risk. Conversely, those who adhere to a vegan or vegetarian diet have been found to have lower levels of TMAO.

Researchers examined data for 760 women (age 30-55 years) from the Nurses’ Health Study. They studied information about smoking history, physical activity, dietary habits, and other demographic data. These participants also provided blood samples at the Cleveland Clinic, taken 10 years apart, so investigators could measure variations in TMAO levels. The authors divided the group in half: 380 cases of CHD and 380 demographically matched control participants without CHD.

Perhaps predictably, participants with CHD had a higher body mass index and reported a family history of heart attack. But these participants also reported not following a healthy diet; thus, they recorded higher levels of TMAO.

The authors did not observe differences in TMAO between the CHD group and the control group when they examined the first blood sample. After looking at the second blood sample, TMAO levels were much higher for those in the CHD group. The authors noted those with the largest TMAO increase were at a 67% higher risk for CHD. Every increase in TMAO was associated with a 23% increase in CHD risk.

Since these authors studied only a small group of women, all of whom are health professionals, additional research that includes a more representative population likely will be necessary before clinicians can draw more definitive conclusions. Still, these researchers believe their work is a good start.

“Diet is one of the most important modifiable risk factors to control TMAO levels in the body,” Lu Qi, MD, director of the Tulane University Obesity Research Center and the study’s senior author, said in a statement. “No previous prospective cohort study has addressed whether long-term changes in TMAO are associated with CHD, and whether dietary intakes can modify these associations. Our findings show that decreasing TMAO levels may contribute to reducing the risk of CHD, and suggest that gut microbiomes may be new areas to explore in heart disease prevention.”

“The findings of the study provide further evidence for the role of TMAO as a predictive biomarker for heart disease and strengthens the case for TMAO as a potential intervention target in heart disease prevention,” Paul A. Heidenreich, MD, MS, and Petra Mamic, MD, wrote in an accompanying editorial. “The results should encourage us to continue to advocate for a more widespread adoption of healthy eating patterns.”

Many researchers are studying the microbiome in various ways for many reasons. In a series of studies in gnotobiotic animals and malnourished children, incomplete recovery from malnutrition was associated with immature gut microbiota, and complementary foods directed to enhance microbiotal maturity improved recovery from malnutrition, as reported in the February issue of Infectious Disease Alert.

“The results of the study support the hypothesis that healthy microbiota is causally linked to healthy growth and development. The model provides a precedent for developing therapeutic foods for acute malnutrition that target healthy development of the microbiome, and provides a new platform from which microbiota-directed changes in health and development can be evaluated,” coauthors Casey R. Johnson, MD, MS, and Philip R. Fischer, MD, DTM&H, wrote.