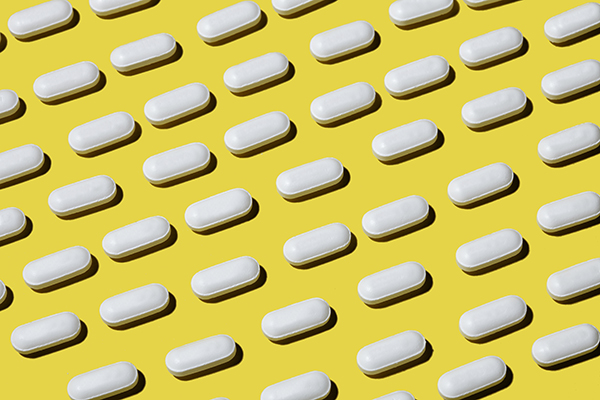 Study: Opioids No Better for Long-term Pain Control Than Nonopioids

Surgeons at a large healthcare system in Texas implemented a multipronged program that reduced long-term opioid prescriptions by 64%.

The authors of a recent study noted opioid prescriptions of longer than five days have been connected to a significant increase in the likelihood of becoming addicted to these pain pills. In the second quarter of 2018, Baylor Scott & White Health, which operates dozens of hospitals and clinics across a large swath of Texas, began offering a series of pain management and opioid stewardship educational sessions. Investigators monitored the electronic health record to track opioid prescribing habits. After six months, these habits were tied to the quality component of physician compensation.

Swaying surgeons was challenging. “As always, to change surgeons’ behavior you have to convince them that it is a benefit to their patients. We had to overcome many years of misinformation on the ‘safety’ of liberal use of opioids after surgery,” Richard Frazee, MD, FACS, lead study author and a general surgeon at Baylor Scott & White Health, said in a statement.

The study population was comprised of more than 31,000 patients who had undergone elective surgery at one of the health system’s facilities between January 2018 and March 2019. Over time, investigators noted a steady decline in the number of prescriptions for opioids that last longer than five days. Specifically, there were 1,228 such prescriptions in the three months before the program started, which dwindled to only 432 in the first three months of 2019. Concurrently, prescriptions for shorter than five days ticked up from 5,133 to 5,923.

Frazee believes this is a model other healthcare systems can use to address their own opioid issues, but it is a process that must be continuous. “The opioid crisis is ongoing; this study is one step in the process to addressing it,” Frazee said. “A continued multipronged approach is needed that incorporates education, pharmaceutical reform, rehabilitation programs, and easy disposal of unneeded prescriptions.”

Surgeons across the United States are developing opioid-sparing methods to help surgical patients avoid narcotic misuse and abuse. During last year’s American Academy of Orthopaedic Surgeons annual conference, this subject was front and center, with many researchers presenting potential solutions. For both surgeons and patients, education may be the best starting point.

“As orthopedic surgeons, we have a social responsibility to decrease the footprint of opiates in our daily clinical practice,” Roy I. Davidovitch, MD, Julia Koch associate professor of orthopedic surgery at the NYU School of Medicine and director of the outpatient joint replacement program and The New York Hip Institute at OrthoManhattan, said in the June 2019 issue of Same-Day Surgery (SDS). “Obviously, only a small percentage of our patients will become dependent on opiates overall, but the vast majority of heroin addicts started out with prescription opiates. It’s definitely necessary for that cycle to be broken somewhere.”

There is much more from the June 2019 issue of SDS on this topic, including a report on international consensus statements that pave the way for opioid-sparing protocols in surgery patients and an article about how the authors of a study found opioid use declined by 75% with a standardized opioid-sparing protocol employed in total joint arthroplasty patients.

Speaking of potential alternative pain management techniques, cannabis use has become more common across the nation as states continue to legalize marijuana, both for medicinal and personal uses. But as noted in the February 2020 issue of SDS, patients undergoing a procedure may be at a higher risk of complications if they use cannabis. For example, marijuana use can produce a sedative effect and may not interact well with anesthesia.

Beyond what happens before and during surgery, this issue of SDS includes information about cannabis as a pain reliever after surgery. While there is anecdotal evidence suggesting cannabis could help relieve some types of pain, there are no detailed, evidence-based guidelines or federal recommendations at this time that would lead to a straight up replacement of all pain pills with cannabis.

“I would not recommend cannabis over FDA-approved medications,” said Kevin Hill, MD, MHS, director, division of addiction psychiatry, Beth Israel Deaconess Medical Center, and associate professor of psychiatry, Harvard Medical School. “One point I make about cannabis for issues like pain is that it’s a viable alternative, but not a first- or second-line treatment. If a patient has tried multiple medications for pain and injectables for pain, then would you consider cannabis for pain, and a lot of physicians still would not.”

“Having the awareness that patients are using cannabinoids has to be seen as an opportunity, an open door to having conversations with patients about their suffering and how they think they’re helped by cannabinoids,” said Edward Mariano, MD, MAS, professor of anesthesiology, perioperative and pain medicine, Stanford University. “That’s an opportunity to find out if there are other approved therapies that can make a difference, as opposed to their using substances that are not federally regulated.”

For further discussion on the opioid crisis, be sure to check out Episode 2 and Episode 12 of the “Rounds With Relias” podcast series.