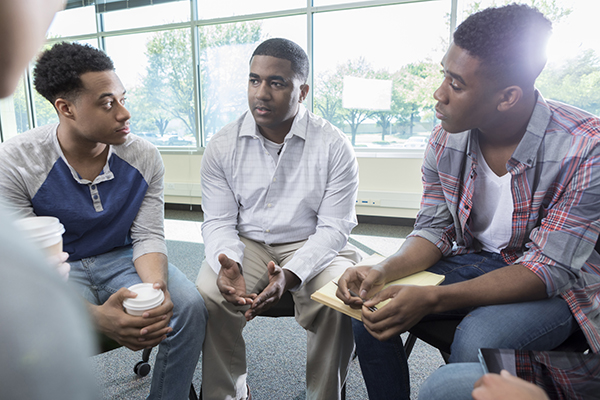 Observed every July since 2008, Minority Mental Health Awareness Month was created to raise awareness about the unique challenges communities of color in the United States face when it comes to mental well-being.

Minorities are both less likely to have access to mental health resources and to seek treatment for mental well-being. In turn, this can lead to higher suicide rates, particularly among young Black and Hispanic Americans. Buffeted this year by the dual traumas of COVID-19 and police brutality, U.S. minorities have been scarred by what one psychologist called “racial trauma” that has become a public health emergency.

Groups such as the National Alliance on Mental Illness (NAMI), Mental Health America, and the American Foundation for Suicide Prevention each are offering various resources to help professionals address mental health concerns.

“We want to raise awareness about disparities in the mental health system — and what we can do about them,” NAMI CEO Daniel H. Gillison, Jr. said in a statement. “Mental health conditions don’t discriminate, and neither should our mental health system. We are calling for systematic change and improved access to culturally competent care, so no one feels alone in their journey.”

In an analysis of the Affordable Care Act, researchers found racial disparities in health insurance remain persistent, as reported in the August issue of Hospital Access Management (HAM). The good news is those living in states that expanded Medicaid access have enjoyed much better insurance coverage. However, overall progress has stalled, even eroded, since 2016.

The cover story of the August issue of Medical Ethics Advisor (MEA) is about how ethicists can help address racial disparities in healthcare. “Hospitals and health systems need to recognize that it’s not enough to simply avoid actions that are affirmatively biased against minority groups. What’s needed is affirmative efforts to overcome a deeply ingrained history of exclusion,” Carl Coleman, JD, professor of law at Seton Hall, told MEA. “Ethicists should identify the lack of attention to these issues as an ethical problem and ensure that it is taken seriously by institutional decision-makers.”

A good starting point is ensuring ethics committees are well-rounded and diverse. Such groups can help appropriately address a wide range of issues — capacity, pain management, availability of translators, and informed consent— and how to properly handle these for patients of color.

The August issue of MEA goes on to break down racial disparities that exist in healthcare research, both from the lack of diversity among research participants and the struggles among investigators of color to receive adequate funding.