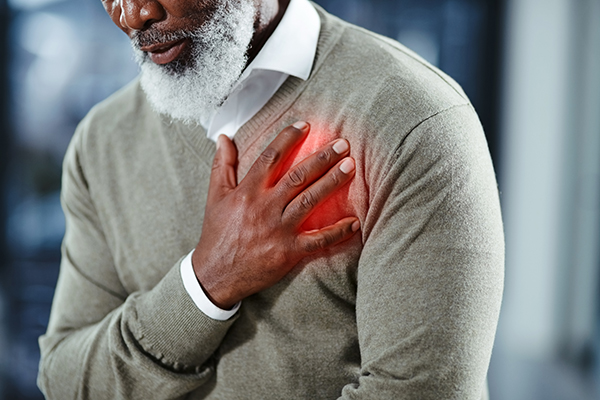 Assess and Act to Prevent ‘Dangerous and Deadly’ Legionnaires' Disease

The first paper concerns an analysis of data from the Jackson Heart Study, an ongoing investigation of heart disease among Black residents living near Jackson, MS. The authors examined information on 1,845 African American participants age 21 to 85 who self-reported episodes of discrimination.

Between 2000 and 2004, the period of participants’ initial study-related, in-clinic exams, the authors did not observe high blood pressure. But as more follow-up visits occurred between 2005 and 2013, investigators noticed 52% of participants had developed hypertension. Medium levels of reported lifetime discrimination equated to a 49% higher likelihood of developing hypertension, even after considering other lifestyle factors.

"Traditional risk factors, such as diet and physical activity, have been strongly correlated with hypertension, yet important psychosocial factors like discrimination, which also have the potential to negatively impact health, are rarely considered when evaluating the risk for hypertension among African Americans in healthcare settings," Forde said in a statement. "However, medical care is not enough. More broadly, our results suggest how social determinants such as racism and discrimination affect health in measurable ways. Addressing these factors is critical to reducing rates of chronic diseases."

In the second paper, researchers observed higher rates of mortality and other major adverse events among Black patients after percutaneous coronary intervention (PCI).

Using data from the Cardiovascular Research Foundation, the authors analyzed 10 prospective, randomized, controlled trials (n = 22,638). Patients were white, Black, Hispanic, and Asian. Investigators assessed baseline characteristics such as PCI outcomes at 30 days, one year, and five years. Although Black patients represented less than 2% of the study population, the authors observed that five years after PCI, Black patients experienced poor cardiovascular outcomes at a rate of 23.9%, leading all groups.

The authors acknowledged the small sampling of Black and Hispanic patients, as well as the perhaps overly broad designation of Hispanic as a race instead of an ethnicity, could have led to some selection bias and other limitations. Despite the need for more (and larger) analyses, these results underline the consequences of racial disparities.

“I am hopeful that the increased societal attention to racial disparities prompted by recent social injustices will translate to improved healthcare and outcomes for minorities,” Gregg W. Stone, MD, senior study author and professor of cardiology at the Icahn School of Medicine at Mount Sinai, said in a statement. “But it won't just happen without active concerted efforts to promote change and opportunity, a task for government, regulators, payors, hospital administrators, physicians, and all healthcare providers.”

For more critical analysis of the newest clinical research in cardiovascular medicine, be sure to check out the latest issues of Clinical Cardiology Alert.