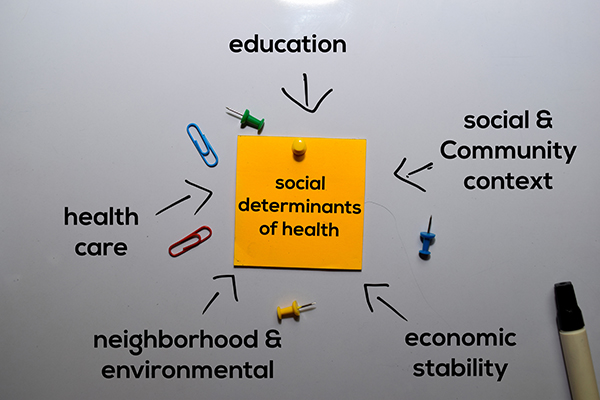 Cannabis Use and Stroke Risk: The Debate Continues

Incremental increases in social determinants of health (SDOH) were associated with higher stroke risk in U.S. adults age 75 years or younger, according to the authors of a recently published study.

Investigators examined data from the REasons for Geographic And Racial Differences in Stroke (REGARDS) study, which included 27,813 Black and white U.S. adults (average age = 65 years). Over a median follow-up of 9.5 years, the authors observed 1,470 cases of incident stroke. Among these stroke cases, the authors identified at least 10 possible SDOH candidates; they eventually narrowed the list to seven: income, education, race, health insurance, social isolation, ZIP code poverty, and living in a state that ranks near the bottom in public health infrastructure quality.

"We found significant health disparities that have a profound impact on people's lives, especially in vulnerable populations," Evgeniya Reshetnyak, a study author and senior research data analyst at Weill Cornell Medicine, said in a statement. "There is a cumulative effect of multiple social determinants of health. In fact, every additional disadvantage further increases stroke risk."

The analysis did not include Asian or Latino participants, tobacco exposure was limited to cigarettes only, and there were other SDOH candidates not considered, including environmental factors, police brutality, perceived discrimination, and perceived racial discrimination in the penal system. Additional research controlling for these factors may be useful.

Still, healthcare professionals can start working on the SDOH-stroke issue now. The authors recommend focused interventions, especially among Black women and those living in Southeastern states — groups that were among the most vulnerable observed in this analysis. Consider outreach and educational programs, paired with improvements in lifestyle (e.g., smoking cessation, healthy diets).

"Early interventions are crucial for reducing stroke disparities. Although social determinants of health are difficult to change, their effect can be mitigated with timely interventions," Reshetnyak said.

In the May issue of Hospital Case Management, author Melinda Young reported on a case management program focused on SDOH, which helped a hospital system cut its emergency department (ED) revisit rates in half.

Leaders placed a care coordinator in the ED to help identify “frequent flyers,” people who visited the ED two or more times and who were readmitted at least once, all within 30 days. The coordinator works with these patients to overcome SDOH, mainly transportation problems, understanding and/or obtaining medication, and cultural barriers (e.g., an immigrant who needs translation assistance and more education about how the overall system works).

For more information about stroke, check out Stroke 2019: Excellence in Diagnosis and Care, a resource that includes modules covering stroke prevention, management and treatment, and detailed reviews of the latest research in stroke (the 2020 edition will be released later this year). For evidence-based summaries of the latest clinical neurology research, be sure to read new issues of Neurology Alert.