Home » Protect the Brain from Air Pollution with … Fish?

Protect the Brain from Air Pollution with … Fish? 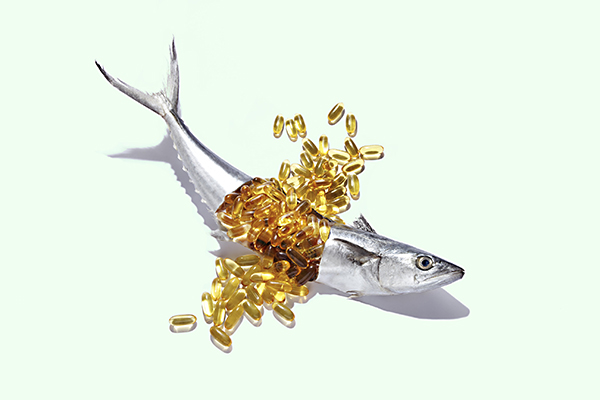 That Fish You Ate Might Protect Against Colorectal Cancer

The Role of Prebiotics in Diabetes Mellitus

Older women who eat more than one or two servings of broiled or baked fish or shellfish each week may be consuming enough omega-3 fatty acids to protect their brains against the negative effects of air pollution, according to the results of a recently published study.

“Fish are an excellent source of omega-3 fatty acids and easy to add to the diet,” Ka He, MD, ScD, study author and researcher at Columbia University, said in a statement. “Omega-3 fatty acids have been shown to fight inflammation and maintain brain structure in aging brains. They have also been found to reduce brain damage caused by neurotoxins like lead and mercury. We explored if omega-3 fatty acids have a protective effect against another neurotoxin, the fine particulate matter found in air pollution.”

Participants underwent blood tests, the results of which were used to measure levels of omega-3 fatty acids in red blood cells. Subjects were divided into four groups based on these levels. The authors also used home addresses to determine three-year air pollution exposure averages for every woman. Finally, each subject underwent an MRI to assess various brain areas, including white matter and the hippocampus.

After adjusting for factors that could be associated with brain deterioration (e.g., smoking, age), He and colleagues observed those with the highest levels of omega-3 fatty acids in their red blood cells also exhibited larger volumes of white brain matter.

“Our findings suggest that higher levels of omega-3 fatty acids in the blood from fish consumption may preserve brain volume as women age and possibly protect against the potential toxic effects of air pollution,” He said. “It’s important to note that our study only found an association between brain volume and eating fish. It does not prove that eating fish preserves brain volume. Since separate studies have found some species of fish may contain environmental toxins, it’s important to talk to a doctor about what types of fish to eat before adding more fish to your diet.”

Another limitation was the study population included only older white women, so it is difficult to generalize these results. Also, it may be worth the time for other researchers to conduct similar investigations of how air pollution affects people in early life and mid-life.

Still, there is a growing body of evidence suggesting the health benefits of consuming more omega-3 fatty acids. This includes a lower risk of unhealthy aging and potential improvements in cardiovascular health, as reported in a recent issue of Integrative Medicine Alert. Further, when it comes down to a choice between consuming red meat or eating a combination of poultry and fish for better overall health, the latter may be a better prescription, as recently detailed in Internal Medicine Alert.

For more on this study about connections between omega-3 and air pollution, along with other evidence-based summaries of the latest clinical neurology research, be sure to read new issues of Neurology Alert.