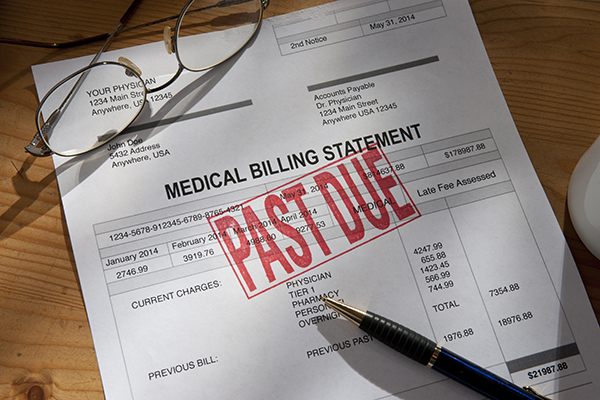 Update: WHO Relents, calls for Expert Zika Panel to Decide Fate of Olympics

Surprise billing in healthcare is an issue that everyone seems to agree is bad, but a silver bullet solution does not exist. The latest development came this week in the form of a report by the Department of Health and Human Services (HHS) that suggests Congress should lead the effort to eliminate surprise billing.

The report authors discussed surprise billing and why it is a problem. They also acknowledged the patchwork solutions various states have enacted in recent years to try to fix the problem. However, at the heart of the report, HHS believes “federal legislation is the appropriate remedy.”

Congress has not been ignoring the issue. The HHS report highlighted three actions (two House resolutions and a Senate draft compromise) that all were under consideration in committee. The American Hospital Association (AHA) shared ideas of its own to help federal lawmakers.

Then the COVID-19 pandemic began, and everything else took a back seat. The HHS report pointed to how Congress and the Trump administration, separately and together, implemented a few protections against balance billing as part of broader relief packages for the public and the nation’s healthcare system.

But although the industry was enthused about tackling this issue in February, a letter sent to Congress one day after the HHS released its report indicates the nation’s hospitals may have gone cold on dealing with surprise billing. The AHA, along with several other similar associations, asked Congress to put the matter on the shelf — at least for now.

“During this time, when hospitals and health systems are already in economic straits as they work to recover from an unprecedented public health emergency, we ask that if you include surprise medical billing legislation in the next COVID-19 relief package, you ensure it does not further destabilize hospital finances,” the groups wrote. Specifically, the groups are opposed to setting fixed payment rates for unanticipated out-of-network care. “These proposals will only incentivize insurers to further narrow their provider networks and would also result in a massive financial windfall for insurers.”

Regardless of philosophical differences, the Trump administration is dug in. “President Trump and his administration have done their part to deliver historic transparency around the prices of many procedures,” HHS Secretary Alex Azar said after the release of the HHS report.

Azar was referring to Executive Order 13887, which President Trump issued in June 2019, and led to this report’s creation. More importantly, that order led to the publication of two rules. The first requires hospitals to publicly disclose their standard charges for the items and services that they provide. The second proposed rule would require similar disclosures from most individual and group insurance providers. The first proposed rule already has withstood one federal court challenge this year, although the AHA expressed its intent in June to appeal.

Despite the uncertainty, all may not be lost, as the AHA and others ended their letter to Congress on a note of optimism: “We look forward to continuing to work with you toward a federal legislative solution that definitively protects patients from surprise medical bills while ensuring a balanced approach for both healthcare providers and insurers to resolve payment disputes.”

Until then, patience is required on all discussions regarding medical bills. As noted in the September 2020 issue of Same-Day Surgery (SDS), 5.4 million laid-off Americans lost their health insurance between February and May. This article goes on to explain how surgery center leaders can be flexible with their collection practices to ensure their businesses survive while accommodating struggling patients.

There is plenty of information about price transparency and surprise billing in the Relias Media archives. The August 2019 issue of Hospital Access Management (HAM) was devoted to price transparency, and again more recently in the January 2020 issues of HAM and SDS. Click here for more.