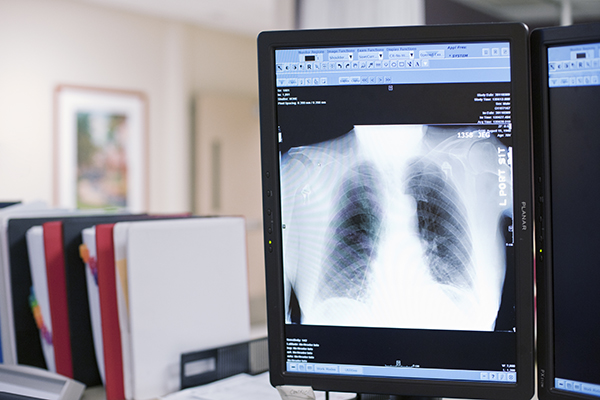 In a report led by scientists from the National Cancer Institute (NCI), investigators credited advances in precision medicine for the decline in deaths from non-small cell lung cancer (NSCLC), which accounts for about 75% of U.S. lung cancer cases. Specifically, the treatments include immunotherapy drugs, which boost the body’s immune system, and targeted therapy, which attacks particular parts of a cancer cell.

The authors examined the NCI Surveillance, Epidemiology, and End Results (SEER) database on lung cancer mortality and information from local cancer registries. For NSCLC, investigators observed death rates have fallen faster than new case rates. In men, new rates declined 3.1% per year between 2008 and 2016, while death rates declined by 6.3% per year between 2013 and 2016, a period when using targeted drugs became popular. Similar trends were observed in women with NSCLC.

Further, the authors noted the percentage of patients with NSCLC who did not die from it within two years after receiving the diagnosis increased from 26% to 35% among men and from 35% to 44% among women between 2001 and 2014. But even with pharmacologic leaps forward, the authors could not ignore the effect of smoking cessation on these trends.

“Reduced tobacco consumption in the U.S. has been associated with a progressive decrease in lung cancer deaths that started around 1990 in men and around 2000 in women. Until now, however, we have not known whether newer treatments might contribute to some of the recent improvement,” Douglas R. Lowy, MD, NCI deputy director and co-author of this study, said in a statement. “This analysis shows for the first time that nationwide mortality rates for the most common category of lung cancer, non-small cell lung cancer, are declining faster than its incidence, an advance that correlates with the [U.S. Food and Drug Administration] approval of several targeted therapies for this cancer in recent years.”

Meanwhile, in a different report authored by a group from Northwestern University, it appears deaths from pulmonary embolism (PE, simply known as lung clots) are climbing after a decade that saw a steady decline in such mortality. Between 1999 and 2008, PE deaths in the United States declined, on average, 4.4% annually. Then, the rate started climbing an average of 0.6% annually. People older than age 65 years have been hit hardest.

“Death rates for PE are rising and seem to be doing so across age, race, and geographic regions," Karlyn Martin, MD, assistant professor of medicine in the division of hematology/oncology at Northwestern University's Feinberg School of Medicine and lead author, said in a statement. "We expected there to be higher rates in older people. But we found a significant number of younger people dying from PE as well. We don't know what's causing it, but it's a worrisome trend that needs dedicated study to find out why."

The analysis by Martin and colleagues revealed even more concerning information. For example, they observed a 23% increase in premature and preventable deaths from PE that occurred between 2008 and 2014 among people ages 25 to 64 years. Additionally, the observed PE death rate for Black women and men was consistently higher than that of white people over the study period.

Mary Cushman, MD, medical director of the Thrombosis and Hemostasis Program at the University of Vermont Medical Center, called this “a wake-up call that we are going in the wrong direction."

"These data, for the first time, describe an alarming trend that is impacting Black Americans in particular," said Cushman, who did not work on the Martin et al report. "We need to know what's underlying the drivers to prevent this and stop it from rising further."

For more news on these topics, be sure to read the latest issues of Clinical Cardiology Alert and Internal Medicine Alert.