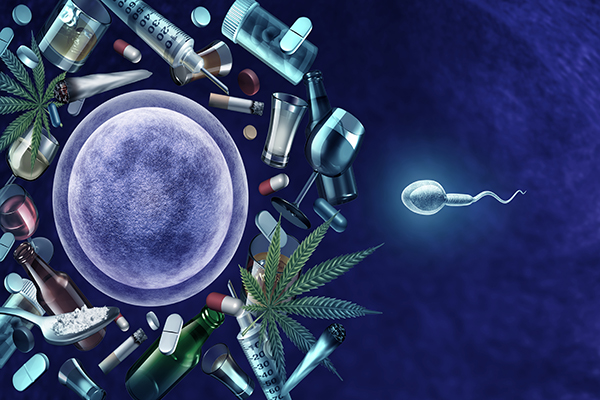 Intercourse at the Time of Implantation Confers Lower Chance of Conception

Preterm Premature Rupture of Membranes: When to Deliver?

Women who use opioids may experience trouble conceiving or, if pregnant already, may lose the fetus, according to research led by the National Institutes of Health.

Investigators examined data from the Effects of Aspirin in Gestation and Reproduction (EAGeR) trial, which was a study of low-dose aspirin as a treatment for pregnancy loss prevention. Participants were women age 18 to 40 years with a history of one or two pregnancy losses (n = 1,228). The authors followed participants for six monthly cycles if they did not conceive or throughout pregnancy if they did. Participants submitted urine samples, which the authors analyzed for various prescription opioids.

During their research, investigators observed 228 women used opioids while trying to conceive. Of 685 participants who conceived, 33 used opioids early in their terms. Using opioids before becoming pregnant was associated with a 29% lower chance of successful conception vs. those who did not use opioids. Among participants who conceived, those who took opioids around the time of conception were 1.5 times as likely to miscarry as women who did not. Women who took opioids in the initial four weeks of the term were more than twice as likely to miscarry. Participants who used opioids four to eight weeks into the term were 2.5 times as likely to lose the fetus.

“Our findings indicate that women who are pregnant or planning a pregnancy should, along with their physicians, consider the potential effects opioids may have on their ability to conceive or sustain a pregnancy,” Kerry Flannagan, PhD, primary study author, said in a statement.

Recognizing the growing urgency of the opioid epidemic, the American College of Obstetricians and Gynecologists in 2017 released this detailed committee opinion regarding opioid use during pregnancy. While much of these guidelines concern how clinicians can help pregnant women coping with opioid use disorder, one recommendation calls for minimal or outright avoidance of opioids for chronic pain management in women who are pregnant. To prevent addiction among this population, the guideline authors suggested nonopioid pharmacologic treatments and alternative tactics, such as physical therapy and exercise.

For more on this and other related subjects, please read the latest issues of Contraceptive Technology Update and OB/GYN Clinical Alert.