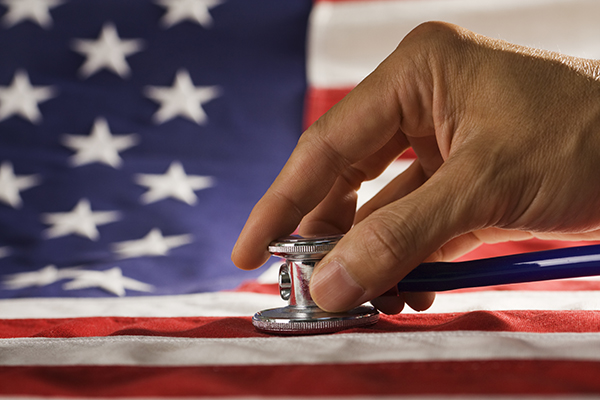 In the fifth edition of “Healthy People,” the plan includes 355 measurable objectives with 10-year targets. New to this iteration are targets related to youth e-cigarette use, opioid addiction, and social determinants of health.

"Healthy People 2030 adopts a more focused set of objectives and more rigorous data standards to help the federal government and all of our partners deliver results on these important goals over the next decade,” HHS Secretary Alex Azar said in a statement.

Certainly, there was no shortage of people who weighed in on the creation of Healthy People 2030 — 13 “thought leaders” from across the country and another committee of subject matter experts who work for more than 20 different federal agencies. Setting these goals is important, and the inclusion of new urgent public health matters such as opioid addiction in the latest plan is a welcome sign. But how effective are these decennial plans?

Since 1979, the federal government has released a Healthy People plan at the start of each decade. In each plan, federal agencies list priorities and set targets to achieve in 10 years. The plan does not carry statutory authority or set hard mandates that lead to penalties if left unachieved; rather, Healthy People plans are designed as starting points to help state and local jurisdictions steer their own healthcare policies.

As Fielding and colleagues explained in this 2013 paper, “the effectiveness of Healthy People has been measured by comparing initial status (baseline data) with mid-course and final assessments made at the national level to determine how much change actually has occurred over the decade and whether targets actually have been achieved.”

“These assessments have often revealed a lack of progress toward many targets and a widening of health disparities in relation to many health indicators,” Fielding and colleagues explained. “The lack of progress raises awareness of the weaknesses of the U.S. healthcare system and questions the ability of Healthy People to overcome these weaknesses.”

As each decade nears an end, state and local jurisdictions weigh in on what worked and what did not about the previous plan to influence the creation of the next iteration of Healthy People. This 2018 report from the Association of State and Territorial Health Officials (ASTHO) cited funding shortages, lack of proper data-sharing, and a “cumbersome” slate of topics and objectives as challenges for making headway on Healthy People 2020 goals. The report even suggested 10 years per cycle may be too long “because data and priorities become outdated.”

For the 2030 plan, ASTHO suggested it be “more holistic in its scope by prioritizing multisectoral topics.” In interviews with state officials, ASTHO heard “no topic should be deprioritized, [focus] instead on restructuring the objectives.” Officials requested prioritizing, among several issues, opioid misuse and social determinants of health, which, sure enough, ended up as targets in Healthy People 2030.

Notably, the ASTHO report suggested creating “a category that can account for new health issues as they emerge over the decade. As the opioid crisis and Zika virus showed, certain health crises are dynamic and cannot be adequately defined through fixed, 10-year objectives.”

HHS was set to launch Healthy People 2030 on March 6, but rescheduled “due to an abundance of caution and in accordance with the national emergency declaration concerning COVID-19.”