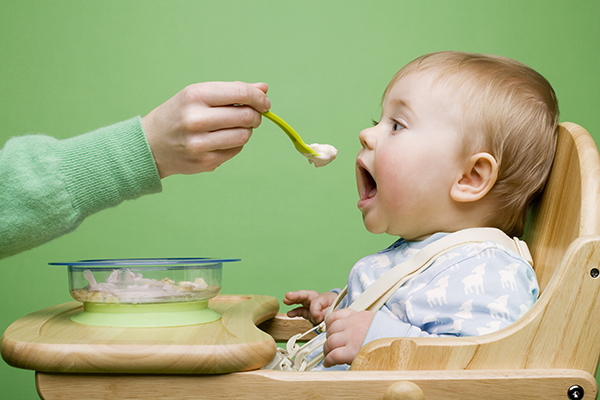 Infants who live in a household with low food security are at higher risk for becoming obese later in life, according to the authors of a recent investigation.

Researchers studied 666 infants during the first year of life. These infants lived in Durham, NC, 68.6% of households were African American, and 55% of households reported annual income of less than $20,000. The authors visited the infants’ homes to conduct interviews with mothers when their babies were age three, six, nine, and 12 months. Also, investigators spoke with mothers by phone an additional eight times throughout the year.

"One possible explanation for this link is that food insecurity is associated with lower-quality diets that promote obesity, although infants, especially in the first six months of life, should be consuming limited foods — mainly just human breastmilk or infant formula," Sara Benjamin-Neelon, an associate professor in the Johns Hopkins Bloomberg School of Public Health and lead study author, said in a statement. "Another possibility may be related to infant feeding practices. Mothers wanting to make sure their infants are fed enough could be overfeeding or feeding in a way that overrides infant fullness cues like propping a bottle or encouraging infants to finish the bottle."

The authors suggested conducting additional research that includes longer study periods to see if the association continues from infancy into early childhood.

Recently, Relias Media released a webinar called “Childhood Obesity: Framework for Action.” During this session, listeners will hear about the critical evaluation of current weight management tactics and policies to deal with childhood obesity. An expert discusses obesity issues relating to the obesogenic environment and socio-cultural factors. Listeners will develop an understanding of obesity policies and enhance skills in the practical assessment and the formulation of obesity interventions.

For more information on this and related subjects, be sure to read the latest issues of Integrative Medicine Alert, OB/GYN Clinical Alert, and Pediatric Emergency Medicine Reports.