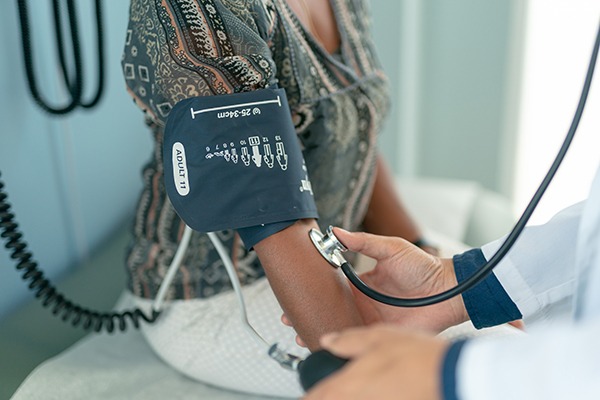 Black adults with treatment-resistant hypertension may not be taking the right drugs or hearing the proper counseling about healthy habits that can lower blood pressure, according to the authors of a recently published paper.

Investigators studied data about Black patients who participated in the Jackson Heart Study, which was conducted between 2009 and 2013, and the REGARDS study, which was conducted between 2013 and 2016. Specifically, these investigators looked for Black patients with apparent treatment-resistant hypertension, when blood pressure levels remain above target while taking three or more classes of antihypertensive medication or four or more classes of medication regardless of blood pressure level. In addition to checking which patients were on the correct medications, the researchers looked for patients who did not smoke or consume alcohol, who engaged in vigorous or moderate weekly physical activity, and who recorded a body mass index < 25 kg/m2.

Although many of these patients did not smoke or drink alcohol, researchers found 82% put in less than the recommended 150 minutes per week of moderate-intensity activity or 75 minutes of vigorous activity. Half the participants reported engaging in no physical activity. In addition, fewer than 10% were at the recommended body mass index level. Researchers also discovered how few patients were taking the drugs prescribed for resistant hypertension. About 6% reported taking a thiazide-like diuretic and about 10% reported taking a mineralocorticoid receptor antagonist.

Since the paper did not include an explanation for why so few were on the right medications, the authors were left to speculate. One possible explanation is some physicians may be unaware of the American Heart Association’s scientific statement regarding the prudent pharmacological interventions to treat resistant hypertension.

“Also, primary care clinicians are sometimes dealing with patients who have diabetes and many other health issues, so they may not have time for a careful selection of anti-hypertensive medications," Aisha Langford, lead author and assistant professor at New York University's Grossman School of Medicine, said in a statement. Langford and colleagues urged clinicians to use clinical decision support tools to find the right medications for this condition, prescribe them to patients who need the drugs, and take time to educate patients about the benefits of losing weight and exercising more.

Racial disparities in healthcare has been a frequent subject in many recent issues of Relias Media publications. This includes stalled progress on equitable health insurance coverage, as reported in the August issue of Hospital Access Management, and differences in treatment types at end of life, as reported in the upcoming October issue of Medical Ethics Advisor. In the August issue of IRB Advisor, researchers explain how they are trying to recruit more minorities in studies and also how diversity and inclusion go beyond race and ethnicity.

Stephen B. Thomas, PhD, a professor of health policy and management at the University of Maryland and director of the Maryland Center for Health Equity, in the September issue of Medical Ethics Advisor, said ending these disparities is “less about clinical interventions and much more about ethics, about caring.”

“There is a reckoning going on. Health and medicine and even physicians are not immune from the history of racism. It’s time that we, too, looked in the mirror,” Thomas said. “There should be a laser focus on the COVID-19 vaccine and treatment trials. Who will ultimately be in the clinical trials? If the people in those trials are not diverse, what does that tell us? If the people cannot afford treatment that comes from clinical trials, what does that tell us? We’ve been here before, and we must fight today for a better tomorrow.”

For more on the hypertension study and related subjects, be sure to read upcoming issues of Clinical Cardiology Alert.