Home » Veterans with PTSD, TBI at Much Higher Risk for Heart Attack 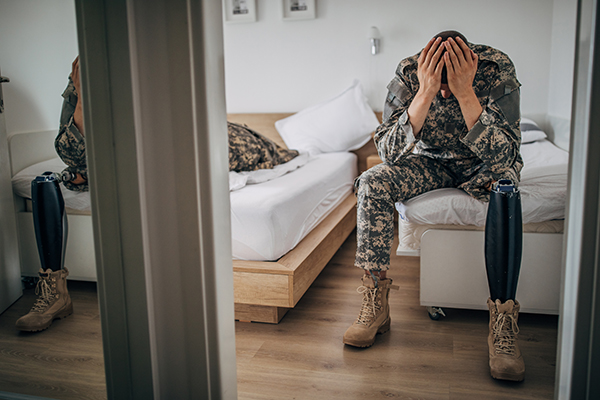 Veterans who sustained traumatic brain injury (TBI) or who are coping with PTSD are at a higher risk for a heart attack, according to findings presented Friday at the American Heart Association’s Scientific Sessions 2020.

Investigators studied data collected between 1998 and 2014 on more than 1 million veterans, many of whom served in the Afghanistan and Iraq wars or the first Gulf War. After adjusting for certain risk factors, the researchers found veterans with PTSD or TBI were more than two times likely to experience a heart attack vs. those without TBI and PTSD. Some of these veterans suffered a heart attack in their 40s; on average, most men do not experience their first attack until age 66 years (age 72 years for women).

Although researchers were surprised at the strength of the connections, this was a review of past data. Thus, proving cause and effect is difficult. Nevertheless, the results underscore the importance of heart health monitoring for all patients of any age.

"People in their 40s might not think they're at risk for heart disease, but the study is showing us that veterans with PTSD or TBI need to watch out. Medical professionals need to start screening and assessing them earlier than the general population and referring them to a cardiologist,” Rishi Sharma, MD, a study co-author and assistant professor at the University of Missouri-Kansas City School of Medicine, said in a statement. "Studies show us changes in the brain for any reason, whether it's a stroke or TBI or PTSD or seizure, can have a direct effect on the heart. The brain cells under stress release epinephrine, or adrenaline, which affects cardiac cell receptors and may cause problems like arrhythmias or heart attack."

As noted in the November issue of Neurology Alert, more than 3 million Americans live with a disability related to TBI. Millions more are afflicted globally, yet beyond surgery and supportive medical management, there are no medications that treat the condition definitively.

Recently, researchers tried using tranexamic acid to treat patients with moderate or severe TBI within two hours of injury. However, as Alexander Merkler, MD, wrote in his review of this work, there was no significant difference between treatment groups in either mortality or functional recovery at six months.

Meanwhile, as the COVID-19 pandemic drags on, there is growing concern about PTSD among medical professionals working to treat these patients. Even those not on the frontlines, like case managers, are at risk, as reported in the July issue of Hospital Case Management.

The July issue of Hospital Peer Review includes a detailed report about how and why stress levels among clinicians are reaching a boiling point, as well as a helpful guide for recognizing and treating PTSD symptoms.

For more on all this and related subjects, please read the latest issues of Clinical Cardiology Alert and Trauma Reports.