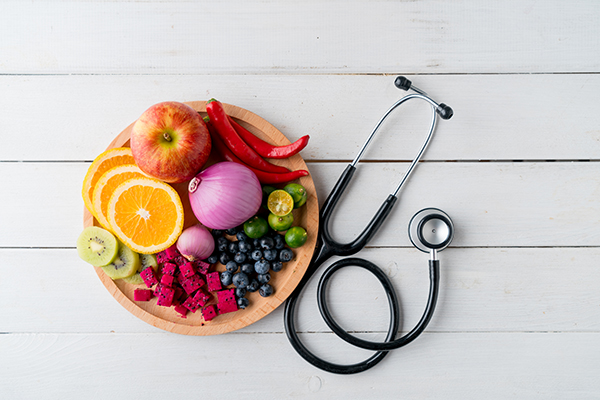 Prevention of Diabetes with Mediterranean Diet

An analysis of data from a long-term study revealed much lower rates of diabetes among adherents of the Mediterranean diet, rich in nuts, legumes, vegetables, olive oils, and fruits. Additionally, a separate investigation uncovered connections between this diet and lower blood pressure.

Researchers from Brigham and Women’s Hospital studied information about more than 25,000 women who were followed for more than 20 years as part of the Women’s Health Study (WHS). Those who consumed a Mediterranean diet exhibited a 30% lower rate of type 2 diabetes vs. those who followed other dietary habits.

“Most of this reduced risk associated with the Mediterranean diet and type 2 diabetes was explained through the biomarkers related to insulin resistance, adiposity, lipoprotein metabolism, and inflammation,” Shafqat Ahmad, PhD, one of the study’s authors, said in a statement. “This understanding may have important downstream consequences for the primary prevention of diabetes disease.”

WHS included many participants, all of whom were followed for a long time, but those participants mostly were white and well-educated (and all worked in healthcare). Nutrition habits were self-reported, and biomarkers were measured only at the start of participation.

“Even small changes can add up over time,” Samia Mora, MD, MHS, another study author, said in a statement. “There may be many biological pathways that lead to a benefit. One of the best things patients can do for future health is to improve their diet, and now we are beginning to understand why.”

Meanwhile, a team of investigators from Maine and Australia studied the effects of the Mediterranean diet on blood pressure among a group of U.S. men and women (average age, 62.2 years). This work stands out from similar previous papers for a few reasons, including the use here of a literature‐based Mediterranean diet adherence score and mean arterial pressure as a dependent variable.

Although the research was limited with self-reported dietary information and mostly healthy participants, the authors observed a modest decline in systolic and diastolic readings among those who adhered to a nutrition program closely resembling the Mediterranean diet.

“The current study provides new evidence for cross‐sectional associations between MedDiet adherence and blood pressure in a non‐Mediterranean population,” the authors concluded. “On an individual basis, or from a strictly clinical perspective, the effect sizes were small. However, given that blood pressure is one of the leading modifiable risk factors for [cardiovascular disease], these results have significant implications at a population level.”

Clinicians are discovering the benefits of better nutrition as a useful prevention tool. In the December 15 issue of Internal Medicine Alert, author Joseph Scherger, MD, MPH, wrote about weaning hypertension patients off their medications with better diet plans. Specifically, Scherger analyzed a study that showed the benefits of flavanols, which are found in many plants — especially berries, citrus fruits, apples, pears, and strawberries.

Still, one must be careful not to take alternative nutritional habits too far. Be sure to read the upcoming January 15 issue of Internal Medicine Alert to read about researchers who observed a connection between vegan diets and a higher risk for bone fractures.

For more related material, check out the latest issues of Integrative Medicine Alert.