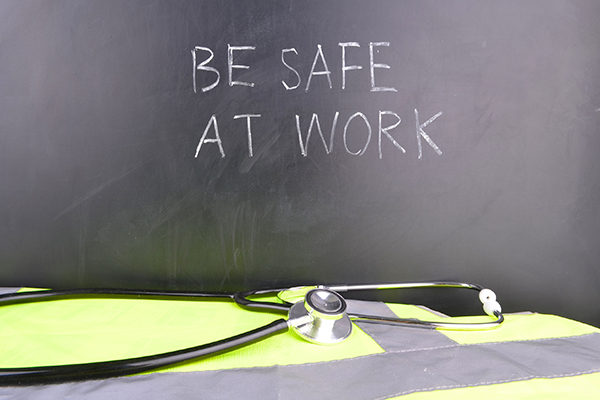 The Healing Process for Healthcare Workers Exposed to Workplace Violence

The House has approved the Workplace Violence Prevention for Health Care and Social Service Workers Act (H.R. 1195) with bipartisan support.

The legislation would lead to the development of federal standards designed to protect healthcare and social service workers, prevent workplace violence, and overhaul reporting requirements.

“Healthcare and social workers have been waiting for years, long before COVID, to have their safety taken seriously while they’re working hard to ensure everyone else’s. These workers are facing a disturbing level of violence, it’s happening in every congressional district across the country, and they shouldn’t have to fear for their own lives while they’re at work trying to save ours,” U.S. Rep. Joe Courtney, D-CT, a cosponsor of the legislation, said in a statement.

Courtney and congressional colleagues, federal agencies, and other advocacy groups have been studying and gathering data on this issue for close to a decade. In 2016, the Government Accountability Office reported the rate of violence against healthcare workers is 12 times higher than that of the rest of the workforce. In 2018, the Bureau of Labor Statistics reported a spike in healthcare worker injuries attributed to workplace violence. In 2020, National Nurses United reported a 20% increase in workplace violence against registered nurses during the COVID-19 pandemic.

“This is a national epidemic, and it’s ongoing,” said Courtney, adding passing this bill “is an important step forward in this effort to curb workplace violence, but it can’t be the last.”

Days before the House vote, the Biden administration released a statement of support. After the vote, Emergency Nurses Association President Ron Kraus, MSN, RN, EMT, CEN, ACNS-BC, TCRN, said “the advancement of this important and timely legislation is a critical step in the protection of America’s healthcare providers. Workplace violence is not a part of the job and should not be tolerated.”

The American Hospital Association does not support the legislation, “because hospitals have already implemented specifically tailored policies and programs to address workplace violence. The AHA does not believe that the OSHA standards required by H.R. 1195 are warranted, nor does the association support an expedited approach that would deny the public the opportunity to review and comment on proposed regulations.”

H.R. 1195 has been assigned to the Senate Committee on Health, Education, Labor, and Pensions for consideration. Courtney will meet this week with nurses, physicians, and other lawmakers to discuss the topic further.

For more on this and related subjects, be sure to read the latest issues of ED Management, ED Legal Letter, Healthcare Risk Management, and Hospital Employee Health.