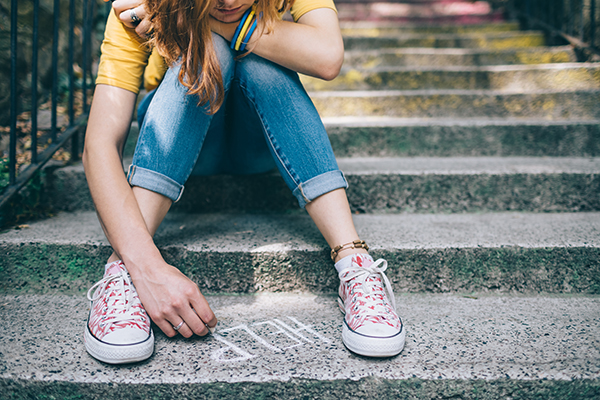 The number of visits to the ED for suspected suicide attempts among young Americans, especially adolescent girls, increased during the COVID-19 pandemic, and this trend shows no real signs of slowing even as the public health emergency abates, according to a new report from the CDC.

Investigators combed through data on ED visits among people age 12 to 25 years that were recorded between January 2019 and May 2021. They were searching for ED visits for mental health reasons, especially suicidal ideation and suspected suicide attempts.

Between March 2019 and March 2020 (when the COVID-19 pandemic began), the rate of mental health-related ED visits among patients age 12 to 17 years rose 31%. Between March 29 and April 25, 2020, people age 12 to 25 years made fewer ED visits for suspected suicide attempts compared to the same period in 2019. But by May 2020, researchers noted the number of visits to EDs for suspected suicide attempts began to rise for patients age 12 to 17 years. In June 2020, 25% of surveyed patients age 18 to 24 years reported experiencing suicidal ideation related to the pandemic within the last 30 days.

Among all adolescents 12 to 17 years of age, the mean weekly number of ED visits for suspected suicide attempts were 22.3% higher during summer 2020 and 39.1% higher during winter 2021 vs. corresponding periods in 2019. The report authors found especially troubling trends among young girls.

The authors noted these numbers align with other recent research on adolescent mental health, but they listed nine different limitations to this work, including the fact that just because suicide attempts might have been higher does not necessarily mean suicide deaths were higher, too. They also were careful to avoid concluding the pandemic was the direct cause of the spikes reported here.

“Self-reported suicide attempts are consistently higher among adolescent females than among males, and research before the COVID-19 pandemic indicated that young females had both higher and increasing rates of ED visits for suicide attempts compared with males,” they wrote. “However, this study was not designed to identify the risk factors leading to increases in suspected suicide attempts. Young persons might represent a group at high risk because they might have been particularly affected by mitigation measures … barriers to mental health treatment, increases in substance use, and anxiety about family health and economic problems, which are all risk factors for suicide.”

Acknowledging young Americans are coping with several different emotional and behavioral challenges, the Department of Health and Human Services last month announced the release of an additional $14.2 million from the American Rescue Plan to further expand mental healthcare access for young Americans. But that is a small step forward in a long journey ahead.

As reported in the May 2021 issue of ED Management, suicide is the second-leading cause of death among U.S. teenagers, but many at risk remain unidentified. Experts believe there is a need for an efficient and accurate method for providing universal screening for suicide risk to every teen who presents for care to an ED for any reason. A group of researchers have been working on the Computerized Adaptive Screen for Suicidal Youth (CASSY) tool, which enables teens to undergo the screening on a tablet computer, with results immediately available. Click here to learn more.