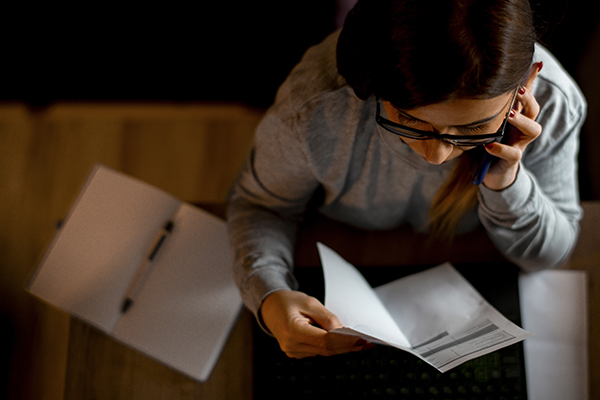 Beware of Needlesticks as Zika Looms

A report from the Department of Health and Human Services (HHS) released this week details the consumer protections afforded through the No Surprises Act, as lawmakers and advocacy groups remain worried about how regulations will be implemented next year.

The HHS report explains surprise billing, offers background information on previous state-level legislative efforts to solve the problem, notes how consumers will be removed from billing disputes between providers and insurers, and outlines the dispute resolution process that will be established through the No Surprises Act, which is set to take effect Jan. 1, 2022.

“No one should have to worry about going bankrupt after falling ill or seeking critical care,” HHS Secretary Xavier Becerra said in a statement. “[This] report shows that despite some state efforts to tackle surprise medical bills, patients continue to experience exorbitant medical expenses due to lack of transparency and rules. The Biden-Harris Administration will continue implementing federal regulations from the No Surprises Act to not only protect the patients but also curb rising costs in healthcare.”

Last week, the Centers for Medicare & Medicaid Services announced the establishment of the Ground Ambulance and Patient Billing (GAPB) Advisory Committee, as mandated through the No Surprises Act. Ambulance rides can lead to exorbitant charges that can blindside patients after the fact. Members of the GAPB committee will debate how to alleviate this problem and make recommendations to HHS, along with other federal agencies and congressional committees.

Consumers might be excited by what is presented on paper, but others are worried this regulatory reform might not deliver as intended. On Nov. 5, dozens of federal lawmakers sent a letter to Secretary Becerra and other Cabinet members expressing concern about the interim final rule (IFR) that was released Sept. 30 — specifically, language about the dispute resolution process.

“The parameters of the IDR [independent dispute resolution] … do not reflect the way the law was written, do not reflect a policy that could have passed Congress, and do not create a balanced process to settle payment disputes. The IFR directs IDR entities to begin with the assumption that the median in-network rate is the appropriate payment amount prior to considering other factors. This directive establishes a de-facto benchmark rate, making the median in-network rate the default factor considered in the IDR process,” the lawmakers wrote. “This approach is contrary to statute and could incentivize insurance companies to set artificially low payment rates, which would narrow provider networks and jeopardize patient access to care — the exact opposite of the goal of the law. It could also have a broad impact on reimbursement for in-network services, which could exacerbate existing health disparities and patient access issues in rural and urban underserved communities.”

The lawmakers suggested revising the rule, which remains open to public comment, “by specifying that the certified IDR entity should not default to the median in-network rate and should instead consider all of the factors outlined in the statute without disproportionately weighting one factor.”

On Nov. 9, the American College of Emergency Physicians (ACEP) echoed these lawmakers, indicating they are “deeply concerned” about the IFR, which is a “drastic departure” from what Congress passed in December 2020.

“This giveaway to insurance companies will undermine the entire effort to solve surprise billing. This approach would drive reimbursement rates lower and encourage insurance companies to narrow their networks even further, which would make it harder for patients to get emergency care,” the group said. “ACEP will continue to raise concerns about this flawed rule with legislators and regulators to ensure that this legislation can accomplish what it was thoughtfully designed to do — protect patients from surprise bills without threatening access to emergency care.”

More information about price transparency and surprise billing is available in a series of articles published in the January, February, and March 2021 issues of Hospital Access Management.