As research of genetic testing grows, so do the pros and cons

Drug Criteria & Outcomes: The eyes have it: Macular degeneration and the challenge of drug therapy | Single Article

Success has raised the bar. No sooner did infection preventionists (IPs) begin demonstrating that it was actually possible to drive certain infection rates down to a vanishing point when federal payers essentially said, "Good, keep them at zero because we are not paying for them." However, such mandates also require expanded "ownership" of infection control. The IP silo has been toppled. Finally, in a new era, infection prevention must be everyone's job. 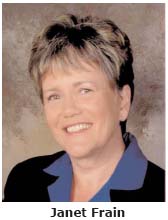 Beginning Oct. 1, 2008, the Centers for Medicare & Medicaid Services (CMS) has slashed reimbursement on three "preventable" occurrences: catheter-associated urinary tract infections; central line catheter-associated blood stream infections; and mediastinitis. There have been warnings of unintended consequences, but most observers see the CMS action as just the beginning of a new "pay-for-performance" agenda for infection prevention. Indeed, it is hard to argue against such mandates when highly publicized studies have reduced some infection rates near absolute zero, dashing the dogma that most are an inevitable consequence of care.1-5

In particular, a program developed at Johns Hopkins Hospital in Baltimore and implemented by 108 intensive care units in the Michigan Keystone project dramatically reduced catheter-related bloodstream infections (CR-BSIs). Drawing national praise, it was heralded as a prime example of the "getting to zero" movement as the median participating ICU went from an infection rate of 4% to near zero over an 18-month period.6 Therein began the current era of great expectations, but such success is worthy of pause and commemoration in its own right. After all, in a field long dominated by benchmark ranges and acceptable percentiles, setting a goal of preventing all infections is akin to a moon shot in the early days of the space program.

"We are finally actually realizing that it is possible to get to zero," says APIC president Janet Frain, RN, CIC, CPHQ, CPHRM. "There are interventions and sustained performance that can actually get you to zero. I think that has made a big difference in how the infection preventionist [is perceived] in organizations."

IPs cannot do it alone

For better or worse, gone are the days when many health care-associated infections (HAIs) were viewed as the unavoidable result of keeping very sick patients alive on invasive devices. Now even the sickest of patients expect to leave the hospital infection-free because they and their consumer advocates and political representatives are increasingly convinced that all infections are preventable. Among those that apparently did not get the memo are methicillin-resistant Staphylococcus aureus, Clostridium difficile and a host of other bugs and opportunistic maladies. They are not preventable unless someone steps into the breach and prevents them. And IPs cannot do it alone.

"I think the biggest change is that for years only infection control owned the problem," says Peter Pronovost, MD, PhD, one of the pioneers of the zero-infection movement and the lead researcher at the aforementioned program at Johns Hopkins Hospital in Baltimore. "What is different now is that the practicing clinicians in any [given] area have to own the problem and partner with the infection control people, but it means to some extent that the infection prevention community has to give up ownership."

It's a problem most IPs are more than willing to share, but all the while the field is trying to stay science-based and not let the expectations swing wildly in the other direction. Everybody from patients to health care administrators is suddenly aware of HAIs. It has certainly upped the stakes, but the positives are manifold.

"IPs in some cases have been screaming for years about their data and the prevention strategies," says Frain, director of integrated quality services at Sutter Medical Center in Sacramento. "It hasn't exactly fallen on deaf ears, but maybe it didn't get the attention it should have. Now the pendulum has swung the entire other direction and everybody is looking to the IP for their data and will argue about a single infection. It really has changed the conversation — the dialogue. It is not about, 'We're at the 50th percentile so we're doing great.' It's about every patient and every infection now. That kind of debate is great."

Compliance still is an issue, of course, but the broadening view of infection prevention responsibilities could finally carve some inroads there as well. "One of the other positives of this whole infection prevention [change] is that it has decentralized the accountabilities," Frain says. "Administrators [and the Joint Commission] are holding folks accountable who need to be held accountable. I will tell you from years past and all the surveys I have been through that that has not always been the case. It's been, "This is your [responsibility] why isn't it working?'"

For example, The Joint Commission continues to underscore the importance of hand hygiene compliance in its annual patient safety goals. Sure, we know that the cardinal principle of infection prevention is historically poorly practiced, but the accountability factor and the expectation for improvement keep increasing. And with that comes the deepening perception that organizations — not their IPs — bear the ultimate responsibility for patient safety. "That is one really positive aspect: the idea that this is not one person's job; it is every person's job," Frain says.

CMS makes it a matter of money

That concept will be critical if IPs are to survive the new reimbursement mandates by the CMS. Nobody wants to be the sole reason the facility is getting less money. That certainly shouldn't be the perception, but what we are about to see unfold is something of a work in progress. Just how are these infections going to be prevented? Will the answer vary by facility?

"The concept of not paying for complications makes a lot of sense, but it is only going to work — that is it is only going to be wise and just — if these [infections] are measurable and indeed largely preventable," says Pronovost, medical director of the Center for Innovations in Quality Patient Care at Johns Hopkins University School of Medicine. "We don't have great ways to measure most of these things and we don't have the large-scale studies like we did in Michigan to show that most of these are indeed preventable. All of them are likely preventable to some extent. I think clinicians were somewhat misguided in [putting them in] the 'inevitable bucket' for years, but I also think the movement now to put them all in the 'preventable bucket' is equally misguided."

The efforts of IPs and their colleagues over the coming months will help clarify if and under what conditions the CMS infections are largely preventable. Frain finds no fault with the goal of eliminating infections, but wonders what impact the CMS mandate will have in such lean-budget times for hospitals. "This is a huge concern to hospitals — the fact that they risk getting a reduced reimbursement for those conditions," she tells HIC.

Typically, IPs will perform an annual risk assessment to focus their infection prevention programs on high-risk target areas. It's an approach in line with veteran epidemiologist Dr. Robert Haley's time-honored "surveillance by objective" philosophy: focus your limited resources on your biggest problems. "Many risk assessments drive your surveillance activities into the intensive care units," Frain explains. "That's why you see data on ventilator-associated pneumonias and central line bacteremias from the ICUs — because that's where we focus our energy."

To put it bluntly, UTI prevention has not been at the top of the list at many hospitals, given the general perception that the vast majority of them are easy to treat and relatively inexpensive. No more. The benign neglect of the UTI no longer flies with CMS, but will that spell less resources to prevent a more serious infection? It's an open question, and it doesn't take a psychic to predict what the CMS answer will be: prevent both.

"With the broad-brush approach now from CMS, hospitals are struggling with how they are going to do surveillance — much more active surveillance — throughout the hospital," Frain says. "Because catheter-associated UTIs happen on nursing units as well as ICUs. The same with bloodstream infections — they happen outside the ICU. Most hospitals target their highest-risk patient populations — which are in the ICUs — so we are struggling with how we are going to identify these [newly required] patients."

With reimbursement at stake, there will no doubt be energy and time spent trying to determine if patients were admitted or transferred with, for example, a UTI. Determining that they have one later could open the question of whether it was hospital-acquired and thus make it, under the new rubric, nonreimbursable. Beyond such logistical issues, smaller hospitals with fewer resources may have to make some tough calls about priorities.

"That is the hardest part," Frain says. "If you are struggling with resources anyway, these types of initiatives that effect the bottom-line will sometimes force administration to have to make some difficult decisions and pull resources from something else in order to fund staffing or personnel for infection prevention purposes. They could pull from the bedside — especially the smaller facilities where you have people wearing multiple hats and there are no discretionary funds set aside for this."

There's a conundrum for you. Will all the effort to make infection prevention the be-all and end-all of patient safety draw resources away from other as-important activities? Regardless, CMS seems to now have everybody's attention. "No hospital wants less reimbursement from Medicare," Frain says. "Medicare really, for many facilities, is the bread and butter. You lose Medicare…"

Still, a true cultural transformation may be the end result of all this if infection prevention becomes the province of the many instead of the one. Veteran IPs with nursing backgrounds can only imagine the power of truly changing the mentality of the worker at the beside.

"Had I known then what I know now, I would have nursed totally different," says Patti Grant, RN, BSN, MS, CIC, an IP at Medical City in Dallas. "I don't think any of us at the bedside really realized what a daily impact we can have."

IPs should be wary of measles outbreaks