Should Lumbar Puncture Still Be Routine for Febrile Babies? 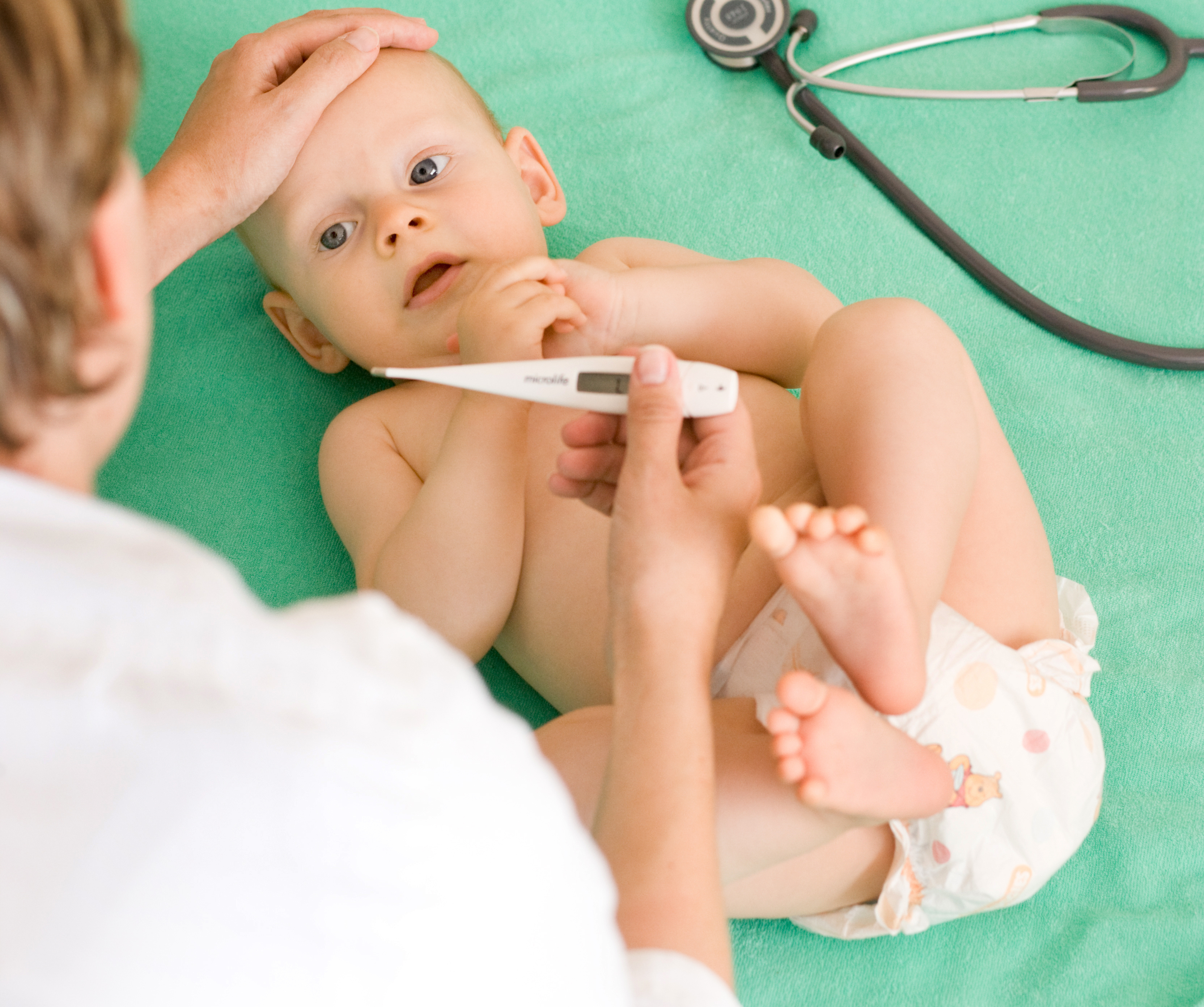 CDC: Anergy tests should no longer be routine

Dr. Fischer reports no financial relationships relevant to this field of study.

Synopsis: Meningitis is very unlikely in otherwise healthy-appearing febrile infants older than 21 days of age. Thus, cerebrospinal fluid analysis might not be needed as part of a "routine" evaluation of these babies.

Clinical investigators in Spain prospectively evaluated all infants with fever in whom its source was not evident after initial exam and laboratory testing from 2003 to 2013 in an emergency department of a tertiary teaching hospital. A total of 2362 infants younger than 90 days of age were included in the study.

Meningitis was identified in only 11 of the 639 children who underwent lumbar puncture. Nine of those 11 babies were younger than three weeks old, and five did not appear well on initial exam. Meningitis was diagnosed in zero of the 1975 well-appearing febrile infants more than 21 days of age.

None of us is accurate enough with a physical exam to reliably determine if a febrile newborn who looks well has an underlying serious bacterial infection or not. For decades, the published standard of care has been to begin antibiotic therapy while waiting for results of microbiology testing of blood, urine, and cerebrospinal fluid.

However, the vast majority of otherwise healthy-appearing febrile infants have self-limited viral infections. "Routine" testing and presumptive treatment can lead to discomfort (such as from needles to obtain samples), cost (for testing as well as for hospitalization and treatment while waiting for definitive results), and confusion (and further unnecessary testing and treatment) when initial tests show "positive" results due to contaminants.

Thus, standards of care have shifted from hospitalizing and treating all febrile babies younger than two (or three) months of age toward being a bit more selective in the management of these children. Still, however, most American pediatricians would consider it good routine care to obtain samples of blood, urine, and cerebrospinal fluid from all infants who become febrile during at least the first month of life, and to hospitalize these patients for parenteral antibiotic therapy while waiting for culture results.

The new data from Spain provide helpful evidence to suggest that cerebrospinal fluid analysis is likely not necessary in otherwise healthy-appearing babies after the 21st day of life. Removing cerebrospinal fluid sampling and analysis from the routine care of older otherwise well-appearing febrile infants could save discomfort, cost, and some complications — presumably without significantly adding risk for "missing" meningitis. But, are these results generalizable to sites outside of Spain? Perhaps not!

The Spanish investigators identified 11 younger babies who did have meningitis, and three of those were infected with Listeria, a germ that is decidedly uncommon among North American newborns with meningitis. (A total of 181 cases of bacteremia during the first three months of life in six U.S. hospital systems revealed no cases of Listeria.1 In Kenya, an even wider variety of microorganisms is associated with neonatal and infantile meningitis.2) Realizing that the microbial epidemiology is different in various parts of the world, testing and care of febrile infants might also need to vary. It could be the organisms and infections that are less common in Spain are more common in the United States and might be missed by omitting lumbar puncture from routine evaluation of febrile babies. (Interestingly, though, two of the three babies with Listeria meningitis were born at an "outside" maternity facility during an outbreak of Listeria infection. There was only one case of Listeria meningitis in the subsequent six years at the Spanish center.)

The management of febrile infants will continue to evolve as microbial epidemiology changes and as diagnostic measures improve.5 In the meantime, these new data from Spain contribute usefully to the practice of those caring for febrile newborns. First, they remind us that meningitis continues to occur, even in this era of good prenatal care and preventive treatment of mothers with known group B streptococcal colonization. Second, these data reassure us that meningitis is still uncommon but is more likely in ill-appearing babies than in otherwise well-appearing babies. Third, the Spanish report maintains our concern for possible meningitis in febrile infants younger than three weeks of age, even when those young infants do not look sick. Finally, though, these data call us to continue to seek data about risks and benefits of cerebrospinal fluid analysis in our own areas with varying illnesses and microbial epidemiology.

The Effect of Repeated Influenza Vaccination — Not Always Good

Should Lumbar Puncture Still Be Routine for Febrile Babies?

Ethnicity and Treatment of Otitis Media

Letter: Coccidioidal Exposure in the Laboratory

Prior Authorization versus Prospective Audit with Provider Feedback: Does the Effectiveness of the Core Antimicrobial Stewardship Strategies Differ?