"In our globally connected world, it will not be the last.’ 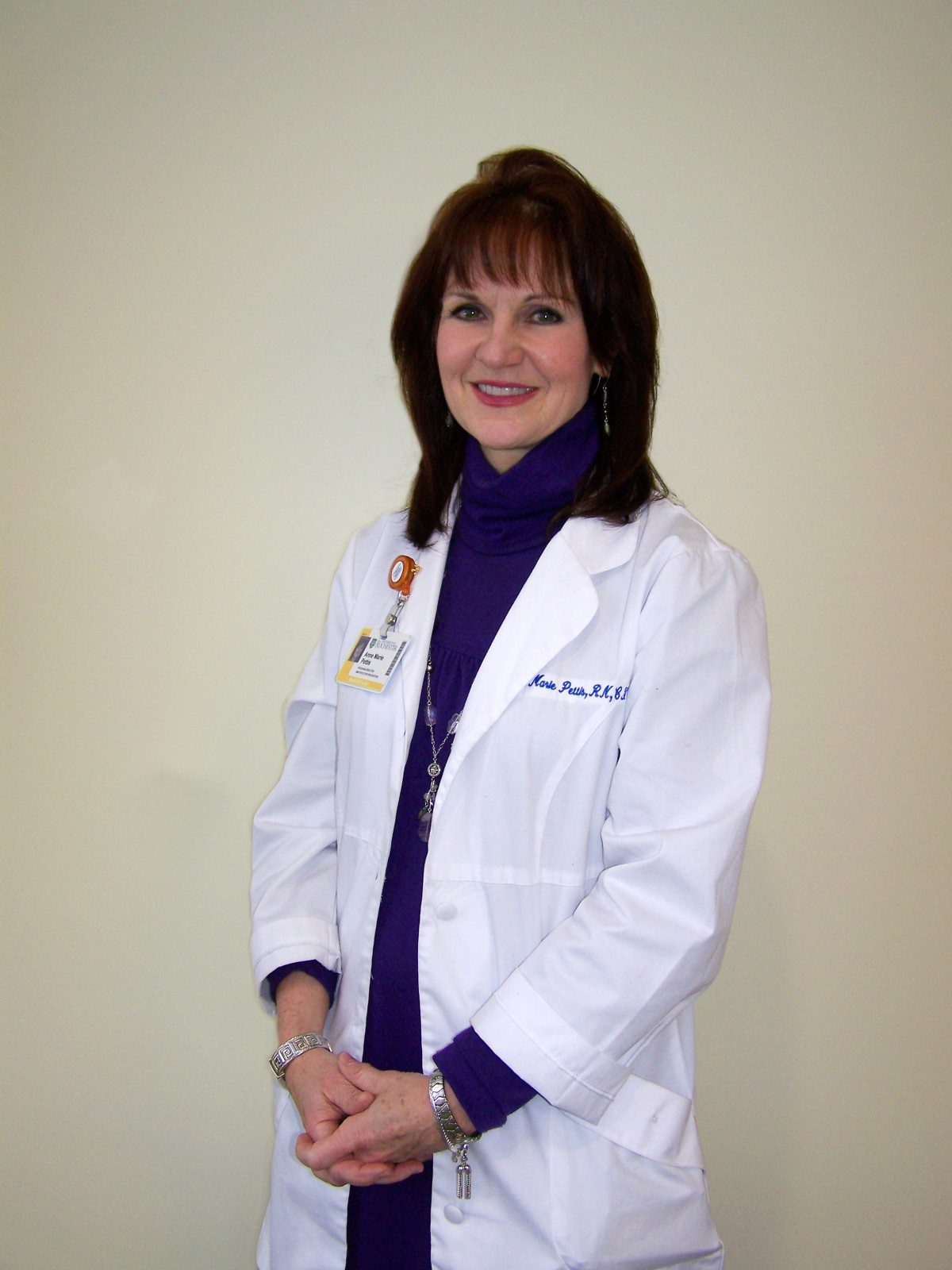 "It was inevitable — we knew it would end up coming to our shores," says Ann Marie Pettis, RN, BSN, CIC, a member of the Association for Professionals in Infection Control and Epidemiology (APIC). "All of us in infection prevention knew it was coming, but this bumps it up even higher on our priority list."

As this issue went to press, no secondary cases had been reported among contacts to the index case, a male American health care worker who had been working in a hospital in Riyadh, Saudi Arabia. He told investigators there were some MERS patients in the hospital, but recalled no direct contact with any of them, according to published reports. The U.S. MERS patient steadily improved from stable to good condition and was discharged May 9.

The highly publicized case morphed into a teachable moment, with the Centers for Disease Control and Prevention advising clinicians to increase their index of suspicion for MERS infection in travelers from the Middle East. Healthcare providers should suspect MERS infection in patients with severe lower respiratory illness that have traveled to the region within the last 14 days.

"It’s definitely our job to put this on everybody’s radar and remind them to ask for a travel history," says Pettis, an infection preventionist at the University of Rochester (NY) Medical Center. "This has really become the new normal. It’s been 11 years since SARS, and that was kind of a watershed event for all of us. It’s sort of like the way AIDS changed the way we look at blood and body fluids — SARS changed the way we look at respiratory infection prevention."

Though there are some distinctions, MERS is something of a pathogenic cousin to the Severe Acute Respiratory Syndrome (SARS) coronavirus that emerged dramatically in 2002-2003. An outbreak that began in China spread globally, eventually causing more than 8,000 infections and some 775 deaths. MERS has caused fatal infections primarily in patients with underlying medical conditions (e.g., chronic renal insufficiency, diabetes mellitus). The coronavirus has shown the ability to spread to both patients and health care workers in hospital outbreaks in the Middle East.

Wary of imported cases, the CDC sounded the alarm prior to the recent flu season, reminding clinicians that severe respiratory infections may be MERS. (See "Have virus will travel" special report, September 2013 Hospital Infection Control & Prevention.) As a result, the agency has been fielding reports of possible MERS cases for some time now, with the Indiana case the first confirmation.

"The CDC has received something like 160 notifications of possible MERS cases and specimens have been sent in," says William Schaffner, MD, chairman of the department of preventive medicine at Vanderbilt University School of Medicine in Nashville. "That means folks are indeed on the alert around the country. Obviously, this case reminds us that everybody that comes in with a pneumonic illness should be asked if they traveled to the Middle East. It’s something we need to be doing comprehensively because it’s a small world out there."

The U.S. case flew from Riyadh, Saudi Arabia, to Chicago, IL, via a connecting flight from London on April 24, 2014. He then boarded a bus for a trip of some 30 miles to Munster, IN. The infection was apparently in the incubation phase at this juncture, as it would not be until three days later, on April 27, that symptoms of fever, cough, and breathlessness were severe enough to prompt the emergency room visit.

"I actually think the risk of transmission to others is very low, although one could argue that being in the confined space of an aircraft or a bus for several hours may be akin to a family circumstance," Schaffner says. "There has been transmission [within] families in addition to the health care environment."

MERS was suspected and the patient was put in isolation and specimens were sent to the state public health officials and the CDC. The CDC confirmed the diagnosis on May 2 and began a follow-up investigation of people who were possibly exposed to the MERS patient in the Munster hospital and during air and bus travel. 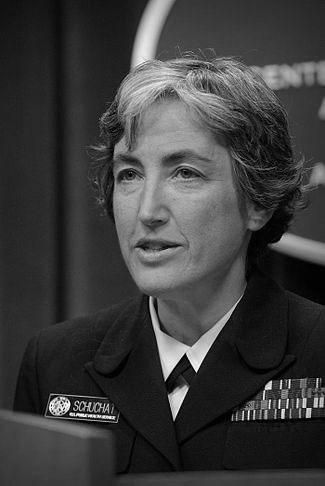 "The [U.S. patient] was providing care in Saudi Arabia and [then] developed symptoms in the United States," Anne Schuchat, MD, director of CDC’s National Center for Immunization and Respiratory Diseases, said at a recent press conference. "The assumption is the person acquired the illness in Saudi Arabia. We can’t confirm that it is from the hospital — that would be part of [our] active investigation. We know there is quite a bit of disease in Saudi Arabia right now."

Indeed, a team of experts from the World Health Organization recently concluded that that surge of MERS cases in the Kingdom was due in part "to breaches in WHO’s recommended infection prevention and control measures." The WHO reported another disturbing finding: one-fourth of all MERS cases have been infections in health care workers. (See related story, p. 52)

In order to detect possible secondary cases, family members and health care workers with significant contact with the patient underwent daily monitoring for two weeks, which should cover the incubation period of the infection.

"It is very concerning that the virus has spread in hospitals and we should not be surprised if additional cases are identified among the health care providers who had close contact with this patient before the patient was isolated and special precautions were implemented," Schuchat said.

Interestingly, Community Hospital used video surveillance and other technology to identify staff who may have had prolonged or unprotected exposures to the patient. Hospital employees have an ID tracer tag that emits a radio frequency, making it possible to determine when and for how long care givers were in the patient’s isolation room.

Given the uncertain routes of transmission of MERS, the CDC has essentially pulled out all stops in recommending a combination of standard, contact, and airborne precautions for patients hospitalized with known or suspected MERS. Hospitals should use airborne infection isolation rooms with health care workers donning gloves, gowns, eye protection and N95 respirators, the CDC recommends. Compliance with infection control measures is critical because no vaccine or effective antiviral treatment is currently available for MERS. Transmission to health care workers taking such precautions has not been reported, reminding, as SARS veteran Allison McGeer, MD, observed: "We know what rules this virus lives by."

Still, as MERS cases have recently increased in the Middle East concerns have mounted that the coronavirus has mutated much as its SARS predecessor did.1 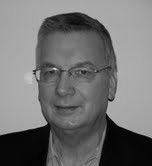 "The fact that 200 new cases were reported by Saudi Arabia and the United Arab Emirates in the single month of April 2014 has raised concerns that viral mutations have led to enhanced adaptation to human hosts," says Stan Deresinski, MD, FACP, FIDSA, an infectious disease physician and professor of medicine at Stanford University. "The available evidence, however, has not, to date, confirmed this fear. Rather, it has been suggested that at least part of the reason has been increased recognition of the disease."

An isolate of the virus that was collected recently from a patient in Saudi Arabia was sequenced in search of mutations, but none were found.

"Based on the sequencing of one viral isolate, we haven’t seen changes," Schuchat said. "We will continue to monitor the situation. With the SARS virus, we do believe there was a change in the virus that led to more explosive transmission."

Another suspected factor in the upsurge of cases is the mass birthing of dromedary camels (the one-humped type) that occurs every winter in breeding facilities, Deresinski says. The virus, like the SARS coronavirus, has been found in bats. Their role is less certain, but dromedary camels are clearly an important reservoir of the MERS virus. For example, a country-wide survey in Oman led to MERS detection in camel conjunctival and nasal secretions. The camel viruses were closely related to MERS of human origin detected in the same geographic area.2

"In a few cases, closely related MERS-CoV has been identified in humans and camels with which they have had contact," Deresinski says.

Thus, some human infections may result from contact with the animals, eating camel meat, and the common practice of consuming unpasteurized camel milk, he notes.

While the bulk of MERS cases have occurred in Saudi Arabia, regional infections have also occurred in six nearby countries: Oman, Kuwait, United Arab Emirates, Qatar, and Jordan.

"The U.S. is the 12th country to which the virus has been exported and, in our globally connected world, it will not be the last," Deresinski says.

WHO: Infection control breaks linked to surge in Saudi cases

One quarter of MERS cases are health care workers

Breaks in infection control protocols while treating MERS patients has led to infected health care workers and given hospitals an "amplifying" effect as the epidemic continues in Saudi Arabia, the World Health Organization reports.

A team of experts from the World Health Organization (WHO) recently completed a 5-day mission to Saudi Arabia to investigate an increase in MERS infections in Jeddah. Among their findings was that one quarter of all MERS cases have been health care workers.

"The upsurge in cases can be explained by an increase, possibly seasonal, in the number of primary cases amplified by several outbreaks in hospitals due to breaches in WHO’s recommended infection prevention and control measures," the team reported.1 "There is a clear need to improve health care workers’ knowledge and attitudes about the disease and systematically apply WHO’s recommended infection prevention and control measures in health care facilities."

As of May 3, 2014, 489 cases, including 126 deaths, were reported to WHO globally. Of those 406 cases and 101 deaths were in Saudi Arabia, the epicenter of the outbreak since the novel coronavirus was first recognized 2012. The numbers can change from one day to the next according to when Member States inform WHO.

The team looked into the epidemiological, disease prevention, organizational and communication aspects of the Jeddah outbreak to understand the public health risk and transmission chain and to propose next steps and actions. After meeting health officials in the capital, WHO experts visited two main hospitals in Jeddah to analysis transmission patterns and review infection control measures.

Key findings of the Jeddah outbreak include the following.

• Current evidence does not suggest that a recent increase in numbers reflects a significant change in the transmissibility of the virus. There is no evidence of sustained human-to-human transmission in the community and the transmission pattern overall remained unchanged.

• Some confirmed cases presented with mild or no symptoms.

• Based on the current situation and available information, WHO encourages all Member States to continue their surveillance for severe acute respiratory infections and to carefully review unusual patterns.