Look for more options on the horizon 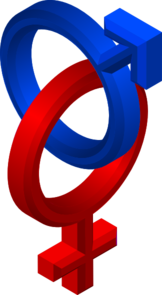 Oral contraceptives: Look for more options to emerge from pipeline

New, more specific asthma meds are on the horizon

Reproductive health forecast: Look for more options on the horizon

Look for new pills, patches, rings in the contraceptive pipeline

When Contraceptive Technology Update began publication in 1980, U.S. women had few choices when it came to birth control. Since that time, however, a wide range of options have emerged, including new pills, a female condom, two types of intrauterine contraception, a contraceptive patch, a vaginal ring, and an implant. What new methods can clinicians look to add to their arsenal of family planning options in the upcoming years?

Get ready to see additional options, says Jeffrey Jensen, MD, MPH, director of the Women's Health Research Unit of the Center for Women's Health at Oregon Health and Science University in Portland. Jensen is presenting on future methods of contraception in the research pipeline at the upcoming Contraceptive Technology conferences in San Francisco and Boston. (Editor's note: The San Francisco conference is March 24-27, followed by the Boston conference April 14-17. Register at www.contemporaryforums.com.)

Jensen will report on several options under development, including estradiol-containing oral contraceptives, use of the novel progestogen Nestorone in ring and transdermal applications, a levonorgestrel patch, as well as a new female condom and a new emergency contraceptive.

One of the most pressing needs for women on a global basis is a female-controlled form of prevention against HIV/AIDS. In mid-December 2009, the UK-based Microbicides Development Programme (MDP) announced results of its MDP 301 trial, which showed that a potential microbicide candidate, PRO 2000, was safe, but did not reduce women's risk of acquiring sexually transmitted HIV. The trial had enrolled more than 9,000 women in four African countries. Full results of the trial will be submitted for presentation at international conferences in 2010, as well as for publication in a peer-reviewed scientific journal.

In a press statement regarding the trial results, Jonathan Weber, FMedSci, FRCP, FRCPath, co-chair of the MDP Programme Management Board from the Division of Medicine at Imperial College London, said, "It is unfortunate that this microbicide is ineffective at preventing HIV infection, but it's still vital for us as scientists to continue to look for new ways of preventing HIV. There are many research groups exploring different avenues to tackle HIV; it is a slow process, but we are making progress. Now that we know this microbicide is not the answer, we can concentrate on other treatments that might be."

What's next in the microbicide pipeline? Officials at Arlington, VA-based CONRAD, a cooperating agency of United States Agency for International Development, which is involved in reproductive health research, point to ongoing studies of tenofovir gel, being conducted by the Centre for the AIDS Programme of Research in South Africa, and the VOICE (Vagina and Oral Interventions to Control the Epidemic) trial of tenofovir gel and oral antiretrovirals, conducted by the Microbicide Trials Network.

What is next in line for new contraceptives? Look to see new progestins in use in contraceptives. One such progestin is Nestorone, a synthetic progestin similar to the natural hormone progesterone, now under development by the New York City-based Population Council for use in vaginal ring and transdermal delivery systems.

Most advanced in the pipeline is the council's vaginal ring. A thin, flexible product made of silicone rubber, the ring delivers Nestorone and a low dose of ethinyl estradiol. It inhibits ovulation by continuously releasing a low dose of hormones through the vaginal walls and then the bloodstream. Earlier research indicates the device, used on a regimen of 21 days in and seven days out, provided women safe and effective contraception.1 The council is preparing to submit data to the Food and Drug Administration (FDA) for review, says Ruth Merkatz, RN, PhD, the Population Council's director of clinical development.

Another progestin, dienogest, is being developed in a combination oral contraceptive. Now available in European countries as Qlaira, the estradiol valerate/dienogest pill is manufactured by Bayer Schering Pharma AG. Research presented during the 2008 annual clinical meeting of the American College of Obstetricians and Gynecologists (ACOG) indicates the 4-phasic oral contraceptive is effective, safe, and well tolerated.2

Two patch options using the progestin levonorgestrel are under development by Agile Therapeutics.

One option, a once-weekly, low-dose transdermal contraceptive patch using ethinyl estradiol and levonorgestrel, is moving into Phase III development. The patch is designed to use in a 28-day regimen, with one patch worn once per week for three weeks, with a patch-free week. It can be applied to the abdomen, buttocks, or upper torso. Efficacy, safety, and tolerability data presented at the 2009 ACOG clinical meeting indicate the patch is safe and effective.3,4

Clinicians now have in hand the second generation of the FC1 Female Condom. The FDA approved the FC2 condom in March 2009. The new condom is less noisy than the original condom, clinicians note. Women might see an additional female condom in the future. The Program for Appropriate Technology in Health (PATH) is pursuing research of a female condom.

U.S. women might see a second dedicated emergency contraceptive as well. The European Commission granted marketing authorization in May 2009 for HRA Pharma's emergency contraceptive, ellaOne (ulipristal acetate). Research indicates the drug, a second-generation progesterone receptor modulator, is at least as effective as levonorgestrel in preventing pregnancies after unprotected intercourse and has a similar side effect profile.5 The company has said it will seek FDA approval for U.S. use.

Look for more options on the horizon

Intrauterine method use is moving upward

What are the options when it comes to OCs?

How to use OCs? Check clinicians' strategies