CDC: Drug-resistant bugs are on the rise in ICUs

After reporting that a hypervirulent, near pan-resistant strain of Klebsiella pneumoniae was created with relative ease in the lab, we asked a public health expert on antibiotic resistance whether this new superbug could be a real "game changer." His answer was somewhat surprising.

"I think the game has already changed," says Arjun Srinivasan, MD, a medical epidemiologist in the CDC's Division of Healthcare Quality Promotion.

The CDC has been repeatedly warning that we are entering a post-antibiotic era, particularly as gram negative bacteria like carbapenem-resistant Enterobacteriaceae (CRE), exchange resistance plasmids and enzymes that can render most antibiotics useless. CRE that produce Klebsiella pneumoniae carbapenemase (KPC) have been responsible for much of the increase of CRE in the United States, thus the concern when researchers showed KPC could be easily conjugated with a hypervirulent strain of K. pneumoniae that is primarily found in Asia. (See HIC, Feb. 2014, cover.)

While that is another worrisome development, in truth the continued emergence of a variety of multidrug resistant bacteria have already dramatically altered the public health landscape, Srinivasan notes. Infections are occurring that are nearly impossible to eradicate. (See related story, p. 28.)

"As of last year we really began sounding the alarm on this," he says. "To me that was the game changer — the recognition that we already have these highly resistant bacteria that in most cases are difficult to treat, and in some cases impossible to treat. So I really don't think that there is an issue of waiting for a game changer — the game has changed."

Lead researcher in the aforementioned conjugation experiment is Tom Chiang, MD, an assistant professor at Rutgers University and infectious disease physician at the VA New Jersey Health Care System in East Orange. Chiang and colleagues combined a CRE enzyme Klebsiella pneumoniae carbapenemase (KPC) — which has increased dramatically in the U.S. — with a hypervirulent but drug susceptible isolate of K. pneumoniae from a patient who had returned to New Jersey from the Philippines.1 The resulting conjugated microorganism retained the high drug resistance of the KPC and the powerful virulence of the Asian K. pneumoniae isolate. Dubbing the hybrid strain Hypervirulent KPC, Chiang said he did the experiment because there are reports of the bug occurring in nature. Indeed, a recently published paper by researchers in China reports the phenomenon, warning that "this will eventually become a global health threat."2 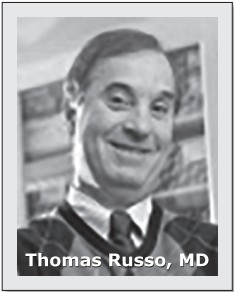 The likelihood of more conjugation events occurring between the microbes in nature may increase as KPC continues to become more prevalent worldwide. However, another group of U.S. researchers think that hypervirulent K. pneumoniae strains are already circulating at low levels in the U.S., but are going unrecognized for the most part because of inadequate testing mechanisms and an unclear clinical definition.3

"We don't have an optimal test for this right now," says Thomas Russo, MD, head of infectious diseases at the University of Buffalo (NY) School of Medicine and Biomedical Sciences. "I think it's under-recognized because clinically the labs can't test for it. But given all of that, we have already recognized three cases in Buffalo [and other sporadic cases have been reported]. I think there are many more [hypervirulent] strains in the U.S. than we recognize."

With funding from the National Institutes of Health, Russo and colleagues are studying the microbiology of hypervirulent K. pneumoniae and may be close to developing a much better diagnostic test.

Again, hypervirulent K. pneumoniae strains are drug susceptible at present, but as Chiang and colleagues showed could easily acquire the KPC resistance mechanisms now widespread in the U.S. Even without acquiring a high level of drug resistance, hypervirulent K. pneumoniae can strike young, healthy people and has the unusual ability to metastasize and infect other parts of the body.

"If someone gets infected with this strain it really would behoove [clinicians] to know whether it is hypervirulent on two accounts," Russo says. "One is that it has this metastatic potential — fortunately in the minority of cases — to spread to the eyes and the central nervous system. So it would help in terms of monitoring outside the initial site of the infection. Also patients may relapse even on therapy, so treatment regimens [have to be resumed or changed.]"

That description seems dire enough without adding antibiotic resistance, but that is the prospect we are now facing based on Chiang and colleagues' research and the report out of China.

"Add on top of all of this antimicrobial resistance and there ought to be some system of heightened vigilance for these strains," Russo says. "I think a lot of people are not aware of it  it hasn't hit their radar screen. The focus has been on the classical [gram negative] strains that have acquired increasing antimicrobial resistance, but people are sort of oblivious to these hypervirulent strains because they have a very low incidence in the U.S., although I think it's higher than we think. Without a good test you can't do surveillance."

Regarding Chiang and collegues experiment to combine resistance and hypervirulence in a conjucated superbug, Russo says he thought of attempting something similar but decided against it. Research that alters pathogens in ways that could make them more of a threat to public health has certainly drawn controversy over the years, though many researchers say such work is necessary to develop counter measures and treatments.

"It's an extremely difficult question at the present time," says William Schaffner, MD, chairman of the department of preventive medicine at Vanderbilt University School of Medicine in Nashville. "There will be debates about this just as there was about [recreating] the 1918 flu."

"After this [KPC] was conjugated with the virulent Kleb pneumo to show that the possibility does exist, the KPC hypervirulent conjugate was destroyed," he told HIC. "Both strains, however, were from clinical isolates here in New Jersey. The virulent strain came from a Filipino patient who came back from the Philippines where he went for vacation."

While the CDC is now certainly aware that such a pathogen could arise in nature, Srinivasan says the essential finding that drug resistance plasmids can move between gram negative bacteria is a well-established concern.

"We know that is already the case," he says. "That's one of the reasons why we are sounding the alarm about CRE organisms — because we know that these resistant genes move very readily from one organism to another. And it is not just between different strains of Klebsiella but also between other types of bacteria."

Consider that Escherichia coli — a frequent cause of community-acquired urinary tract infections — has already shown the ability to absorb resistance plasmids and become more difficult to treat with antibiotics.

"E. coli is in the same family as Klebsiella and is capable of having resistant genes transferred in to it," Srinivasan says. "That would create really big problems for us because it is a bug that is already out there in the community. So I think what the researchers identified  the phenomenon of these resistance genes moving — is very well recognized as an important problem already."

Regarding Russo's concerns about the lack of adequate testing and surveillance for hypervirulent K. pneumoniae, Srinivasan says that has really been a recurrent theme with a lot of the emerging drug resistant pathogens.

"One of the things we are very concerned about at CDC is that a lot of times [clinicians] don't obtain proper cultures before they start therapy," he says. "Obviously if you don't send in the culture before you start the therapy then you won't be able to recover the organism. You are left in the position of not knowing what you are treating. So whether that is a hypervirulent Klebsiella or any other type of bacteria that could go on to develop resistance if you don't send in cultures beforehand then you won't [identify it]."

Of course, if an infection clears after empiric therapy the actual etiologic agent may remain unknown if no initial culture was taken. That can go the other way, say if the infection worsens and the patient is clearly not on the right antibiotic.

"That can become a problem, but also in some cases the question is does this person even need an antibiotic to begin with?" Srinivasan says. "A lot of times antibiotics are given in situations where they are not needed, and one of the best ways that we know that they are not needed is because the cultures don't grow any organisms. Also, the best way we can be sure we have the right antibiotic is to test the susceptibility of the organism. But again, if we don't have the culture result then we can't do either one of those things."

CDC trying to rein in antibiotic use in LTC