Home » OK, this may really be the stuff of nightmares

Quest for holy grail of influenza may be near end

CT use more than triples in the ED, but use of the technology may be linked with a significant drop in hospitalizations

I have been reluctant to embrace the somewhat melodramatic moniker of "nightmare bacteria" for emerging carbapenem-resistant Enterobacteriaceae (CRE), which includes Klebsiella pneumoniae carbapenemase (KPC) and New Delhi metallo-β-lactamase (NDM).

Then I found out what was frozen in a lab in New Jersey. 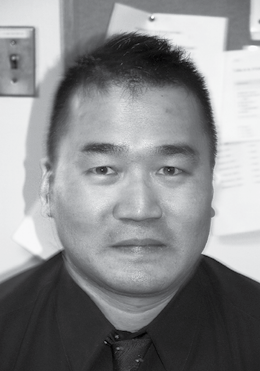 Medical researchers have combined a KPC strain now common in much of the U.S. with a highly virulent isolate from Asia, conferring the multidrug resistance of the former and the killing power of the latter into a new microorganism worthy of nightmare: Hyper-virulent KPC.

"Most of the KPC strains, especially in the United States, are not virulent," says researcher Tom Chiang, MD, an assistant professor at Rutgers and infectious disease physician at the VA New Jersey Health Care System in East Orange. "In Asia there are Klebsiella pneumoniae that are not carbapenem resistant but they are hyper-virulent. They cause invasive disease like endocarditis, liver abscesses and so forth. A lot of people don't realize this, but once KPC comes into these hyper-virulent strains we are in for a treat. We will have a pan-resistant Kleb pneumo that is also hyper-virulent. So far it has not been hyper-virulent in the United States, and the mortality for bacteremia is about 40%. So if the hyper-virulent strains obtain this KPC we are in a big trouble."

Though not hyper-virulent, the high morbidity and mortality seen with the predominant strains of KPC-CRE in the U.S. likely reflects their resistance to multiple antibiotics. In any case, such lines of research are controversial, with past efforts including recreating the 1918 pandemic influenza virus and conjugating VRE and MRSA to confer vancomycin resistance in the latter.1,2 In this case, however, the pathogen already exists in the wild based on recent reports from China, Chiang says.

"It has happened already, we need to prepare for it," Chiang says. "There are reports in Asia of this KPC disseminating into their hyper-virulent strains of Kleb pneumo."

Indeed, a recently published paper by researchers in China reports the phenomenon, warning that "K. pneumoniae carbapenemases being found in virulent K. pneumoniae should be emphasized, as this will eventually become a global health threat."3 As KPCs continue to disseminate in China and mingle with the hyper-virulent K. pneumoniae strains more of these superbugs may begin occurring in nature.

The research by Chiang and colleagues has been submitted for publication and was presented recently in San Francisco at IDWeek.4

"Our study was important to show that it is possible for the virulent strains to obtain KPCs and we're just beginning to see the tip of the iceberg on carbapenem resistant — possibly pan resistant -- strains of Klebsiella pneumoniae emerge," Chiang says. "It will probably first disseminate in Asia as the virulent strains are endemic there. If it disseminates here, the consequences will be catastrophic for the healthcare system. Klebsiella pneumoniae is the second most prevalent gram negative bacteria in our hospital and our affiliated hospitals, surpassing Pseudomonas aeruginosa several years ago and second only to E. coli now. "

Once primarily seen in outbreaks in the Northeast, KPC has spread throughout the US and most of the world. KPCs are the primary mechanism of resistance for an increasingly wide range of gram-negative bacteria and are no longer limited to expression in K. pneumoniae.

"NDM has not really spread worldwide," he says. "KPC on the other hand is endemic in the Northeastern United States and is all over Israel and found in Greece. A national survey in Taiwan has KPC-2 as the predominate carbapenmase. It's worldwide right now."

The two most commonly found KPC strains (KPC 2 and 3) at the East Orange VA were used as the non-virulent, drug-resistant components of the experiment. Conjugation of KPC 2 and 3 into the K2 serotype KP isolate was performed.

"We took that bacterial bug and conjugated it — basically 'mated' it — with the KPC strains we have here," he says. "The hyper-virulent strains took up the KPC [drug resistance] plasmid without problem."

Though the original isolate from the Philippine patient was only resistant to ampicillin, after conjugation the new hybrid bug was resistant to all beta lactams. Additionally, it retained its lethality on lab mice.