Oregon? CRE prevention where there is little CRE

An endemic foothold? 44 cases of CRE in Northeastern Illinois 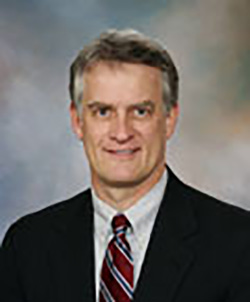 An upper endoscopy procedure performed on some half million patients annually in the U.S. may pose risk for transmission of the emerging New Delhi variety of carbapenem-resistant Enterobacteriaceae (CRE) even if current cleaning and high level disinfection protocols are followed, Hospital Infection Control & Prevention has learned.

That's one of the sobering considerations in the aftermath of a hospital CRE outbreak in Illinois that did not end until the facility went beyond standard practice recommendations to gas sterilization with ethylene oxide for scopes used in endoscopic retrograde cholangiopancreatography (ERCP).1

"Gas sterilization would be rare for [ERCP]," says Bret Petersen, MD, FASGE, governing board councilor of the American Society for Gastrointestinal Endoscopy. "We use gas sterilization predominately when doing a procedure in an operating room setting where a surgeon is inserting a scope through a hole in the abdomen. But when you are working through the mouth that would be rare and relatively impractical. This is an unusual [CDC] report. It begs a lot of questions, but also raises a lot of concerns."

The mystery is that no breaks in cleaning and high level disinfection protocols were found. As the investigation continues, the Centers for Disease Control and Prevention recommends that health care facilities continue to specifically follow the device manufacturer's reprocessing protocols for ERCP scopes.

"Right now the CDC is not recommending to move from high level disinfection to sterilization," says Alexander Kallen, MD, MPH, a medical epidemiologist and outbreak response coordinator in the CDC Division of Healthcare Quality Promotion. "Our main recommendation is that facilities review their practices to make sure they adhere to exactly what the manufacturer recommends."

The number of ERCP procedures done annually is dwarfed by those done for colonoscopy and other common endoscopies, but some 450,000 to 500,000 ERCPs are performed each year in the U.S., Petersen says. The infection rate for ERCP, a procedure usually done to diagnosis and treat the bile and pancreatic ducts, is typically 1% or less, he adds.

The Illinois CRE outbreak is also notable for the infecting agent: a strain of Escherichia coli that is highly resistant to antibiotics due to the presence of the New Delhi metallo-β-lactamase (NDM) enzyme. CRE that produce Klebsiella pneumoniae carbapenemase (KPC) have been responsible for much of the increase of CRE in the United States, but infections of the NDM variety appear to be increasing after originally emerging in Asia.

Essentially, both KPC and NDM are enzymes that break down carbapenems, a mainstay group of antibiotics for bacterial infections. Moreover, CRE strains often carry additional resistance mechanisms against many other antibiotics. Pan-resistance in CRE has been reported, as a KPC isolate from a patient was resistant to all antibiotic agents tested, including the carbapenems, polymyxin B, and tigecycline.2 An isolate of CRE with the NDM enzyme from a patient at a Rhode Island hospital in 2012 was resistant to 24 antibiotics, but remained susceptible to tigecycline, colistin, and polymyxin B.3

The CDC has been actively responding to reports of NDM, concerned that it may establish an endemic presence much like KPC has in the Northeast and other areas of the country. The emergence of NDM in E. coli in this outbreak is the last thing public health officials want to see. With E. coli a frequent cause of community-acquired urinary tract infections, the idea of a run of the mill UTI morphing into an almost untreatable infection underscores the importance of containing NDM. (See related story, p. 21)

"The reason we are very aggressive when we see it is because we are concerned that this particular enzyme has the potential to add to the burden [of infections] that we are already seeing with KPC," Kallen says. "With Klebsiella, we tend to think more about hospital bugs although you can occasionally see it in the community. E. coli is more of a 50/50 bug — we see it about half in hospitals and about half outside the hospital. E. coli is the most common cause of community UTIs. We haven't seen this yet, but the concern is that [NDM] could move into more E. coli in the community."

The Illinois outbreak included nine patients with positive cultures for NDM-producing E. coli (eight clinical cultures and one rectal surveillance culture) who were identified in northeastern Illinois from March to July 2013, the CDC reported. "One of those first nine cases was in a long term care facility," says Jennifer Hunter, DrPH, a CDC Epidemic Intelligence Service (EIS) officer who investigated the outbreak.

The eight other cases were treated at the same hospital, which HIC has confirmed to be Advocate Lutheran General Hospital in Park Ridge, IL. Hospital officials declined to be interviewed, but provided answers to a few questions via email. (See story, p. 16.)

To determine risk factors for acquiring NDM-producing CRE, the CDC investigators conducted a case-control study that compared the eight infected hospital patients against 27 randomly selected control patients. A history of undergoing ERCP at Lutheran General was strongly associated with case status (six of eight [75%] versus one of 27 [4%]).

"Our leading hypothesis is that the scope became contaminated at some point and the contamination persisted on the endoscope and was transferred from patient to patient," says Lauren Epstein, MD, a CDC EIS officer who investigated the outbreak.

After manual cleaning and high-level disinfection in an automated endoscope reprocesser, cultures were obtained from the ERCP endoscope used on five of the case-patients. NDM-producing E. coli and KPC-producing K. pneumoniae were recovered from the terminal section (the elevator channel) of the device, the CDC reported. (See illustration, p. 15.) The E. coli isolate was highly related (>95%) to the outbreak strain by pulsed field gel electrophoresis. The hospital contacted 91 additional patients who had undergone ERCP, warning them that they had been potentially exposed to a contaminated endoscope. Of the 50 who returned, 23 (46%) were positive for NDM-producing E. coli.

The hospital subsequently decided to expand patient notification to all 243 patients who had exposure to any ERCP endoscope beginning January 1, 2013, but no additional culture results had been reported as this issue went to press. Though the CRE cases identified thus far primarily represent colonization rather than symptomatic infection, the finding underscores how an emerging pathogen can begin taking a foothold in a community population. Indeed, an additional 12 patients with NDM-producing CRE were identified in northeastern Illinois in 2013, bringing the total of known cases in the area to 44, the CDC reported.

"Of the total of 44 patients that were identified throughout this whole investigation, most of which were from this particular hospital, about 14 or so were for clinical cultures, indicating they had some symptoms or clinical manifestations," Kallen says. "But the vast majority were surveillance cultures, suggesting these patients were colonized but the bacteria was not truly infective."

It is also possible that a larger reservoir of NDM CRE may be going undetected, as the colonized, asymptomatic patients would not likely have been identified in the absence of an outbreak. In a CRE outbreak reported in Colorado last year the CDC reported that "acquisition of NDM-producing CRE by some patients was not explained by direct overlap and suggested that undetected, asymptomatically colonized patients were involved in some transmission routes. How NDM-producing CRE was introduced to the facility is unclear."4

The question of CRE introduction and patient travel history is also intriguing in the Illinois outbreak. NDM was first reported in 2009 in a patient who had been hospitalized in New Delhi, India, and travel history and particularly medical care in Asia may be epidemiologically important in investigating NDM outbreaks. For example, in the aforementioned case of transmission of NDM-producing CRE at a Rhode Island hospital, the index case was a patient who had recently been hospitalized in Vietnam. In the Illinois outbreak, three of the CRE patients had a travel history to one of the endemic regions for NDM but they were identified later in the outbreak and none appeared to be the index case that introduced the pathogen, CDC investigators told HIC.

As a result of the CDC investigation, in September 2013 Lutheran General changed ERCP endoscope reprocessing from automated high-level disinfection to gas sterilization. No new cases with exposure to a gas-sterilized ERCP endoscope have been identified. Again, retrospective review and direct observation of endoscope reprocessing by CDC investigators did not identify lapses in the cleaning and disinfection protocol.

"The automated reprocessor was the same for all cases," Kallen says. "Multiple cultures of the AER [automated endoscope reprocessor] did not grow any CRE. The machine was also thoroughly evaluated by the manufacturer. So, although this is possible, we were not able to identify any abnormalities. In total there were three implicated endoscopes — all the same brand and model."

HIC asked Kallen whether it is possible that breaks in infection control protocols were missed during the investigation or that staff had already corrected the problem before the CDC arrived.

"We cannot comment on the practices before we evaluated them except to say that they had been reviewed by the IPs and the manufacturer prior to our arrival and no issues were found," he says. "In addition, at least two [CRE] cases had ERCP after our assessment of their practices. This was before they moved to sterilization. We are not aware of any cases or positive ERCP endoscope cultures since they switched."

Previous studies have shown an association between ERCP endoscopes and transmission of multidrug-resistant bacteria, as the complex design of the endoscopes may make them difficult to clean.5,6

"We know that cleaning an ERCP scope is a little more challenging than cleaning a regular scope because of the complexity and so many different channels," Petersen says. Indeed, the author of one of the published reports indicated that "the problem may have arisen from inadequate processing of the endoscopes given that the terminal parts of some of the scopes contain intricate structures that may harbor biologic debris where [CRE] may multiply and flourish."7

In the wake of the outbreak, the CDC is pursuing several lines of investigation to determine how transmission occurred without lapses in cleaning and disinfection protocols. One is whether CRE has the ability to form persistent biofilms that are particularly difficult to eradicate from a scope. A biofilm typically appears when microorganisms attach on a surface to form a kind of interconnected colony.

"Biofilms might build up [on endoscopes] and might be a source of infections that is hard to eradicate," Petersen says. "But we actually have not seen biofilms like this where it could be identified as being a problem despite optimal practices."

The CDC is researching the biofilm issue, but has not found any distinct differences with NDM-producing CRE compared to other bacteria, Kallen says. "We haven't found that these particular organisms are more likely to form biofilm than other ones that are associated with biofilms like pseudomonas," he says.

Another possibility is that NDM-producing CRE is resistant to the chemicals used for high level disinfection, he adds.

For its part, Lutheran General is staying with the gas sterilization protocol for now.