How many infections occur because no one spoke up? 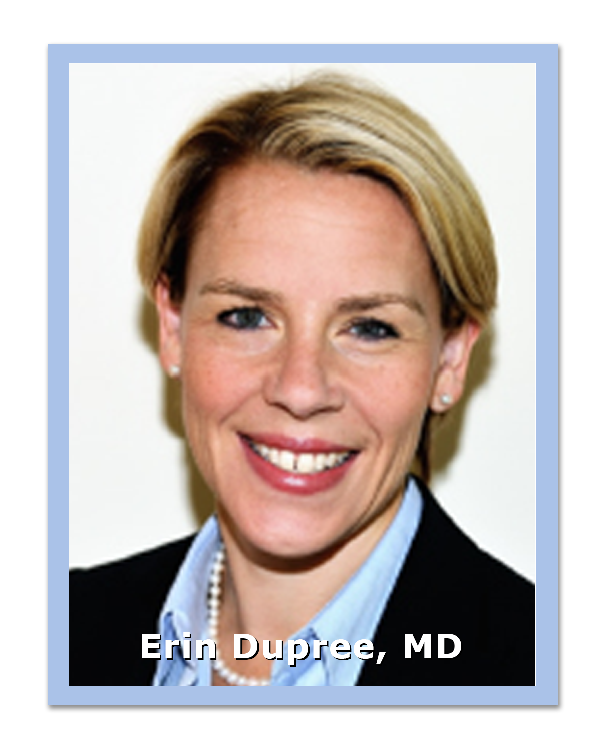 Though it has been 15 years since the national patient safety movement began with the publication of To Err is Human,1 toxic work cultures remain all too common in health care, discouraging innovation and change while bullying workers into silence about unsafe practices.

"I think it is pervasive throughout health care," says Erin DuPree, MD, chief medical officer and vice president of the Joint Commission Center for Transforming Healthcare. "There needs to be the ability for frontline people to speak up when they see something wrong or unsafe — and for them to feel safe speaking up. That’s not what we are seeing in health care right now. It is a culture that is very hierarchical and where the history has been that people are encouraged not to go against the grain or go against the hierarchy."

This hierarchical culture has been the subject of both scholarly research and fiery opinion of late, with Mark Chassin, MD, the CEO of the Joint Commission, citing "nearly ubiquitous intimidating and disrespectful behaviors that suppress the identification and reporting of unsafe conditions." In an article published in Health Affairs Chassin notes that "front-line caregivers — including nurses, pharmacists, physical therapists, housekeepers, and food service workers — report that physicians and non-physicians alike frequently refuse to answer questions or return phone calls, provide condescending or demeaning responses to questions, and deliver outright verbal abuse."2

Chassin could not be reached for additional comment as this issue went to press, but other published reports bear out his concerns. Researchers have identified categories of disrespectful behavior in health care that include the following:

A threat to patient safety

Such behavior is a threat to patient safety because it undermines morale and inhibits cooperation essential to teamwork, the researchers warned. "Disrespectful behavior is rooted, in part, in characteristics of the individual, such as insecurity or aggressiveness, but it is also learned, tolerated, and reinforced in the hierarchical hospital culture," they found. "A major contributor to disrespectful behavior is the stressful health care environment, particularly the presence of production pressure,’ such as the requirement to see a high volume of patients."

In creating a "culture of respect" the institution must develop effective methods for responding to disrespectful behavior while also initiating the cultural changes needed to prevent it, they advise in a separate paper.4 "Central to an effective response is a code of conduct that establishes unequivocally the expectation that everyone is entitled to be treated with courtesy, honesty, respect, and dignity," the authors note. 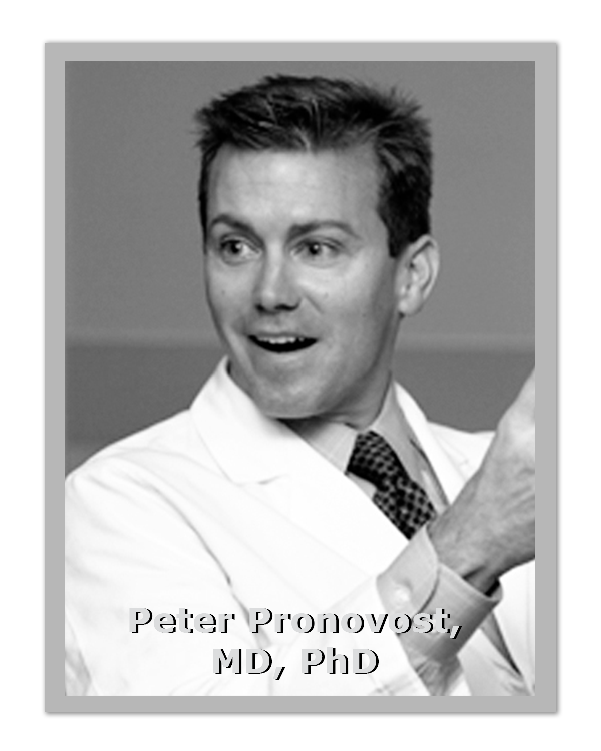 There has been some progress with collaborative approaches that allow health care workers to speak up if they see a breach in protocol that may endanger patients. One of the most notable examples is the checklist protocol to prevent central line associated bloodstream infections (CLABSIs) designed by Peter Pronovost, MD, PhD, director of the Armstrong Institute for Patient Safety and Quality at Johns Hopkins. Pronovost has gone on to design a health care safety culture based on principles of humility and respect. (See related story, p. 40)

"One of the things we learned is that the stories that we tell ourselves either pin us to current performance or they compel us to new pinnacles," he says. "When we started our work the stories we were being told were harm is inevitable, you operate on people, they are going to get infections.’ Then our work changed that to say, No, harm is preventable and I can do something about it.’ We’ve seen that transition for CLABSIs. We still need to see it for other types of harms."

Dramatic reductions in CLABSIs resulted as other hospitals adapted versions of the checklist program, which is rooted in the concept that any member of the clinical team has the right to stop the procedure if a break in aseptic technique is observed.

"The concept than anyone can stop the line’ is a change in health care that is still evolving and emerging," DuPree says. "It has to become widespread. I think there is more awareness of it now and in pockets, and there have been changes across the country, but that is not how health care runs right now." 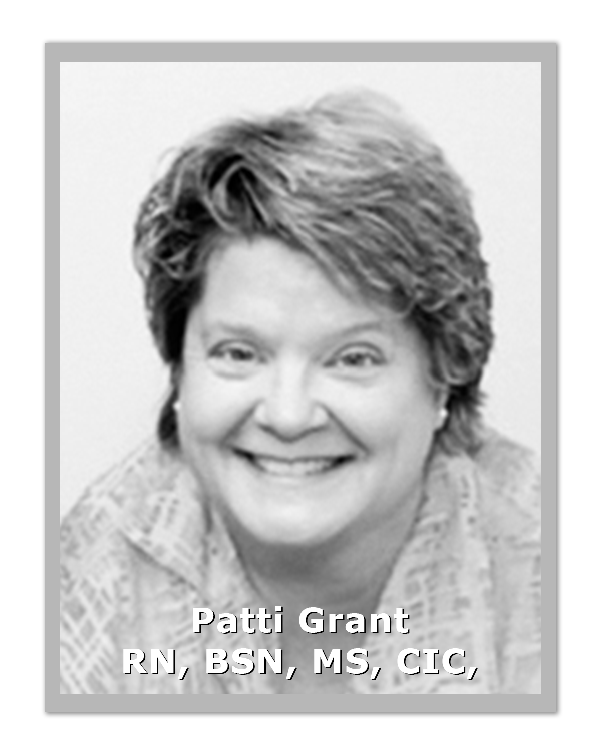 Patti Grant, RN, BSN, MS, CIC, director of infection prevention and quality at Methodist Hospital for Surgery in Addison, TX, recalls a time in a different hospital when she tactfully stopped a physician from inserting a line. Grant called the physician away, saying she had something to tell her about another patient.

"I told her she forgot to wash her hands and reglove. She looked at me and her eyes got huge and said, I just forgot,’" Grant says. "The thing that I learned from that is to discuss things like this out of earshot of the patient — you have to keep the confidence of the patient up. If one looks bad we all look bad. If you are professional and tactful it can be done. I tell that story every time I do general in-services about a culture of safety."

Even if someone complains to hospital administration, Grant says there should be no repercussions from management if you keep everything professional and tactful.

The Joint Commission has a leadership standard that says an "environment should exist for all staff to trust that they can openly discuss issues of safety and quality." However, the standard is rarely cited by surveyors. According to the Joint Commission, standard LD.03.01.01 was cited in only about 1% of more than 1400 hospitals surveyed in 2013.

"This has to be solved by local hospitals," Pronovost says. "This isn’t something you are going to regulate your way out of."

By the same token, the CLABSI checklist is something that has to be embraced and modified by local clinicians to truly be successful, he says.

"It can’t be done to them — it has to be done with them so they co-create it and have local ownership," Pronovost says. "You can’t dictate this work. That is a really a key message that many in health care don’t get. There are 1500 hundred hospitals in the U.S. using it and that means there are 1500 [different] checklists. They are 95% the same, but that 5% [difference] makes it work for them. If we tried to standardize it as one-checklist-fits-all it would destroy it." 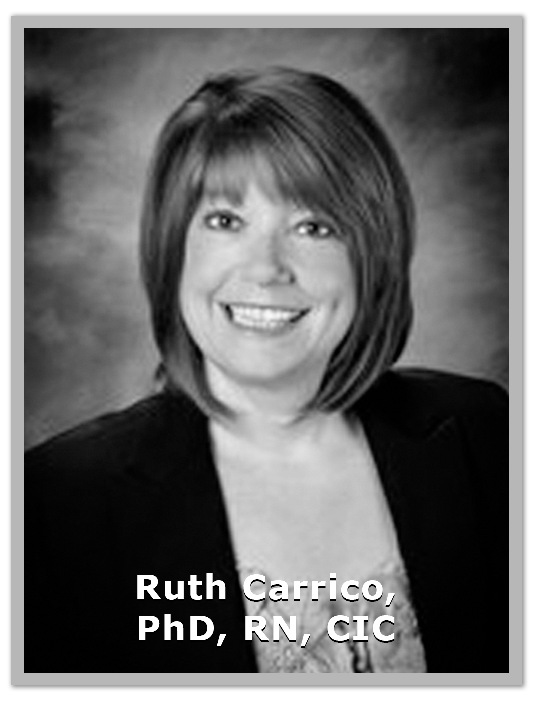 Infection preventionists can be key players in the creation of safe and just cultures, but it will require a skill set beyond the traditional job description, says Ruth Carrico, PhD, RN, CIC, assistant professor of health promotion and behavioral sciences at the University of Louisville (KY).

"We are going to have to move into some areas of knowledge and practice that are out of our comfort zone — leadership, communication, team building, and behavior change — the so-called softer sciences," says Carrico, an IP for many years before going into academia. "I look at infection prevention as possibly being the ultimate example of inter-professional practice and education and communication. We cross all disciplines with all different types of personalities that are going to be involved in both the problem and the solution."

That said, it is still important to try and understand what is driving disrespectful behavior that undermines patient safety cultures in health care.

"The challenge now is to get people to have a shared vision," she says. "Somebody may be passionate about something but it comes out as aggression. Try to figure out what this is really about and quit thinking it is all about you and your feelings. Seek to better understand what they are trying to tell you. And that’s not an easy thing, many of us are used to making fast decisions and have everybody get with the program or get up on the porch and out of the way. But that is not how we are going to be able to solve complex issues."

The Joint Commission is trying to apply work cultures of successful businesses and industry to health care, where the public is still aghast to learn that health care workers don’t even wash their hands for about half of their patient encounters.

In safety cultures in industry "workers all understand and act on their obligation to recognize and report unsafe conditions, inappropriate behaviors, and errors," Chassin notes in the article. "… In addition, workers in these organizations hold themselves accountable for consistently adhering to safety procedures. Imagine a protocol that is as essential to the safety of a nuclear power plant as hand hygiene is to preventing infections in hospitals — it is inconceivable that workers in the power plant would exhibit a compliance rate of only 40%."

But is there something intrinsic to health care delivery that resists such models and compliance rates? For one thing, the frequent lack of compliance with a critical safety measure in a nuclear power plant is going to be apparent very quickly, Grant says.

"In health care there isn’t anything that visible," she says. "It’s a longitudinal thing. We know if you are in a code blue situation and you push the wrong medication everybody knows right then and there — cause and effect — that the patient will have a bad outcome. But if you are inserting a Foley, helping with a central line or you’re in a surgical procedure and there is a breach in the sterile field, the patient isn’t going to get septic within the next five seconds and die. They may still have a beautiful outcome with no problems or they may get sick in 48 hours or five days, seven days. You may not even know that you were the cause. It’s not an accountability issue, you just can’t see it."

In concluding his aforementioned article, the Joint Commission’s Chassin states, "The critics are right. It’s not rocket science. It’s much more difficult ... Our health care quality challenge ultimately is to create something that doesn’t exist anywhere in the world today: hospitals and health systems in which preventable harm does not occur."

"Complicated is rocket science," she says. "We can put somebody on the moon and bring them home if we follow the same billion steps one at a time and then turn around and do it in reverse. Health care is different. Complicated is getting to the moon and back. Complex is like raising kids. No two kids are alike, the situations aren’t the same, and yet you have to figure out with every step along the way all the challenges and the differences that occur and react and respond and think ahead. It is much more difficult than rocket science."