Paradoxically, in order to lead IPs must 'let go' 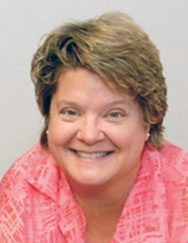 The future of infection prevention hinges in large part on greater public awareness of the vital role IPs play in protecting patients throughout the health care system, an acknowledgement that is needed to preserve and expand program resources, said Patti Grant, RN, BSN, MS, CIC, president of the Association for Professionals in Infection Control and Epidemiology (APIC).

"Until the public demands our presence in health care we are only going to go so far," she said recently in Fort Lauderdale in delivering the annual president's address at APIC's 40th annual conference.

While patients expect and demand clean hospitals, skilled surgeons and even good food, they rarely inquire about the number and expertise level of a facility's infection preventionists.

"When was the last time anybody from the general public walked into a health care facility, went over to the information desk and said, 'I need to know how many certified IPs are in this hospital?' Until the public demands our presence the way they demand all these other things we are not going to progress much further than where we are," said Grant, director of infection prevention and quality at Methodist Hospital for Surgery in Addison, TX.

For example, Consumers Union, publishers of Consumer Reports, began calling for more transparency and accountability on health care associated infections (HAIs) about a decade ago. As IPs began to dialogue with the consumer advocacy group on HAI prevention, Grant wondered why they had not come to APIC in the first place, which has been in existence since 1972. Grant was told the perception was that IPs were "under the radar," she said.

This has been a recurrent theme in infection control, a field that has long labored under what veteran health care epidemiologist Vicky Fraser, MD, once described as "a psychopathology of secrecy." Liability concerns and other HAI issues likely contributed to this early culture, which included arcane — and presumably protective — language like "nosocomial" infections. However, now the public is much more aware of health care infections, even forming groups like the MRSA Survivors Network.

"What are we not doing that people feel they need to make their own organizations to fight infections," Grant asked some 4,000 APIC attendees. "Why aren't they coming to us? I challenge everybody in this room to ask themselves the same question. We've come so far in 40 years, what can we do in the next decade so people will know that APIC is the place to come for not just HAIs but for all infections."

Infection prevention has dramatically moved away from the old passive mindset of benchmark HAI rates and inevitable infections, now pushing for HAI eradication and zero tolerance for non-compliance with proven methods of prevention.

"In order to be successful in the future we are going to have to be obsessed with failure," Grant said. "I'm not saying we have to do a root cause analysis on every infection. I'm talking about no longer tolerating non-compliance at the bedside, in the sterile processing department, anywhere in health care where we know evidence-based practices work and yet we let business go on as usual. That has to stop. We have got to become change agents. We have to stop rationalizing when we see infections happen."

This phenomenon is common in other medical specialties, Grant noted, citing the "Silence Kills" work that has been done by the Association for Operating Room Nurses and other groups. (See related story p. 87.)

"What is it about our health care system that people feel it is OK to watch a procedure or see something done — know it's wrong  and not speak up?" she said.

A rhetorical question that adds some "moral clarity" to the old issue of inevitable infections is: "If it's OK to give an HAI to someone — and we know under even perfect circumstances somebody is going to get an infection — then who is it OK to give the HAI to?" Grant said.

"My mom's had as SSI, my dad has had an SSI, my uncle Bob will never walk again without a walker because a hip got infected and he had to have three surgical procedures," she said. "Everybody in this room probably has a story."

The IPs in attendance should thank their predecessors and the early pioneers in health care epidemiology who established a scientific footing for the fledgling field, she noted. (See related story below) "It was their willingness to learn and their ability to adjust to new experiences," Grant said. "We are here because of their perseverance in paying it forward."

Imagine if an organization like APIC did not exist, she said, recalling her first conference when she entered the field in 1990.

"I have had some phenomenal mentors — I can't believe the people that have blessed me with their teachings — but it was APIC that was my constant through all these years," she said. "There is such an exceptional knowledge base through our membership because we share the vision of health care without infections. I am not talking about the number zero. Our vision of zero infections comes through as zero tolerance with things that we know prevent infections."

Now it is time to reach out to others for help in accomplishing the broader goals of infection prevention, no small task for IPs who are used to being relatively autonomous and self-reliant.

"[The future depends] on our collective ability, our collective willingness to ask for the help of others in the fight against infections," she said. "Who are these other people going to be  where are they going to come from? I'm suggesting that they need to come from outside, from beyond our traditional comfort zone. What I'm saying is to get through the next decade — to really push the envelope — we are going to have to let go."

Unless IPs empower others to take the lead in infection prevention initiatives, the field will not grow beyond the silos and turf wars that have held held sway for decades.

"This is a hard one for me to say because I'm like a control freak," Grant said. "But the best teams I've ever been on are ones I did not chair. As long as I continue to do it they are not going to see it as their own. And they quickly learn that it is a lot harder for me to sit back and plant seeds and allow them to do it on their own. They see that it is not done out of indolence — that I'm not being lazy. "

Of course, IPs must be present to inform and guide the process. "We have to always be there to reel them in when we start hearing things like changing [respiratory air] circuits every 48 hours," she says. "We knew 15 years ago that is not going to help. Remember our APIC tag line is 'spreading knowledge, preventing infections.' This is what IPs do. We've got to learn balance and facilitation."

This new role and increasing demands from other sectors have put IPs under considerable pressure, as inevitable tensions arise as more people are brought into the mission of infection prevention and protecting patients.

"Conflict is inevitable and should be embraced as an inescapable part of learning," Grant said. "Stop and think about everything you've ever learned — most of it was not easy, and certainly in health care, conflict will be involved. We need to learn from those experiences. As we continue to grow and serve, we need to always know when to lead astutely and know when we need to bravely follow."

The shift from the language of "controlling" infections to "preventing" them heralded this change several years ago, as the concept of prevention embraces a much larger group of clinicians and health care workers.

"We call ourselves infection preventionists today not because it's a job title; it's a description that unified us as a body that is fighting infections," Grant said. "It doesn't matter if you're an RN, an MD, an MPH, if you work in microbiology, a respiratory therapist — if your primary function is to help fight infection you are an infection preventionist."