APIC 2014: Saudi IPs say MERS is ‘our challenge,’ but tide is turning with aggressive new measures

Hits those with diabetes, chronic disease

While a number of mild cases are likely going unrecognized — the bottom of the iceberg if you will — the serious MERS infections that are being detected are striking people with underlying medical conditions and killing more than half of them.

A recently published case series — the largest to date — includes 47 cases (46 adults, 1 child) of confirmed Middle East Respiratory Syndrome (MERS) coronavirus.1 Of the 47 cases, 36 (77%) were male. The case fatality rate for all patients was 60%, with 28 of the 47 patients dying. The case-fatality rate rose with increasing age. Only two of the 47 cases were previously healthy, with the remaining 45 cases having underlying comorbid medical disorders that included 32 (68%) with diabetes; 23 (49%) with chronic renal disease; 16 (34%) with hypertension; and 13 (28%) with chronic cardiac disease. All patients had abnormal findings on chest radiography, ranging from subtle to extensive unilateral and bilateral abnormalities.

The findings underscore the need for improved tests to detect a wider epidemiologic spectrum of disease and minimize spread from suspected milder cases to those with underlying conditions that may be at higher risk.

The identification of milder or asymptomatic cases of MERS in health care workers, children, and family members of contacts of MERS cases indicates that "we are only reporting the tip of the iceberg of severe cases and there is a spectrum of milder clinical disease which requires urgent definition," he said. "Ultimately the key will be to identify the source of MERS infection, predisposing factors for susceptibility to infection, and the predictive factors for poor outcome."

The case study findings also show a clear distinction between the emerging infection and SARS, another novel corona virus that spread to North America and other areas of the globe after emerging in China in 2002. 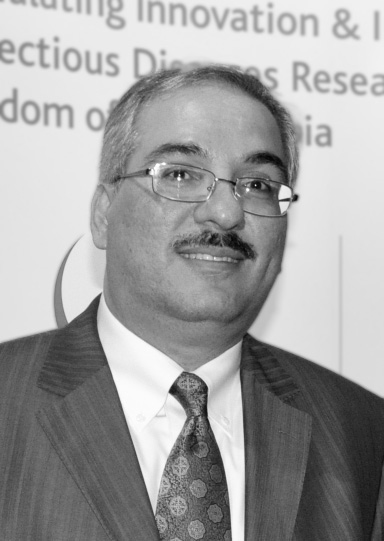 "In contrast to SARS — which was much more infectious, especially in healthcare settings and affected a healthier and younger age group — MERS appears to be more deadly, with 60% of patients with co-existing chronic illnesses dying, compared with the 1% toll of SARS," explains Ziad Memish, MD, the Deputy Minister for Public Health from the Kingdom of Saudi Arabia, who led the research.

Again, the high mortality rate with MERS is "probably spurious" because only severe cases are being detected, he said. "[Though we] are only picking up severe cases and missing a significant number of milder or asymptomatic cases, so far there is little to indicate that MERS will follow a similar path as SARS."

The researchers analyzed epidemiological, demographic, clinical, and laboratory data from confirmed cases of sporadic, household, community, and health-care-associated MERS infections reported from Saudi Arabia between Sept 1, 2012, and June 15, 2013. Common symptoms of MERS patients at presentation were fever (98%), fever with chills or rigors (87%), cough (83%), shortness of breath (72%), and myalgia (15 [32%]). Gastrointestinal symptoms were also frequent, including diarrhea (26%), vomiting (21%), and abdominal pain (17%).

Despite sharing some clinical similarities with SARS (e.g., fever, cough, incubation period), there are also some important differences in MERS. Those include a rapid progression to respiratory failure — up to 5 days earlier than SARS, the researchers found.