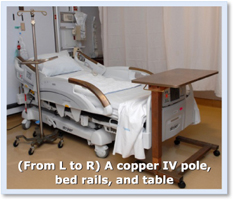 Whether through high-tech innovation or sheer elbow grease, reducing the bioburden of a host of pathogens in the health care environment is taking on unprecedented importance in infection prevention.

Perceptions of the role the hospital environment plays in the annual occurrence of some 100,000 health care associated infections (HAIs) annually have vacillated over the years. The Centers for Disease Control and Prevention noted as recently as 2003 — in guidelines that have since been updated — that “the healthcare facility environment is rarely implicated in disease transmission, except among patients who are immunocompromised. Nonetheless, inadvertent exposures to environmental pathogens (e.g., Aspergillus spp. and Legionella spp.) or airborne pathogens (e.g., Mycobacterium tuberculosis and varicella-zoster virus) can result in adverse patient outcomes and cause illness among health-care workers.”1

While those pathogens are still threats, the dramatic emergence of a host of other bugs that can persist indefinitely on surfaces and fomites has changed the thinking considerably on the role of the health care environment. Outbreaks of Clostridium difficile, norovirus and multidrug resistant gram negatives like Acinetobacter baumani have been ascribed in part to a dogged persistence in the environment that can range from days to months. While citing those pathogens, researchers at the University of North Carolina in Chapel Hill also warned that “multiple studies strongly suggest that environmental contamination plays an important role in the transmission of methicillin-resistant Staphylococcus aureus and vancomycin-resistant Enterococcus spp ... In some cases, the extent of patient-to-patient transmission has been found to be directly proportional to the level of environmental contamination.”2 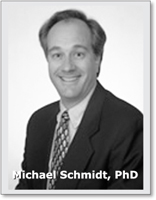 The presence of pathogens on environmental surfaces and fomites creates a reservoir for transmission to patients if left unchecked. Fortunately, these pathogens are being checked by a variety of means, and even possibly checkmated if the killing power of copper is brought to bear. The presence of copper on high touch surfaces like bed rails reduced heath care associated infections in intensive care units in a recently published study.3

That is due in part to copper’s innate ability to cause something akin to a short circuit at the cellular level, drawing out electrons in surface bacteria and creating “an electrical imbalance in the cell,” explains lead author Michael Schmidt, PhD, a professor of microbiology and immunology at the Medical University of South Carolina (MUSC) in Charleston.

“It’s really quite remarkable how quickly it degrades and destroys the DNA,” he says.

As a result, the use of copper on high touch surfaces in ICU rooms led to a dramatic reduction of MRSA and VRE infections compared to non-copper rooms. While the study was underpowered to assess efficacy against C. diff in the clinical setting, there is reason to think it could also kill the spore-forming bacillus. 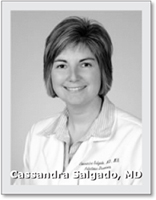 “We know that copper is bactericidal for those organisms in vitro but we just weren’t able to assess it clinically because of our low numbers of those types of infections” says Cassandra Salgado, MD, co-author of the study and associate professor at MUSC.

A comparison between rooms with copper and those without, suggested an efficacy against C. diff, but not to a level of statistical significance, Schmidt adds. “We didn’t see any C. diff infections in our copper rooms, but 7% of the infections we saw in non-copper rooms were C. diff,” he says.

While such engineering weapons may ultimately play a major role in eradicating C. diff in the environment, one of the best current strategies is to use designated cleaning teams — armed with bleach wipes — to kill the spores on high touch surfaces even while the patient is still in the room. The use of these “highly motivated” teams to clean rooms daily led to a sharp drop in C. diff infections, says Curtis Donskey, MD, staff physician at Louis Stokes Cleveland Veterans Affairs Medical Center and an author of the study.4

“We have to see what happens over time, but after our initial six months we did see a 40% reduction [in C. diff infections],” he says. “We’re waiting to see if that is going to be maintained.”

The superior efficacy of the cleaning teams compared to other approaches like UV light disinfection was determined by environmental cultures. That may not be practical for all hospitals, but the practice was critical in determining the best cleaning approach, he says.

“The cultures really helped us drive the improvements that we were able to achieve over time,” he says. “We wouldn’t have known that we still had a problem [with contamination] after the UV device unless we were doing the cultures.” 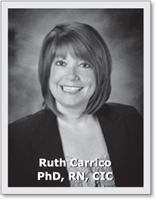 In contrast to culturing the environment to assess the efficacy of an intervention, routine “surveillance” culturing has been discouraged for years. Though the environment is seen as an increasingly important component of infection prevention, IPs should not necessarily start scouring the care environment for positive cultures, says Ruth Carrico, PhD, RN, CIC, an associate professor at the School of Public Health and Information Sciences at the University of Louisville, KY.

“We don’t live in a sterile environment so if you start culturing a surface you are going to find all kinds of organisms,” she says. “The issue is what you do with that information. What is meaningful about the information? I certainly think that there is value in environmental culturing at some point.”

For example, colonized sinks and drains were found to be at least part of the problem in a deadly outbreak of Klebsiella pneumoniae at the National Institutes of Health’s Clinical Center in 2011. The outbreak eventually spread to 17 patients, including 11 who died (six from infection; five from underlying disease while infected).

Among other interventions, epidemiologists and IPs at the center used a vapor of hydrogen peroxide to sanitize rooms and removed sinks and drains where K. pneumoniae had been detected.

“Our epidemiologic investigation revealed that no single staff member, group of health care personnel, or procedure was a likely source of transmission to the non-overlapping patients,” investigators concluded. “However, the possibility of transmission through inanimate objects could not be ruled out and was in fact bolstered by culturing the outbreak strain from six sink drains and from a ventilator.”5

The investigation provides an excellent example of using environmental cultures as part of an outbreak investigation, Carrico says.

“They looked at biofilm in the plumbing system,” she says. “So I think there is a role for environmental assessment, but we don’t want to just indiscriminately start swabbing and culturing patients and the environment. Have a plan in mind with respect to what those results will mean and what kind of intervention they will prompt.”

‘Talking about it not same as doing it.’

The new emphasis on the health care environment has certainly elevated the role of environmental services personnel, but Carrico warns that just paying lip service to some “team” concept is not the same as forging meaningful workplace partnerships.

“It’s becoming more common, but I am not sure it is becoming more effective,” she says. “People are thinking more about it, but is the interaction substantive and are we really working together? Or are we just kind of pulling together and going through the motions to make us feel better. Talking about it is not the same thing as doing it.”

On a practical level, IPs must first overcome any cultural and socioeconomic barriers in communicating the importance of the health care environment to new employees in environmental services.

“When we have a new individual on the environmental services team we have to make sure that very quickly, we break it down and say, ‘I know you do a wonderful job of cleaning your house, but this is different,’” she says. “Starting at square one, put the job context within a professional framework — that what they are doing makes a tremendous difference that will impact the health and safety of every person in the facility.”

That said, environmental care doesn’t just belong to one group of people, just as IPs are not solely responsible for insuring everyone is in compliance with hand hygiene and patient isolation measures.

The economic reality is that hospitals will certainly look for ways to address environmental threats at minimal costs, thus the appeal of using technology and engineering interventions rather than hiring workers and paying salaries and benefits.

In that regard, researchers involved in the aforementioned copper project emphasize that the use of the bactericidal metal does not eliminate the need for hand hygiene and thorough environmental cleaning. “We are still a strong advocate for cleaning,” Schmidt says. “The use of copper serves as an added value to them and helps them do their job because it continuously cleans.”

The concept of self-disinfecting surfaces and patient care items is “extremely intriguing,” Carrico notes. “We have frequently touched items that end up being nobody’s responsibility for cleaning.”

There will be no proverbial magic bullet though, as preventing infections linked to the environment requires multiple interventions and ongoing activities. “I am of the feeling that just educating people to death is not going to do it,” she says. “We are evolving in our practice because we are evolving in our knowledge about the importance of the environment and it’s making us look more closely at everything.”

Though the general assumption is “more is better,” the effect that environmental cleaning and decontamination has on patient outcomes is far from an exact science, Carrico adds. “Do additional log reductions [of pathogens] translate to fewer opportunities to transmit infections? It seems intuitive, but there is still so much unknown,” she says. “We still really don’t know how much is good enough for the general patient. And what about a patient, for example, with a lot of lines, tubes and interruptions in the skin integrity. Is the environmental burden more important?”

Harnessing the killing power of copper

OSHA cracks down on bloodborne violations