Infections cut by 1/3 in CDC collaborative

With strong evidence emerging that infection control interventions and pristine catheter care could prevent thousands of bloodstream infections annually in hemodialysis settings, the Centers for Disease Control and Prevention is urging freestanding and hospital-based dialysis centers to adopt its core collaborative measures nationally. (See box, below.)

Though hospital ICUs have made significant strides in reducing central-line associated blood stream infections, many hemodialysis settings remain at high risk for BSIs. Some 37,000 bloodstream infections occur each year among dialysis patients with central lines, posing a risk of hospitalization and death. According to the U.S. Renal Data System, the rate of hospitalization for BSIs per 1,000 hemodialysis patient-years has increased 51% since 1994. That’s at a cost of some $23,000 per hospitalization.

Can this trend be turned much as it has been in hospital ICUs? The short answer appears to be “yes,” though practices will have to change considerably to see a broad effect nationally. A path to prevention has been forged by the CDC’s Hemodialysis BSI Prevention Collaborative, which began in 2009 and is now open to freestanding and hospital-based outpatient dialysis facilities across the country. Participating facilities measuring BSIs are using the dialysis event surveillance module in the CDC’s National Healthcare Safety Network (NHSN), along with a package of evidence-based practices to prevent these infections. (See editor’s note, below.) A study in press shows the effort is working, as 17 centers reduced BSIs by 32% overall and more than halved (54%) vascular access-related bloodstream infections.1 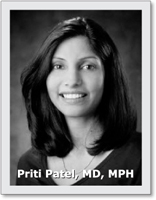 “These are primarily bacterial infections and there is a variety of different kinds of pathogens that might be involved, [including] Staph aureus and coagulase negative staph,” says Priti Patel, MD, MPH, lead author of the study and a medical officer in the CDC’s Division of Healthcare Quality Promotion. “We know that MRSA is certainly very common in this patient population. Dialysis patients are at increased risk of acquiring an MRSA infection compared to the general population. MRSA blood stream infections can lead to various complications like endocarditis and osteomyelitis.”

BSIs in general are a very serious infection that can have mortality rates as high as 25%, though the BSI mortality rate specifically for hemodialysis patients has not been clearly established, she says.

Patients in hemodialysis settings are at increased risk for BSIs in part because their bloodstream is being accessed frequently for prolonged periods, via arteriovenous (AV) fistulas and grafts or through devices like central venous catheters (CVCs). Hemodialysis patients with CVCs have a much higher risk of acquiring a BSI compared to those with AV fistulas or grafts. The rate of hospitalizations for bacteremia or septicemia among patients on maintenance hemodialysis was 116 events per 1,000 patient-years in 2010 — an increase of 51% since 1993, according to the CDC.

“Another big factor is that these patients are frequently hospitalized for a variety of reasons, so they can acquire antibiotic resistant organisms in the hospital setting,” Patel says. “Then they are also frequently exposed to antibiotics for a variety of infections so it is a combination of things that puts them at high risk for [infections with] resistant organisms.”

One key caveat to the overall favorable findings in the collaborative is that 11 of the 17 participating facilities in the study were hospital based. Translating the practices and achieving the infection reductions in typical freestanding centers will be a challenge.

“There are a lot more freestanding dialysis facilities out there in the country then were represented by the group that was working with us,” Patel notes. “We started this project very early on, back in 2009. Infection prevention was not something that was necessarily a familiar concept to most freestanding facilities. It wasn’t something they were thinking and talking about, whereas facilities that were connected to hospitals had infection preventionists who were already doing things in hospitals to prevent central-line associated bloodstream infections. They were really excited about expanding that to this setting.”

Financial incentives by the Centers for Medicare and Medicaid Services (CMS) are being brought to bear on the problem as well, so incremental progress in preventing BSIs may gradually extend to the free standing centers. “CMS is incentivizing all [dialysis] facilities to report their infections to NHSN as a first step,” Patel says. “These particular facilities [in the study] have been working with us since 2009 so they were highly motivated.”

As a result, the study centers were already voluntarily reporting to NHSN, but that remains the exception for hemodialysis settings nationally.

“We really need to get all of the other facilities to start looking at their infection rates and tracking them,” Patel says. “That’s one thing that is being strongly pushed by CMS and incentivized across the country. There are payment incentives for reporting to NHSN.”

The interventions used in dialysis settings were modeled on the highly successful national effort to prevent CLABSIs in ICUs, which became known for starting a “checklist revolution” through the use of basic tools and common sense interventions. (See Hospital Infection Control & Prevention, August 2010, pp. 85-88.) Similarly, the CDC hemodialysis initiative has a “Scrub the Hub” protocol which focuses on the critical aspect of preparing the catheter hub prior to accessing the catheter. (See insert in this issue.)

“We really modeled our efforts after what had been done on the inpatient ICU side,” Patel says. “So we started off with a set of interventions, and for many of those interventions we have checklists and audit tools that go along with those to help facilities actually implement them.”

Though there are multiple interventions, when asked which one or two may be of prime importance, Patel says, “I think if you asked our colleagues in the dialysis centers that worked with us, they certainly felt that things that focused especially on catheter care might be the highest yield,” she says. “Making sure that staff who are properly trained and skilled are doing the catheter care. [That means] actually doing those audits where you observe care to make sure they are following proper practices. And then using chlorhexidine, for example, for exit site care, and making sure to scrub the catheter hub.”

Harnessing the killing power of copper

OSHA cracks down on bloodborne violations