There comes a time in infection control when there are enough epidemiological indicators and sufficient risk of patient harm that one must take decisive action, a la public health pioneer John Snow removing the Broad Street water pump handle to end a legendary cholera outbreak in 19th century London.

In this case the pathogen is Clostridium difficile in 21st century Seattle. C. diff infections (CDIs) were besetting neurosurgical ICU patients with external ventricular drains (EVDs) on continuously systemic delivery of cefazolin as prophylaxis against infections. Driven by the emergence of the highly virulent NAP1 strain, C. diff kills some 14,000 patients a year in the U.S. The NAP1 strain is often resistant to florquinolones, which are commonly used to treat many other hospital infections. The compounding problem — and the reason C. diff was recently cited as an "urgent threat" by the CDC1 — is that antibiotic use in general predisposes patients to acquire CDI, which can emerge after the commensal bacteria in the gut have been wiped out by treatment for other infections. 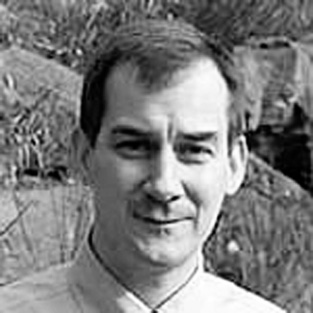 With C. diff causing recurrent infections in neurosurgical patients and threatening other patient groups if infection control measures failed, Timothy H. Dellit, MD, associate medical director at Harborview Medical Center in Seattle, had a decision to make. The epidemiological evidence raised the question of whether continuous antibiotic prophylaxis was causing C. diff in the patents with EVDS, which are placed as drains to prevent fluid buildup around the brain after surgery. Moreover, in reviewing the literature, Dellit questioned how many infections the prophylaxis was actually preventing.

"We said if there really is not data out there to support the use of systemic prophylaxis, and at the same time we may be causing harm with an increased incidence of Clostridium difficile, why don’t we just stop?," he said. "So that’s what we did. We discontinued the use of cefazolin."

The antibiotic stewardship intervention worked, significantly reducing CDIs without triggering any other infection problems in the EVD patients that had been on cefazolin prophylaxis, Dellit said recently in San Francisco at the IDWeek conference.

As cefazolin is a relatively inexpensive drug, the primary cost savings that resulted from the intervention were as a result of the 14 fewer cases of CDI from 2011 to 2012 within that one ICU, he said.

"Each CDI case has an attributable cost of anywhere from $5,000 to $15,000, so the health care cost avoidance can certainly add up quickly," he said.

"We were able to demonstrate that in patients in whom you use an antibiotic impregnated catheter for your EVDs you do not need to use additional systemic antibiotic prophylaxis for the duration that the catheter remains in place," Dellit said. "I think this is a really nice example of how we have to include antimicrobial stewardship along with our infection control practices to get a better control of C. diff."

Of course, the decision to try and reduce CDIs by discontinuing antibiotic prophylaxis was made after a careful analysis of the situation, which was a recurrent problem with CDIs despite use of infection control measures.

"Our approach is really a combination of both infection control — focused on hand hygiene and in particularly with soap and water, the use of appropriate barrier precautions and environmental cleaning," he said. "But we had to combine [those measures] with antibiotic stewardship to decrease the overall selection pressure for Clostridium difficile."

Infection control measures were scrutinized but no clear break in technique seemed to explain the problem, he added.

"We actually did hand hygiene observation audits on every unit every month," he said. "We implemented the use of soap and water [as opposed to alcohol hand rubs]. We did contact precautions not only for the duration of symptoms, but as long as they remained in the intensive care unit. We did monthly environmental cleaning audits on high touch surfaces and we did terminal cleaning with a chlorine-containing product. Despite these infection control measures we did not see a significant impact on the case volume for C. diff infections."

Looking at the patient population two common themes emerged, the primary risk group had EVDs in place, were on systemic antibiotic administration and had antimicrobial catheters.

"One of the things that we recognized is that they were all getting systematic antimicrobial prophylaxis for the duration that the EVD was in," he said. "In other words, they were getting a gram of cefazolin every 8 hours until that EVD came out. And in some of these patients that could be over two weeks. It gave us pause."

Looking at the literature revealed no clear consensus about the use of systemic antibiotics and/or antimicrobial impregnated catheters in EVD patients. However, Harborview clinicians decided to drop the belt and suspenders approach in discontinuing the cefazolin prophylaxis while keeping the antimicrobial-impregnated-catheters. While wary of the patients getting other infections, the researchers expected a drop in CDIs based on other studies that have shown that C. diff can be prevented by scaling back on antibiotic use.