Pandemic flu strain trying to gain footing in China, but no evidence yet of human transmission

Avian flu was spread from patients to health workers

As a novel of avian influenza A virus (H7N9) continues to emerge in China there is a cluster suggesting human-to-human transmission may have occurred, an epidemiologist at the World Health Organization reports. 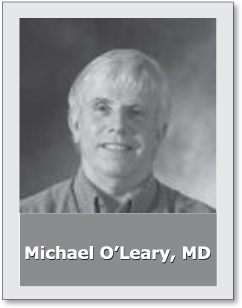 “This week we had one confirmation in the very sad case of the father and his two sons who were also ill,” said Michael O’Leary, MD, MPH, WHO Representative in China.

The father and the younger son died, and blood tests show that both the father and the older son had H7N9. That other son has now recovered from pneumonia, said O’Leary, a former Epidemic Intelligence Officer for the U.S. Centers for Disease Control and Prevention.

“This might be a case of one person passing the disease to another, or they may have all been exposed to the same source of infection,” he said at an April 19th press conference. “I want to clarify that even though we are concerned if the disease can pass from one person to another, it still seems that this does not happen easily, or we would see many such cases. We have not seen easy and sustained person-to-person transmission. This is the situation for which we are most vigilant.”

As of April 19, there were a total of 91 laboratory confirmed human cases with influenza A (H7N9) in China and 17 of those were fatal infections.1 H7N9 had never previously been demonstrated to infect any mammalian species. There have been no cases in the U.S., but the CDC is advising clinicians to be alert for infections in patients with recent travel to areas where the virus is being reported. At the invitation of the Chinese government and public health authorities, the WHO has convened a team of international flu experts to visit the areas affected by the outbreak and offer recommendations on the prevention and control of the disease.

Evidence suggests that poultry is a vehicle of transmission, but only “a handful” of the tens of thousands of chickens and birds tested have been positive for H7N9, he said. No pigs have tested positive.

“Also, virtually none of those animals were sick, in contrast to H5N1, which is the bird flu we are more familiar with. [It] has been with us for more than 15 years,” he said. “With this different situation in animals — the presumed source of infection — we are still uncertain about the source of illness in people.”

Massive culling efforts continue, as China reported slaughtering 20,358 birds in response to detection of the virus in pigeons in the Huhai live bird market in Shanghai.

As with the aforementioned cluster, there are very few cases where contacts of infected patients have become ill. On the other hand, hundreds of people — care-givers, neighbors, family members — have been in close contact with H7N9 patients without acquiring the virus, he said.

“It’s not unexpected that if a person is sick and may be receiving very close care from a very close contact, that once in a while it will pass to the other person. But this is not the same as sustained human-to-human transmission,” O’Leary said. “So that’s what we are very alert for, because this becomes a different situation if the virus were to change in a way that enabled human-to-human transmission. Still, that’s not the case, we hope that will never be the case.”

Another mutation needed to spread

Flu viruses are nothing if not unpredictable, but O’Leary theorized if would take a “separate mutation” of the current H7N9 strain to become more easily transmittable between humans.

The continuing mystery is the source of the virus, which is of avian appearance but seems to be coming from a reservoir beyond poultry. More than half the H7N9 human cases apparently had no contact with poultry, O’Leary said.

“[It] is often difficult to determine all the exposures that the person might have particularly when they are thinking back a bit in time,” he said. “So, in any investigation we don’t really have full knowledge of information about contact.”

Poultry is certainly part of the reservoir of virus, but properly cooked chicken poses no danger of transmission, he emphasized.

“[That] remains our strongest line of investigation because, first of all this is an avian-related virus, and also [with] many — but not all of the cases — [we] have been able to demonstrate a link to poultry,” he said. “[What] is a bit unusual [is that] we haven’t been finding sick poultry effectively. The tests have been done as part of the investigation. There’s been more than 80,000 birds tested so far, with fewer than 40 positive and they were not sick. So that’s unlike some previous investigations [i.e., H5N1 avian flu] where this was a serious infection among the poultry population as well.”

The virus appears to be susceptible to neuraminidase inhibitors, but resistant to the adamantanes. Examination of the gene sequences of the first three isolated viruses indicates changes seen in viral strains with high virulence in mammals. The virus is a triple assortment with all genes of avian origin.2 As a “novel,” i.e., a “non-human” virus, H7N9 has the potential to cause a pandemic in a human population that is likely completely susceptible — if it acquires the capacity to easily transmit between people.

The CDC has started the process of making a seed virus in anticipation of the possible need for vaccine production. The CDC can provide testing for novel H7N9 virus infection, and is also developing a test kit for use by state laboratories.

According to the CDC,3 clinicians should consider the possibility of H7N9 virus infection in persons with respiratory illness who also meet either of the exposure criteria below:

• Patients with recent travel to countries where human cases of novel H7N9 virus infection have recently been detected, especially if there was recent direct or close contact with animals (such as wild birds, poultry, or pigs) or where H7N9 viruses are known to be circulating in animals. Currently, China is the only country that has recently reported novel H7N9 human cases.

• Patients who have had recent contact with confirmed human cases of infection with novel H7N9 virus.