Will you ID diseases or waste time, money on routine pre-op tests on elderly? | Single Article

While the exorbitant costs of health care associated infections (HAIs) have been repeatedly cited as a prime reason for prevention — second only to the higher calling of patient safety — an inconvenient truth was recently revealed by researchers at Johns Hopkins University in Baltimore. Looking at central line related bloodstream infections — which kill some 28,000 patients annually — they found a disturbing disincentive to prevent CLABSIs at the very heart of the health care system — profit.

With some 80,000 CLABSIs occurring annually, it seems unconscionable that hospitals could actually accrue profit when these life-threatening infections occur. However, that appears to be the case, due to misaligned incentives in the payment system that reward higher payments for complications and outlier cases, the researchers found.1

"It’s striking how much money hospitals profit from these infections and how much they cost insurers — the message is overwhelming," says Peter Pronovost, MD,PhD, senior vice president for patient safety at Johns Hopkins Hospital and one of the authors of the study. 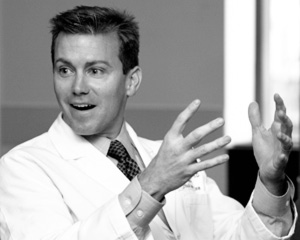 Insurers generally pay most hospitals a predetermined amount for a typical patient’s stay, based on the average cost of providing care to a patient in a similar condition. The payment is set under a diagnostic related group (DRG) that pays a hospital a lump sum for a given patient’s care, which in theory incentivizes care givers to reduce costs of each stay. As "complicated" medical cases, some infections generate higher "outlier payments" from insurers, with hospitals getting a percentage of the charges. Thus, the more the hospital charges, the more it is reimbursed by its insurer.

"The majority of CLABSIs in the study were considered outliers and ensured a large payout," Pronovost says.

In particular, private insurers — as opposed to Medicare and Medicaid — paid a staggering $400,000 more for CLABSI cases than their government counterparts. While the study focused on CLABSIs — infections seen as largely preventable in recent years — the findings raise the question of whether other HAIs may generate profit under similar circumstances.

"It’s beyond [the scope] of the study, but I suspect the results are going to be the same, not just for HAIs, but most other preventable complications including non-infectious ones," Pronovost tells Hospital Infection Control & Prevention. "Hospitals [charge] more and therefore the insurers pay the bill. What was striking in this study was that the non-governmental insurers — the private insurers — spent $400,000 more for a patient who had [a CLABSI]. I think the difference was a $500,000 bill vs. a $100,000 bill [for government insurers]. Think if they just prevented one infection. It’s clearly in their economic interests to support [infection prevention interventions]."

In that regard, the researchers argue that private insurers and other payers would find their dollars much better spent supporting infection prevention interventions and programs than making exorbitant payments for infections.

"The current payment system perversely penalizes hospitals with fewer infections," says Eugene Hsu, MD, MBA, lead author of the study and an anesthesiology resident at Johns Hopkins. "Hospitals should be financially rewarded for preventing harm rather than for treating the resulting illness."

The researchers reviewed records on patients admitted to an ICU at Queen’s Medical Center in Honolulu, HI, from January 2009 through Jan. 1, 2012. Over that time, there were 16 CLABSIs. They compared the data gathered from both the hospital and Blue Cross Blue Shield of Hawaii to determine costs, payments and profit margins for each infection. They then compared that information to data from a control group of 64 ICU patients who were not infected. Results showed that the hospital’s average profit margin for treating an infected patient was $54,906, while the margin for treating a similar uninfected patient averaged $6,506. On average, they found that hospitals lost money in treating each infected patient when the government was paying — an average of $14,000 per infection — while they made $216,000 on average when private insurers were footing the bill.

The findings raise larger questions about the whole concept of "paying for quality" that has become such a prevalent theme of health care reform, Pronovost adds.

"If you look at our national policy strategy to improve quality and improve safety it’s largely the only tool in the toolbox — pay for quality," he says. "That’s what most of the Accountable Care Act and all the other pay for quality [initiatives] are about: If you have higher infection rates we’re going to ding you.’ Emerging over the last couple of years is pretty strong data that pay for quality has done essentially nothing to improve quality. Yet it is the main policy mechanism."

On the other hand, if private insurance companies supported efforts like Pronovost’s much publicized "checklist" programs to reduce CLABSIs, they would save money and help clinicians protect more patients, he argues.

"Given the lack of effect of just paying for quality, I hope insurers enter strongly into this dialogue because they could really help clinicians focus on this effort," he says. "Not by penalizing them if they don’t have an infection but by supporting these peer-led efforts to improve quality and hold [hospitals] accountable."

As previously reported in HIC, Pronovost and colleagues have shown it is possible to dramatically reduce CLABSIs — in some cases to zero for prolonged periods — with measures that have been adopted by individual hospitals and state programs nationally. As a result, CLABSIs — which have mortality rates in the 12% to 25% range — decreased by 58% in ICU patients from 2001 to 2009 in national surveillance data reported by the Centers for Disease Control and Prevention.2 However, CLABSIs have not been eliminated and some hospitals have not adopted these proven methods, Pronovost said.

In any case, the profit-for-infections finding is anathema for a hospital’s image, and it gives fresh ammunition to critics who have long complained that infections are too easily tolerated in health care.

"Obviously I work for a big health care organization so when we first wrote this paper that was one of the questions — doesn’t this look like hospitals are making a lot of money off infections?" Pronovost says.

Indeed, it’s hard to imagine a worse health care public relations problem than the perception that hospitals are profiting off patient suffering and in some cases, death.

"It’s not a question of what it looks like — these are the facts," he says. "I’m not imparting any statements about the hospitals’ motive. Indeed, we had 1500 hospitals sign up for our [CLASBI prevention] program, so they are clearly willing to work on it. Would they work more diligently if they didn’t financially profit or if they even had financial loss if they had an infection? Perhaps. The financing is what it is. We have a system that pays us if we get these complications."

There is some question whether hospitals are completely aware of the direct relationship between CLABSIs and profit, he adds, noting that he has gotten mixed messages from administrators when implementing prevention efforts.

"When we have been working on our national efforts to reduce these infections some hospitals CE0s said, Hey, I’m doing it but you are costing me money,’" he says. "Others said, `This is great because these infections are expensive so I’m saving a lot of money.’ I suspect they were largely shooting from the hip — they didn’t have the data. It was just what their perception was of costs and benefits."

It should be noted that the hospital that opened its records to the researchers was among those that have adopted Pronovost’s program to reduce CLABSIs.

"I think they are still doing the best job they can, but there is no doubting the data we found about the financial disincentives," he says. "But again — at least in our national program — 1500 hospitals signed up to reduce CLABSIs and they reduced it dramatically. So even if it is a disincentive it seems that the clinical safety piece is more powerful and they are focusing on that."

With few hospitals willing to reveal their financial records in such detail, there have been little data generated about the profit and loss of HAIs.

"This may be one of the first studies to get both hospital cost data and insurer cost data because it requires such trust," he says. "One of the things we really wanted to see is when you do these quality improvement programs whose pocket does the dollar stay in? That requires knowing both payer and provider data. It is a small study, but part of the reason it is so novel is that we got a hospital to open their books and an insurer to open theirs to see where the dollar went. We would love to do a larger study. The question is whether we would get a large number of hospitals and a big insurer to open up their books."

Though it was a small study, Pronovost thinks the findings can be generally extrapolated to other hospitals.

"What I hope is that is that insurers and payers partner with clinicans and help support these improvement efforts," he says. "Because what’s happening now is that as hospitals are paid less they are cutting their investments in infection prevention and improvement efforts. There are very little resources and what we can see is that if insurers could help seed or support these efforts they would get a huge return on their investment."

The findings add considerable perspective to some of the comments made recently at a Clostridium difficile prevention meeting in Baltimore, where a Centers for Disease Control and Prevention epidemiologist warned that one of the barriers to prevention was misaligned incentives in the health care reimbursement system.

"We hear or read all kinds of literature about the cost of an HAI or the cost of an adverse patient event, but what you don’t read very much about — because there is very little data on it — is what are a hospital’s margins on an adverse event," said L. Clifford McDonald, MD, FACP, chief of the prevention and response branch in the CDC Division of Healthcare Quality Promotion. "Hospital margins are not at all clear. Most of their costs are what is known as fixed costs’ — you have all of these costs that go on. It is not always clear that hospitals lose money on HAIs. It’s just a fact." 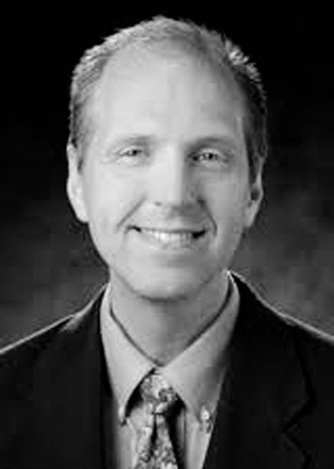 While essentially suggesting that HAIs are factored in as part of the overall cost of doing business, McDonald added that hospitals may try to bring in DRGs that reimburse at higher levels — typically for care delivered in intensive care units.

"Sometimes they do [lose money on HAIs] because they are in a market where they could get a much higher reimbursing DRG," he added. "This is where you will find sometimes that CFOs and CEOs are much more interested in the capacity of your ICU than anything else because you can get another higher-reimbursing DRG into an ICU after a CABG or something like that. This all has to do with why we have surgeons who don’t wash their hands and do whatever else they want, and no one from the central office ever jumps on them. Why? Because they bring in all these highly reimbursed DRGs that have a high positive margin. This is the underbelly — what we really don’t want to talk about. But this is the reality of what is going on in health care. It is a volume driven system. It is not a quality driven system. It is not an outcomes driven system."