Infection preventionists must raise a "common voice" in support of the measles/mumps/rubella (MMR) vaccine to overcome the misplaced fears and false information that have led to recurrent outbreaks in unvaccinated populations, an IP urged recently in Fort Lauderdale, FL at the 40th annual meeting of the Association for Professionals in Infection Control and Epidemiology (APIC). 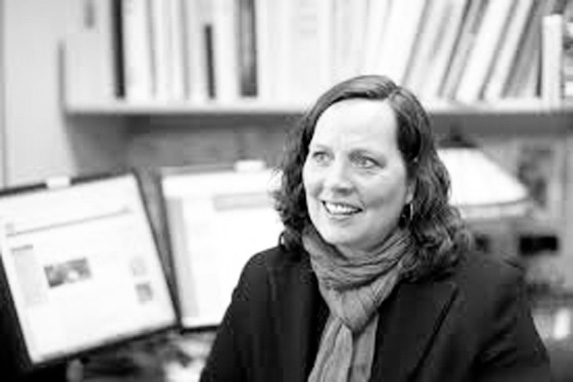 In describing the massive disruption and chaos her hospital and community faced after a measles outbreak began among an unvaccinated group of people from Somalia in 2011, Stinchfield warned that similar unvaccinated groups in other states are only one exposure away from infection.

"It’s sort of like the perfect storm," she said. "You get a group of people and they choose not to be vaccinated for whatever reason. They live closely together, [but] they’re out in the world and the community. If they have one single exposure it goes through that community like a match on tinder."

Indeed, a recent measles outbreak among an unvaccinated Jewish community in New York City resulted in some cases of pneumonia, hospitalizations and one miscarriage, according to published reports. Interestingly, the index case in the New York outbreak was a visitor from the United Kingdom, where a large measles outbreak in Swansea, Wales has prompted UK officials to begin a mass MMR vaccination campaign.

The outbreak described by Stinchfield and subsequently reported by the Centers for Disease Control and Prevention began on March 2, 2011 when the Minnesota Department of Health confirmed measles in a nine-month-old infant in Hennepin County. In the following month, investigation of contacts and heightened surveillance revealed a total of 13 epidemiologically linked cases. Seven of the 13 cases were of Somali descent. Eight patients were hospitalized. Vaccination status was known for 11 patients: five were too young to have been vaccinated, and "six (all of Somali descent) had not been vaccinated because of parental concerns about the safety of the MMR vaccine," the CDC reported.1 Stinchfield showed a slide of a young child with measles infection so severe he was attached to various medical devices in an intensive care unit bed. The child survived and his mother — who turned down the MMR vaccination for him — insisted the photo be shown to underscore the severity of measles, she said.

In 1998 the British journal The Lancet infamously published a since-retracted "study" that fueled fears that the MMR vaccine may cause autism. The article was retracted by the journal in 2010 after years of controversy and criticism from the medical community. The journal published the following statement in retracting the article:

"Following the judgment of the UK General Medical Council’s Fitness to Practise Panel on Jan 28, 2010, it has become clear that several elements of the 1998 paper by [Andrew Jeremy] Wakefield et al are incorrect, contrary to the findings of an earlier investigation. In particular, the claims in the original paper that children were consecutively referred’ and that investigations were approved’ by the local ethics committee have been proven to be false. Therefore we fully retract this paper from the published record."2

Wakefield issued the following statement at the time of the retraction: "The allegations against me and against my colleagues are both unfounded and unjust and I invite anyone to examine the contents of these proceedings and come to their own conclusion. In fact, the Lancet paper does not claim to confirm a link between the MMR vaccine and autism. Research into that possible connection is still going on."

In any case, the damage done continues to echo on the Internet, where concerned parents may find a wealth of misinformation circulated by anti-vaccine groups. The fear continues, though there are "two dozen great studies" showing no link between MMR vaccine and autism, Stinchfield says.

"[The study] has been retracted and is known to be false information, but that myth really still prevails. A lot of people still believe it; they’re worried about it" she said. "Sometimes people say, I see autism all over the place, and I don’t want a child with autism. I really don’t ever see measles and how bad can it be? It’s a rash, they have a runny nose, they have a fever — it’s going to end, whereas autism is for their whole life.’ But there is no relationship [between MMR vaccination and autism]."

Thus, hospitals and public health officials must remain vigilant for outbreaks of a highly contagious airborne disease that had already been declared eradicated in the U.S. A single case entering a hospital emergency room can set off an outbreak response that includes time-consuming and disruptive follow-up of patients and health care workers. Stinchfield did not have a cost estimate for managing the measles outbreak at her hospital, but previous investigations have tallied staggering sums. For example, a single imported case of measles ultimately cost two Arizona hospitals some $800,000, with much of the expense related to ensuring the immunity of employees and furloughing workers.3