Antioxidant Use During Chemo- and Radiotherapy for Cancer

Antioxidant Therapies: A Contraindication for Melanoma?

Synopsis: In vitro and an in vivo animal model show that an extract of Moringa oleifera leaves has antioxidant effects, decreasing liver damage from a high-fat diet.

The researchers in this study used a mouse model to mimic nonalcoholic fatty liver disease (NAFLD) from a high-fat diet and to study the effect of an extract of Moringa oleifera (moringa) on that liver pathology. Some of the liver injury in NAFLD occurs because of beta-oxidation of fatty acids and an overproduction of reactive oxygen species. The authors’ hypothesis is that moringa has a hepatoprotectant mechanism of action by moderating oxidative stress, a complex and somewhat controversial topic for many disease processes. For example, the researchers list several phytochemicals in moringa that have antioxidant effects (see Table 1). 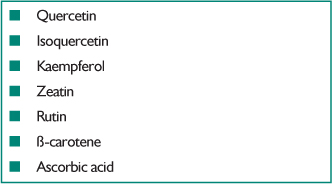 The researchers collected leaves from one tree in a specific region of India, washed the leaves with distilled water, and then dried, crushed, and powdered the leaves. Afterward, the powder was extracted with 50% alcohol, the alcohol was evaporated, and the extract was then reconstituted in water. The researchers did not attempt to standardize or further characterize this preparation.

The extract was analyzed for various characteristics, including total polyphenol content, free radical scavenging activity (as estimated by the DPPH test, a standard in vitro analytic technique), hydroxyl radical scavenging activity, and metal chelating activity. The extract was then given to Swiss strain male albino mice. First, a pre-experimental phase (data not shown) was undertaken to determine that the optimal dose for the actual experiment was 150 mg/kg of body weight. Then, five groups of mice (n = 6 each) were treated according to a specific protocol for 15 days (see Table 2). Of note, group 4 was created to analyze the “curative” effects of the moringa extract, after the liver injury from a high-fat diet had presumably already occurred. Subsequent testing included blood analysis for liver function, liver histology, and liver homogenate antioxidant and lipid peroxidation status.

The researchers documented that the moringa extracts contained “rich” concentrations of polyphenols, and higher DPPH radical scavenging activity and metal chlelating activity than the control preservative compound BHA. The moringa extracts had a variety of effects in the animal model. Moringa appeared to attenuate weight gain in mice fed a high-fat diet (both groups 4 and 5). In the high-fat diet group without moringa, a lowering of liver antioxidant status and glutathione levels was documented; alternatively, when moringa was added, liver antioxidant status and glutathione concentration was maintained (P < 0.05). The trend continued for the remainder of the parameters measured in this study, including liver function tests and histology; adverse effects of a high-fat diet were reversed or prevented in groups 4 and 5, the groups receiving the moringa extract.

Moringa oleifera is a tree native to Asia, with centuries of traditional medicinal use for almost every body system.1 The tree is now known throughout the tropics and subtropics, including Latin America. A testament to the popularity of this plant as a medicine is a recent report by the Latino television network, Univision, partly spurred by interviews about its medicinal effectiveness by Fidel Castro, the ex-President of Cuba.2

The extent of research, both human clinical trials and in vitro research, coming out about the antioxidant and anti-inflammatory effects of different plants (especially tropical fruits) is truly staggering. Now we can add to that list Moringa oleifera, albeit this study is about a leaf extract, not a fruit juice. Will the leaves of this plant trump pomegranante juice, blueberries, or cranberries in the search for the best antioxidant? It is hard to say, but the study reviewed here is an example of the intriguing results that may lead to increased interest in Moringa oleifera.

The researchers convincingly documented the antioxidant effects of moringa leaf extract, which agrees with other results in the medical literature about its antioxidant phytochemicals and in vitro effects.3 Less immediately or intuitively obvious is the relevance of this short-term dietary insult in albino mice to human nonalcoholic fatty liver disease, though the researchers provide numerous citations for an oxidative pathophysiological mechanism of action relevant to NAFLD, nonalcoholic steatohepatitis, and cirrhosis; this 15-day mouse model may at least approximate part of the NAFLD disease process. The common theme seems to be oxidation and resulting inflammation. It seems compelling, then, that an antioxidant and anti-inflammatory intervention with a plant like Moringa oleifera might just be what the doctor ordered, so to speak. It remains to be seen whether the 15-day effect of a high-fat diet is similar to our NAFLD patients’ pathophysiological changes, or if 15 days of simultaneous moringa extract ingestion constitutes “prevention” (group 5), whereas 5 days of ingestion is “treatment” (group 4). It goes without saying that follow-up studies, especially in humans, are needed to clarify the use, efficacy, and safety of moringa leaf extract for this indication. At this point, it is too premature to recommend moringa supplements for people with NAFLD, but it is something to keep on the clinical radar as research results accumulate.