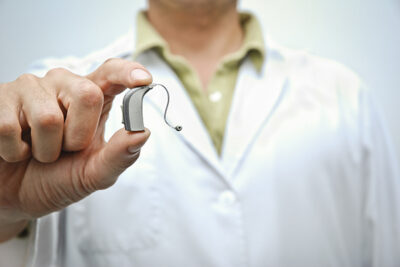 The FDA this week finalized a rule that establishes a new category of over-the-counter (OTC) hearing aids, ending a years-long saga, and providing a win for consumer advocates.

After reviewing hundreds of public comments made after the rule was proposed in October 2021, the FDA has created a category that applies to certain air-conduction hearing aids for Americans age 18 years and older living with perceived mild to moderate hearing impairment. These devices could be sold at a lower price online and in retail stores starting this fall. More than 28 million Americans could benefit.

“We see the arrival of OTC hearing devices as having the potential to usher in a new era of more affordable, innovative hearing device options, particularly for those consumers with hearing loss who, for whatever reason, have not explored the benefits that traditional hearing aids can provide,” the Hearing Loss Association of America (HLAA) said. “With thoughtful oversight by the FDA, information and education from government agencies … as well as manufacturers, and engagement with HLAA and other consumer-facing organizations, we look forward to a time when everyone who needs hearing technology can find, purchase and benefit from the right solutions for their individual needs.”

In 2015, the President's Council of Advisors on Science and Technology recommended federal regulators make it easier to access hearing aids. In 2016, the FDA announced plans to revise existing rules to make the devices available OTC. In 2017, the bipartisan Over-the-Counter Hearing Aid Act became law and was meant to expedite the rule revision process.

Flash forward to July 2021 when President Biden issued an executive order on promoting competition in the economy, which, among other things, directed the secretary of Health and Human Services “to promote the wide availability of low-cost hearing aids, not later than 120 days after the date of this order, publish for notice and comment a proposed rule on over-the-counter hearing-aids.” In a Facebook post on Tuesday, Sen. Elizabeth Warren, D-MA, a strong proponent for OTC hearing aids, credited this executive order with putting “the process back on track to deliver to those in need.”

The effective date for the final rule is 60 days after publication, which means OTC hearing aids could be a reality in mid-October. Already, groups like the HLAA and the American Academy of Audiology have published extensive explanations to help practitioners and consumers better understand the new landscape.