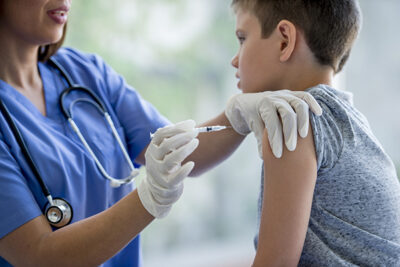 Parents who received text message reminders were more likely to take their child for the second dose of an influenza vaccine at a higher rate and sooner vs. parents who did not receive the reminders, according to the authors of a recently published paper.

Researchers conducted a randomized, controlled trial during the 2017-2018 and the 2018-2019 flu seasons. The authors sought parent-child “dyads” for kids age 6 months to 8 years who required a second flu vaccine dose. Investigators recruited from 50 pediatric primary care offices across two dozen states. In the final cohort of more than 2,000 dyads, half were publicly insured, with most children ranging in age between 6 and 23 months.

The authors of an accompanying editorial called the “low-cost, accessible” text message approach “a promising intervention,” but not before listing some caveats. The editorialists described participating parents as “motivated caregivers who already brought their young children in to receive the first dose of the influenza vaccine and were not vaccine-hesitant.” In other words, these investigators might have been preaching to the choir.

The text messages were detailed and customized, with an option to choose English or Spanish as the preferred language; investigators did not test a complex text vs. simple text approach. Additionally, the editorialists noted the authors of future studies should use a wider-angle lens regarding social determinants of health (e.g., cellphone ownership, transportation availability, time off work opportunities to take children for physician visits).

“The successful results from this study should not be misinterpreted to indicate that all it takes are a few simple text message reminders to get caregivers to bring their children back in for a second dose of the influenza vaccine,” the editorialists wrote. “Pediatricians and health practitioners who wish to implement similar practices with their own patients must ensure they have the resources and information to personalize messages and are available to respond to any patients who reach out for additional information.”

For more on this and related subjects, be sure to read the latest issues of Hospital Case Management, Hospital Infection Control & Prevention, and Infectious Disease Alert.