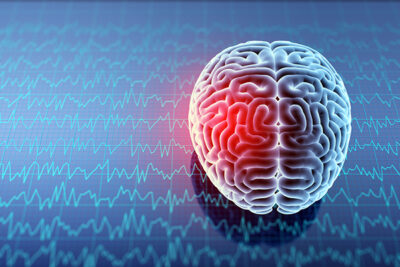 Taking a measurement of two blood biomarkers on the day a patient sustains a traumatic brain injury (TBI) could help clinicians better predict what will happen to those patients six months after the accident.

In an observational cohort study, investigators studied the data on nearly 1,700 patients age 17 to 90 years who were evaluated for TBI at 18 Level I Trauma Centers across the United States. On the day of injury, clinicians had taken plasma samples from eligible patients. From these samples, researchers paid attention to the levels of glial fibrillary acidic protein (GFAP) and ubiquitin C-terminal hydrolase L1 (UCH-L1), two key biomarkers used in diagnostic decision-making.

After six months, the authors reported 120 patients died, 235 experienced an unfavorable outcome (i.e., vegetative state, severe disability requiring daily assistance), 1,135 had not completely recovered, and 561 recovered fully. Patients who recorded the highest levels of GFAP and UCH-L1 were at greatest risk of death, with most deaths reported in this study occurring within the first month after TBI.

Generally, it seems these biomarkers are of greatest diagnostic value for patients with moderate or severe TBI. However, the authors reported the results were mixed when it came to predicting who would experience incomplete recovery (i.e., some degree of disability, but patient still could live independently) after six months.

For more on this and related subjects, be sure to read the latest issues of Neurology Alert and Trauma Reports.